A woman had allegedly made a booking and checked in online for her Dream Cruises trip only to be denied entry as the cruise was overbooked on Nov. 26.

Going by the name of Carys on TikTok, she shared her experience in two videos, which have been viewed more than 100,000 times so far.

On Nov. 26, Carys posted a video saying that she arrived at the cruise terminal on time, got her swab test done, and waited for an hour for the results that were sent to her via SMS at 6:25pm. 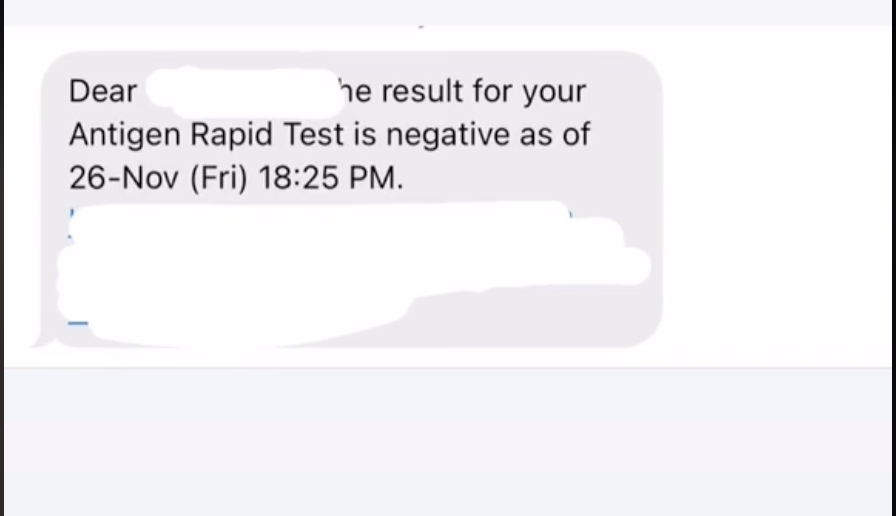 She then proceeded to check-in before the stipulated last boarding time at 7pm, but was told by staff that the cruise had been overbooked. In addition to this, when asked for the reason she was denied entry, the staff allegedly responded in a rude manner, saying "Don't you know the cruise is always overbooked?"

She was handed a slip of paper titled "passenger denial" that stated:

"Without prejudice, this is to certify that the passenger(s) listed below were denied boarding World Dream on 26 November 2021 for the following reasons: Overcapacity." 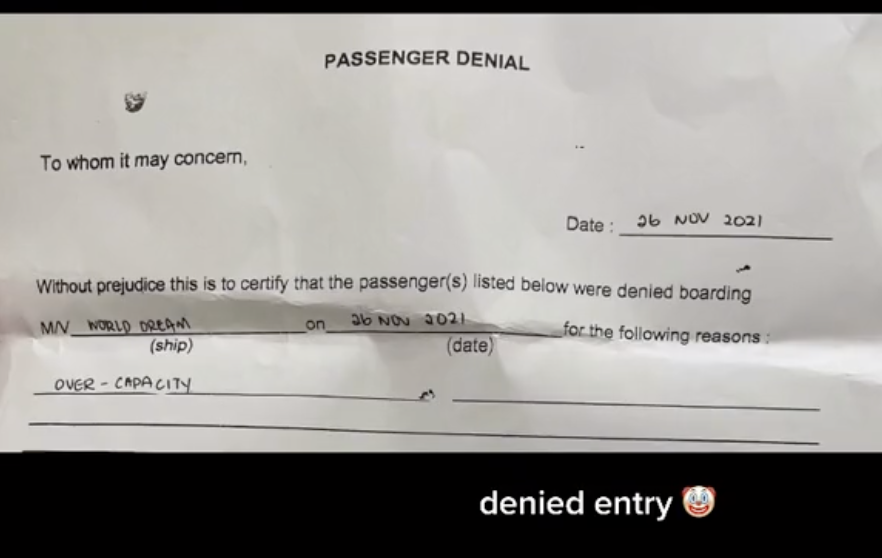 The passenger went on to say that she had made a booking for the cruise in August and even checked in online before heading to the cruise terminal.

Angered by the situation, she said:

"If that's the case, then what's the point of having a booking in the first place? Why is it our problem and why are we taking sh** for it?"

She was also upset that she wasted her time travelling to the cruise terminal and spent money to park her car at the terminal.

Above all, she claimed that she was not told if she was getting a refund for the cruise, and added that she was "sent home without any instructions on what to do or what the cruise would do to rectify this situation".

In her second video, Carys clarified that she emailed Dream Cruises to request a refund.

Many pointed out in the comment section that overbooking is common in both the airline and cruise industries.

However, some commenters were outraged at how Dream Cruises allegedly handled the situation.

One said: "How can they overbook but not offer a new trip or refund? Isn't that a scam?"

Another commented that the cruise should have a better system in place to manage excess bookings instead of telling customers that cruises are "always overbooked".

In response to Mothership's queries, a Dream Cruises spokesperson said:

"With regard to the reported incident, we would like to firstly apologise to the guest for the inconvenience caused."

Dream Cruises added that they have reached out to the guest to understand her situation and the matter has been resolved.