Age: Between the ages of 52 and 93 years old. All, except one unvaccinated case, had various underlying medical conditions.

Unstable and under close monitoring in the ICU: 46

Critically ill and intubated in the ICU: 64 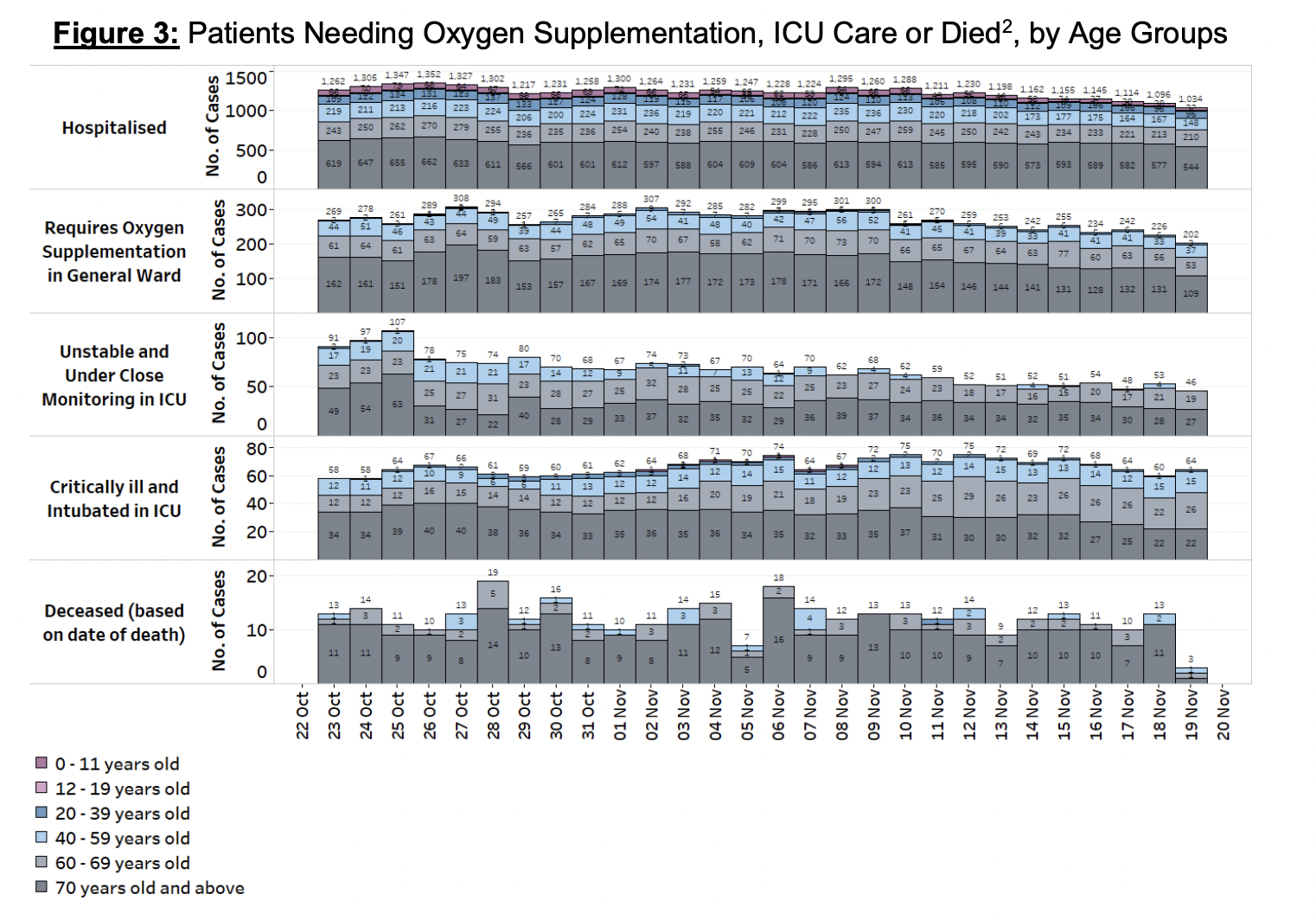 MOH is monitoring five active clusters, which have already been ringfenced through tracing, testing and isolation. 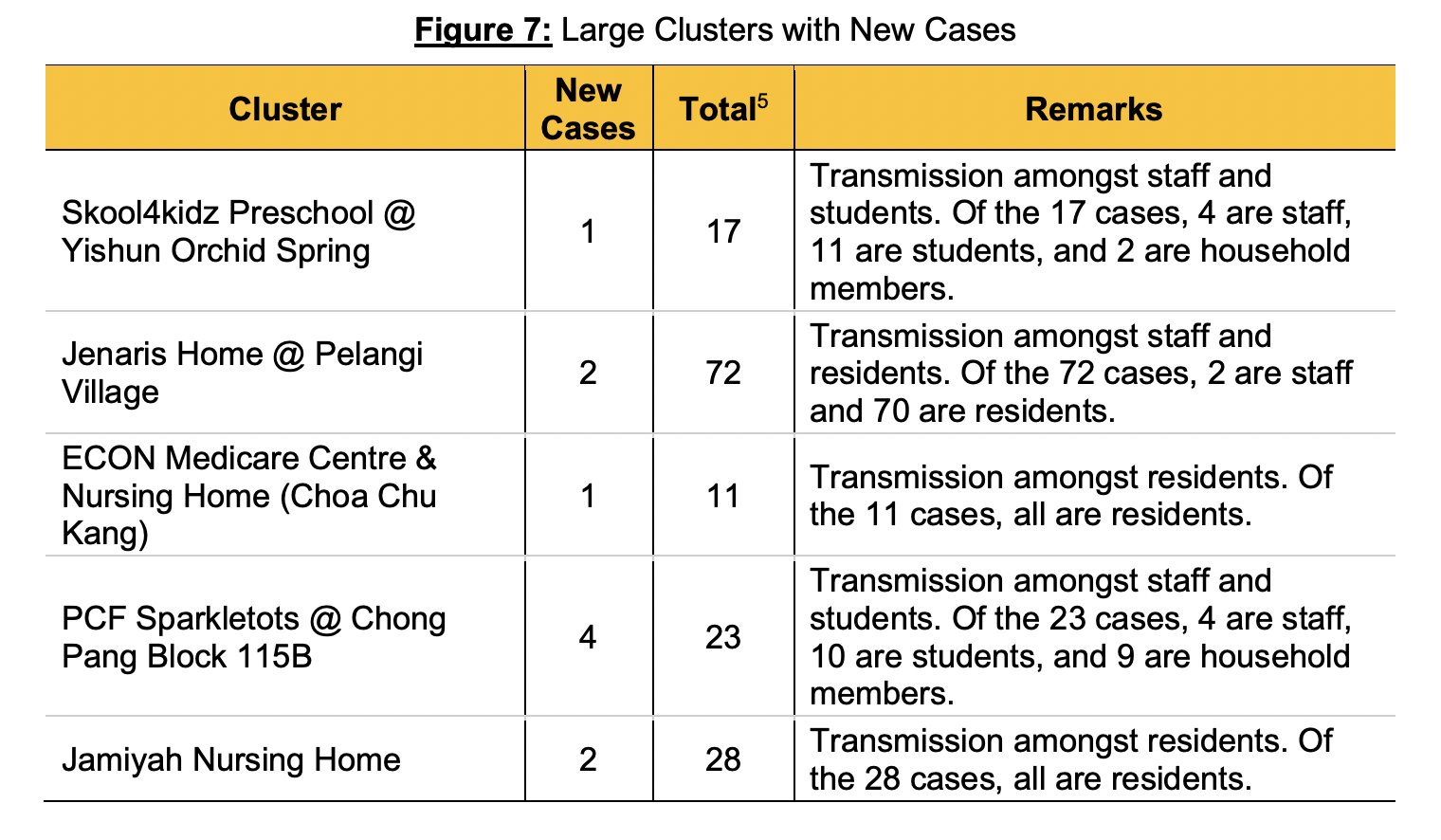