A Peeping Tom was allegedly caught red-handed in the act in Tanglin Shopping Centre in the Orchard area while looking into a toilet cubicle stall when it was occupied by another male person.

A video of the incident was put up on Instagram on Oct. 18.

A scene from the video clearly showed a man's head at the top of a cubicle stall and that moment appeared to have been captured using a phone's front-facing camera. 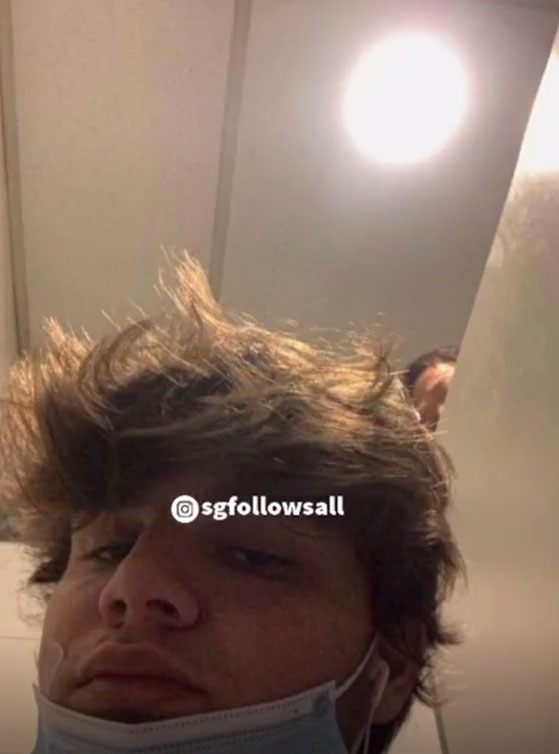 The video lasted about 34 seconds, and was chaotic at times with the victim shouting at the alleged perpetrator.

The perpetrator could also be heard begging to be let go, but was chased down by the supposed victim.

In response to Mothership.sg's queries, the police confirmed a man has been arrested.

On Oct. 18, 2021 at 12.45pm, the police were alerted to a case of voyeurism at 19 Tanglin Road. A 39-year-old man was arrested in relation to the case. Police investigations are ongoing.

A breakdown of the video is as follows:

1. A man's head could be seen at the top of the toilet cubicle hoarding. The photo was shot by the toilet user.

2. The next scene was of the alleged perpetrator kneeling down. Dressed in a blue long-sleeved shirt, he was speaking and looking down at the ground, rendering his words unintelligible, but he was apparently saying, "Forgive me, please." 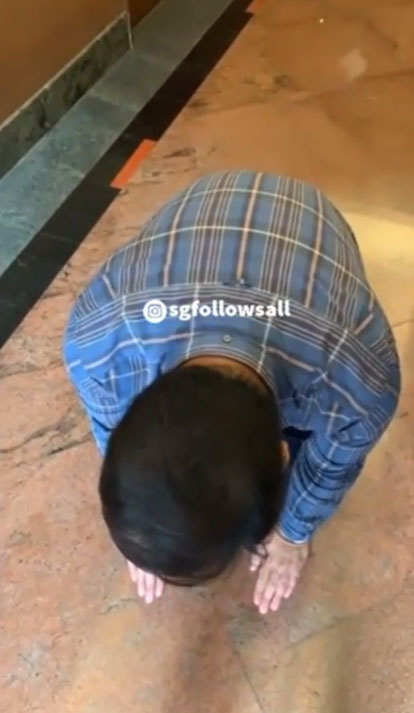 3. In the next still photo, he was then seen covering his face with one hand, and using his other hand to block the camera lens. 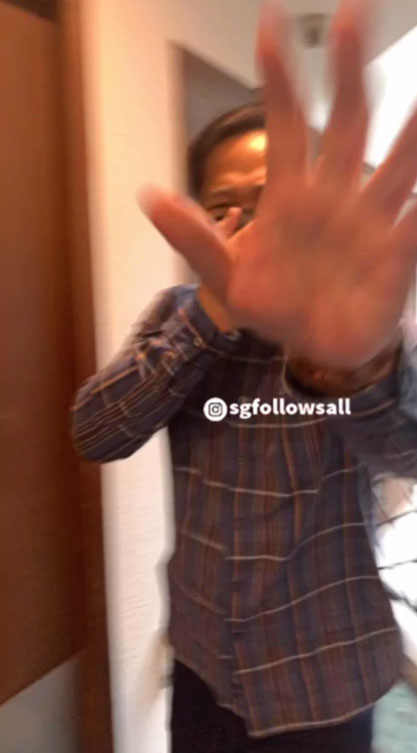 4. The next short clip showed other people at the scene, with one of them on her phone. It appeared as if these other people were alerted to the man's alleged Peeping Tom actions.

5. The next scene was of the alleged perpetrator moving away from the victim. The victim could be heard shouting: "You were looking over the ****ing stall."

6. After which the alleged Peeping Tom could be seen running down the stairs while being chased.

The accused said: "Stop taking. Please forgive me. Beat me up, beat me up." 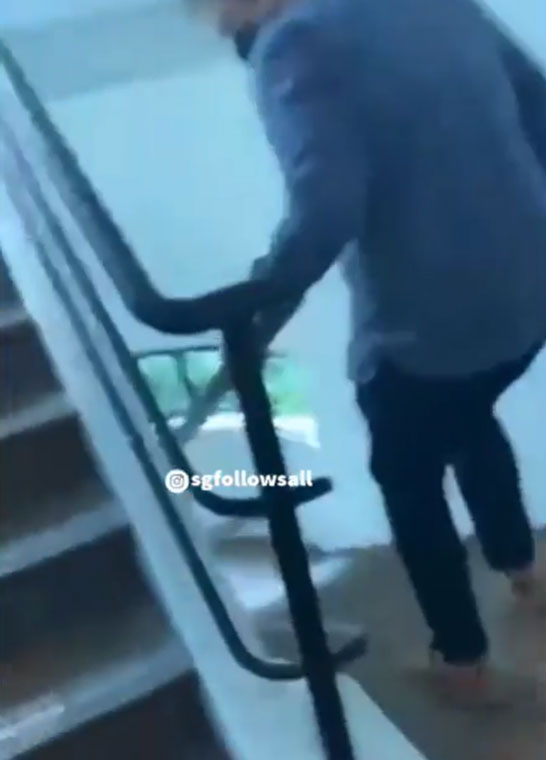