A 46-year-old male Malaysian Work Permit holder has been arrested for his suspected involvement in a case of armed robbery.

The robbery occurred yesterday (September 2) at a pawnshop along Woodlands Street 31.

The Police were alerted to the case at around 5.50pm.

Preliminary investigations revealed that the man had allegedly showed a female staff in the pawnshop a handwritten note which read in Mandarin:

"Do not shout, I only need money. I have a knife on me, I do not wish to hurt people."

He then allegedly confronted a male staff with a knife. The male staff complied with the man’s instructions and handed over cash amounting to about S$24,400.

The man subsequently fled the scene with the money and two pieces of jewellery valued at S$10,747.

According to Commander of Woodlands Police Division, Deputy Assistant Commissioner of Police Ang Eng Seng, the man tried to evade detection by escaping via various modes of transport such as bus, taxi and motorcycle.

However, using forensics technology and CCTV footage, officers from the Woodlands Police Division, Criminal Investigation Department, Police Intelligence Department, Police Operations and Command Centre, and Public Transport Security Command established the identity of the man and arrested him within 16 hours of the incident.

He was arrested at a residential unit along Sembawang Road.

Gambled away part of the stolen money

During the arrest, the officers also seized a knife, a handwritten note, two pieces of jewellery, a shirt, a pair of pants, and a bag as case exhibits. They also recovered cash amounting to S$4,454.

Here are the items recovered by the Police: 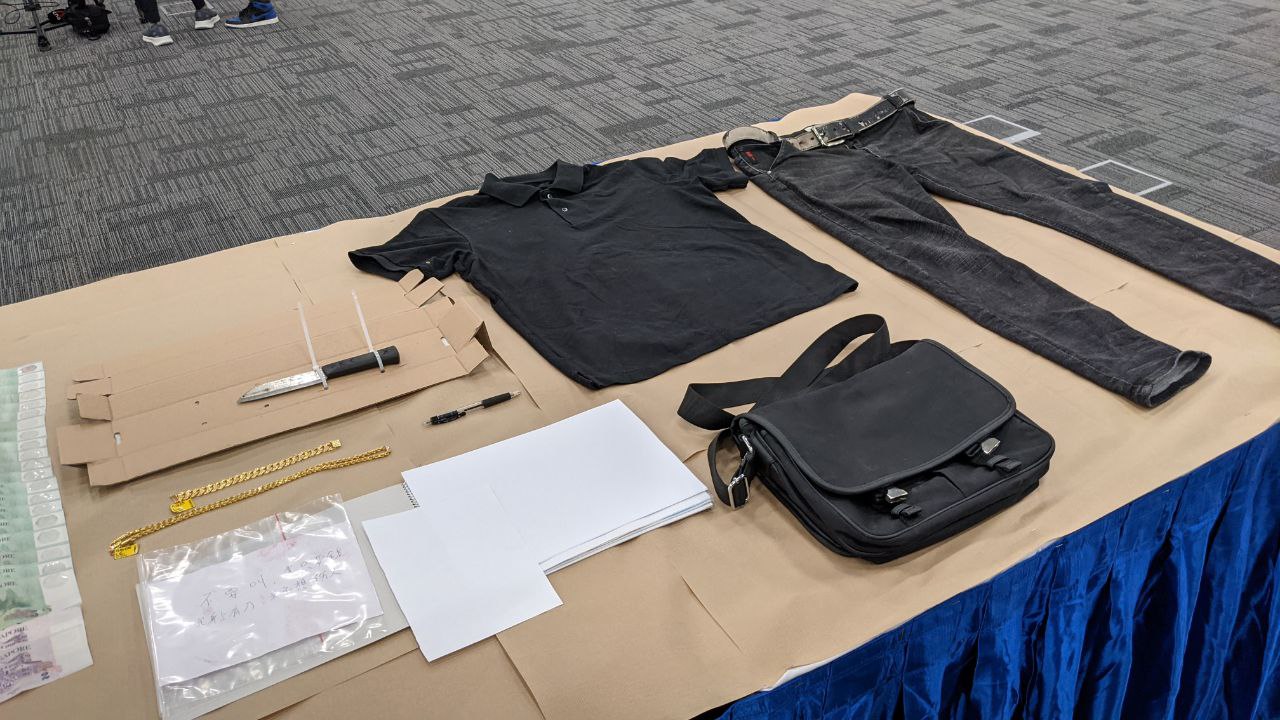 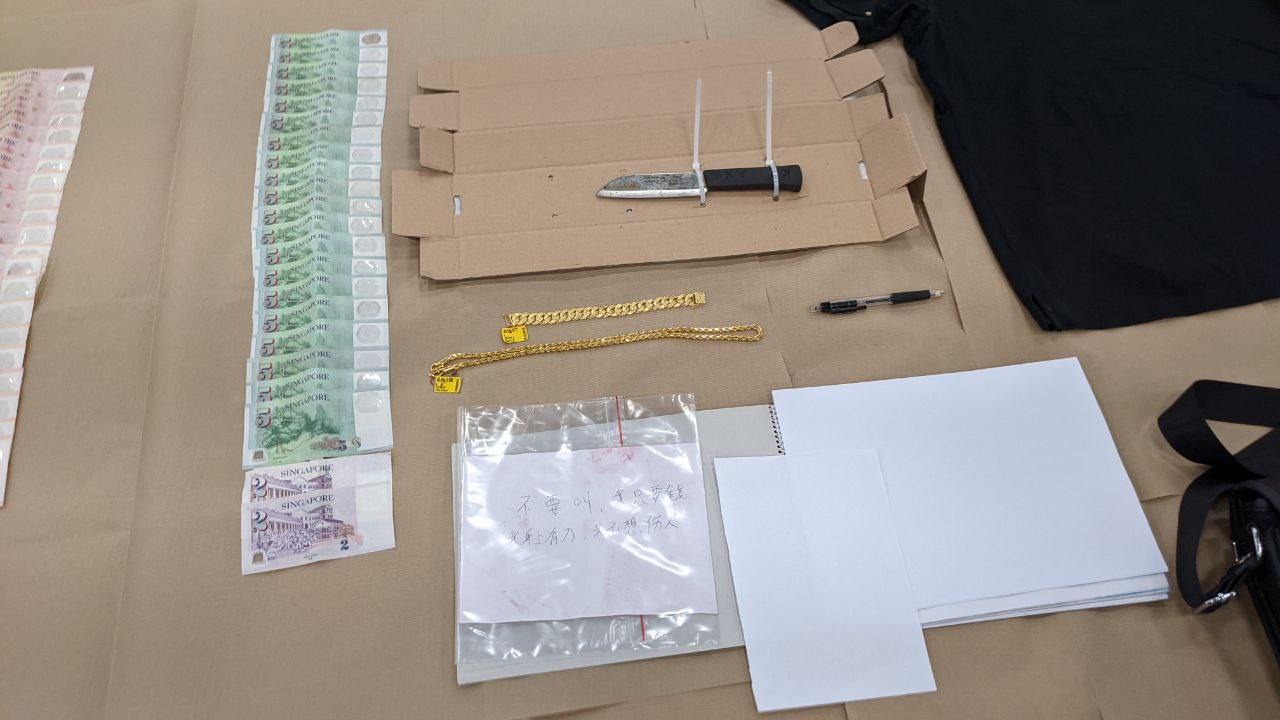 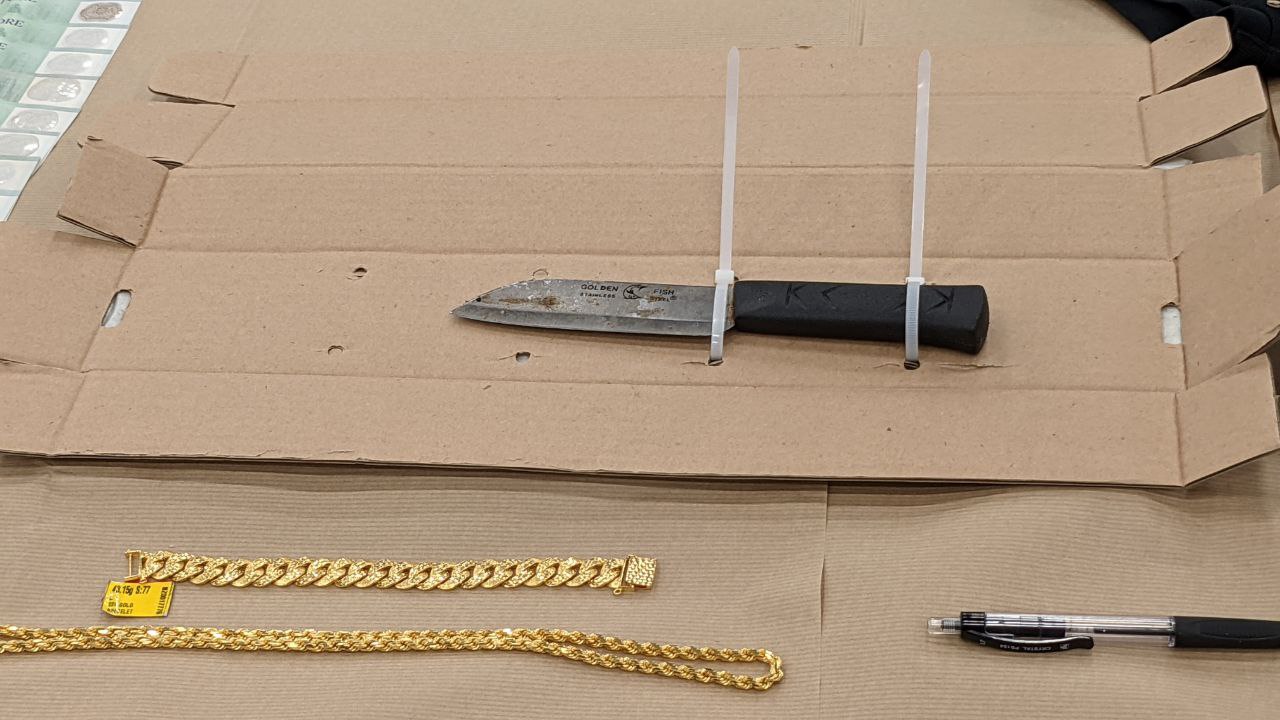 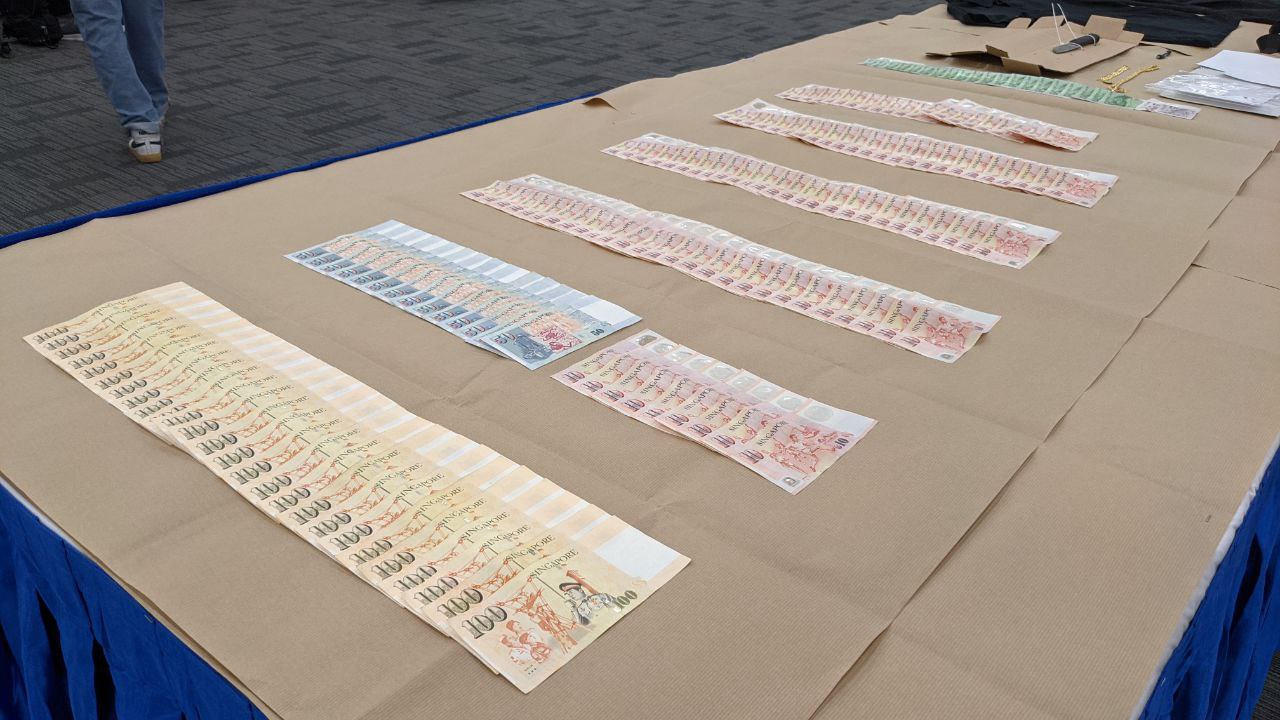 The Police believe that the man gambled away part of the stolen cash immediately after committing the offence, and also used part of it to repay debts to his friends.

According to the Police, the man is believed to have acted alone and no one was hurt during the incident.

The man will be charged in court on September 4, 2021 with armed robbery under Section 392, read with Section 397, of the Penal Code.

If convicted, he may be liable for an imprisonment term of not less than two years and not more than 10 years, and not less than 12 strokes of the cane.