Emirates airline released a behind-the-scenes video of the making of its "We’re on Top of the World" commercial after online comments accused the scene of a woman standing on top of a building of being fake.

The Dubai-based airline company had uploaded an ad on Instagram featuring a woman in Emirates's flight attendant uniform standing on top of the 828m Burj Khalifa, the tallest building in the world.

The woman held in her hands placards that read, “Moving the UAE to the UK amber list has made us feel on top of the world. Fly Emirates. Fly better.”

Casual observers will notice that the woman appeared to hold onto the placards as best as she could, as if she was mindful that any slip-up could send the objects flying.

And even though she was trying to put on a smile, she appeared to be focused on getting the placards shuffled in the correct order. 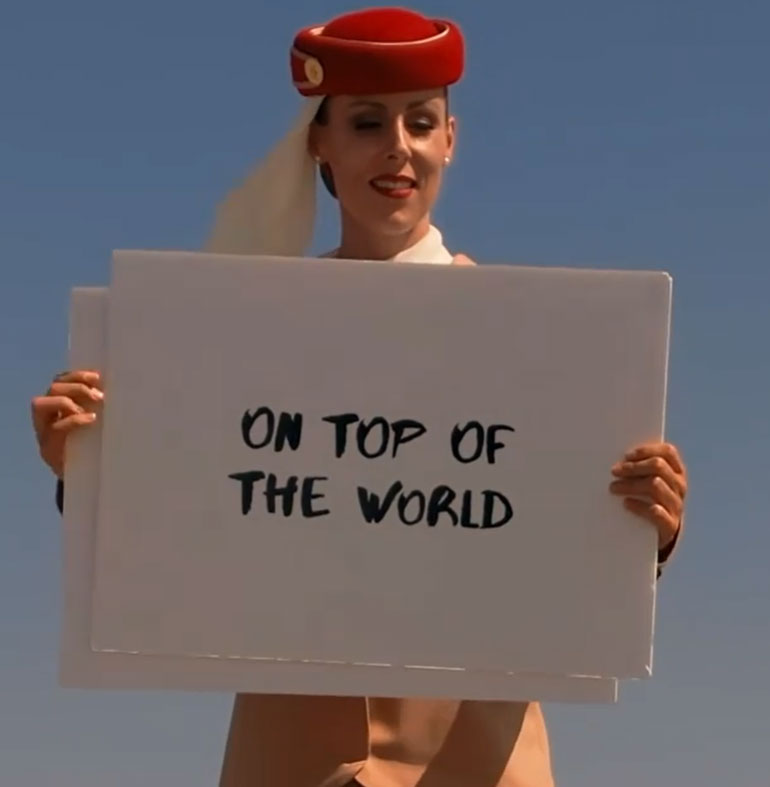 The shot then panned out eventually to show the lone woman perched at a vertiginous height overlooking the urban desert landscape. 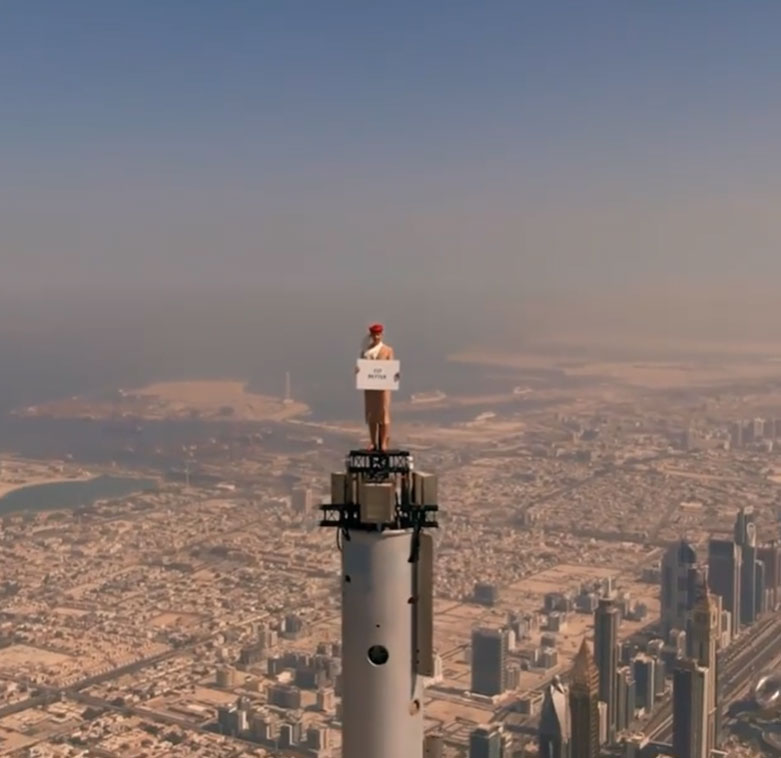 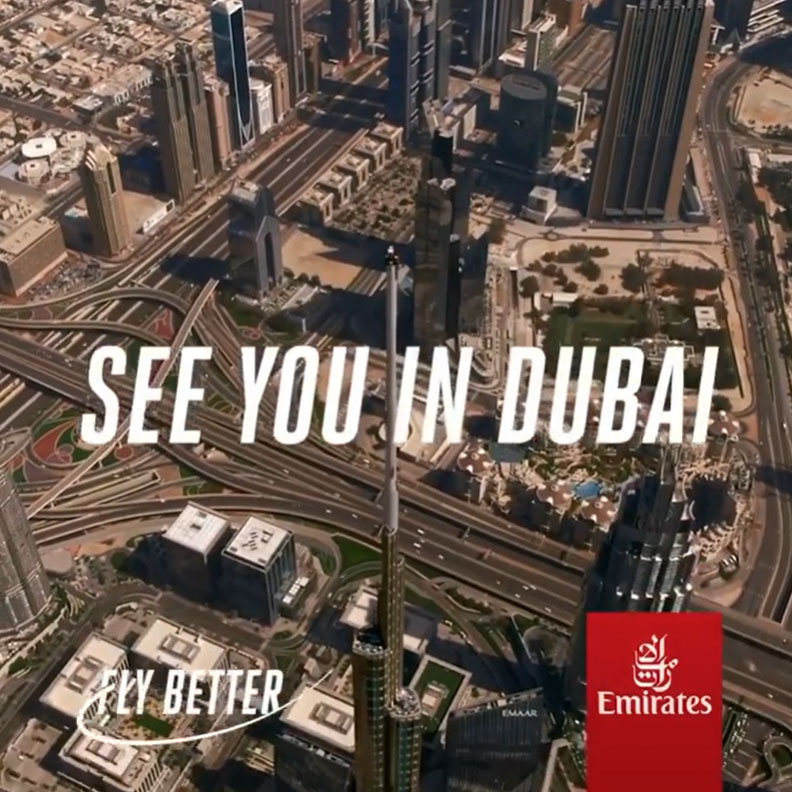 This visual treat naturally led many sceptics online to conclude that it could be achieved using a green screen and special effects.

Perhaps anticipating an influx of sceptics, Emirates uploaded a behind-the-scenes video of their ad, which showed how the commercial was really pulled off after hours of planning and practice. 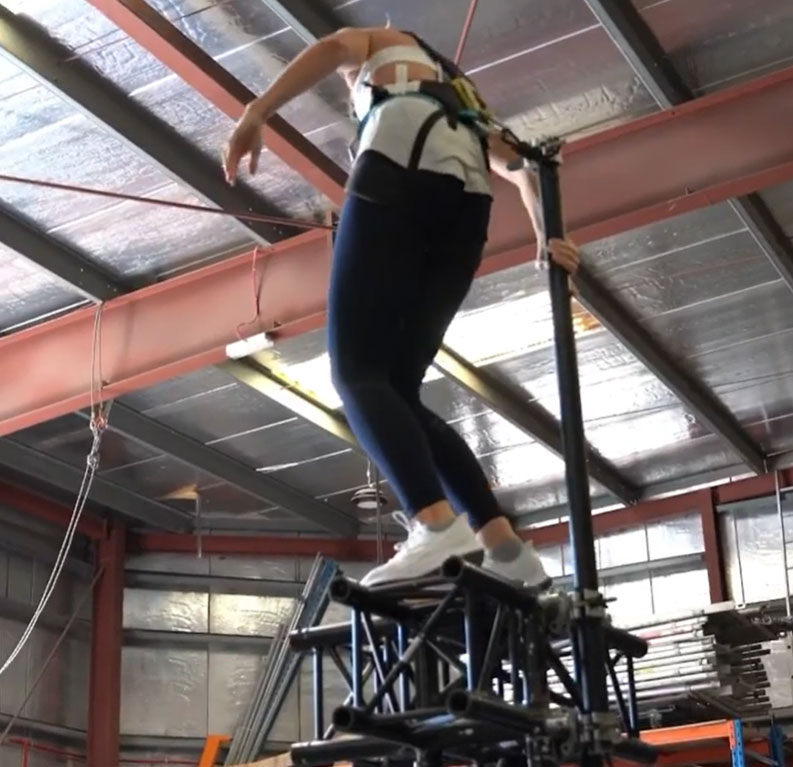 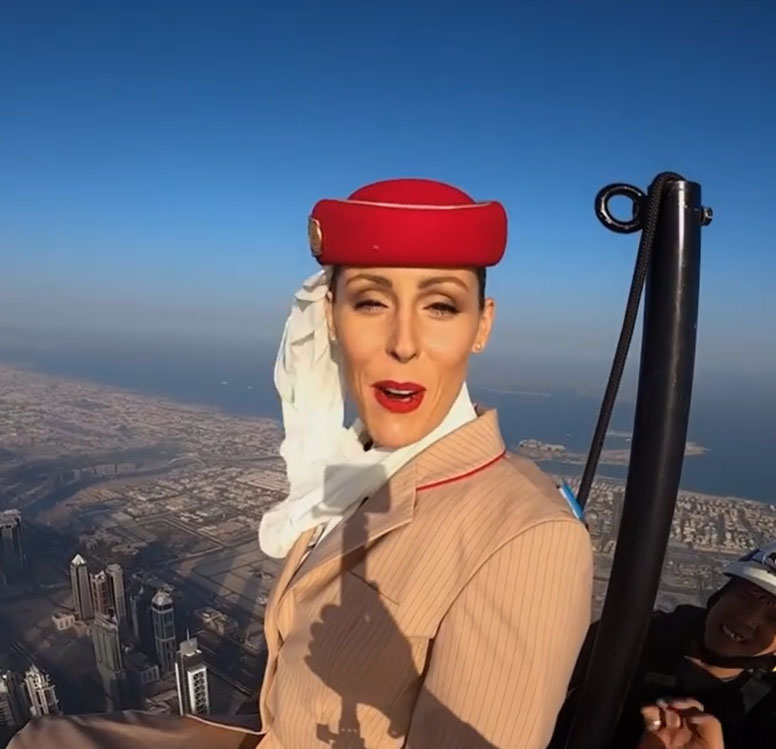 Emirates said in the big reveal video: “Emirates has taken you to some amazing places, even filming on top of the world. The Burj Khalifa by Emaar is the world’s tallest building at 828m.”

“Filming at the pinnacle took rigorous training and strict safety protocol. From level 160, we climbed up for over an hour to reach the top.

“To make one of the highest ads ever filmed.”

Woman not an air stewardess though

The only aspect of the ad that was fudged was by utilising a professional UK skydiver, Nicole Smith-Ludvik, as the air stewardess at the top of the building.

This latest stunt also meant that Smith-Ludvik is one of the few people who has made it on top of the world’s tallest building.

Smith-Ludvik took to her own Instagram to exclaim that the commercial was one of her most exciting stunts she has pulled off.

“A big shout out to Emirates Airlines for your creative marketing idea!"

“It was a pleasure being part of the team,” Smith-Ludvik said in her post.

The commercial came about after the UAE was removed off the red list of UK’s international travel curbs and was upgraded into the amber’s list on Aug. 4, 2021.

All media via Emirates