16 premises were ordered to close for breaches such as allowing groups of more than two individuals from different households to be seated across multiple tables, allowing more than two individuals to be seated at the same table, permitting intermingling between groups, and multiple failures to ensure patrons across tables were seated at least 1 metre apart.

Here are the 16 premises according to a press release by The Ministry of Sustainability and Environment. 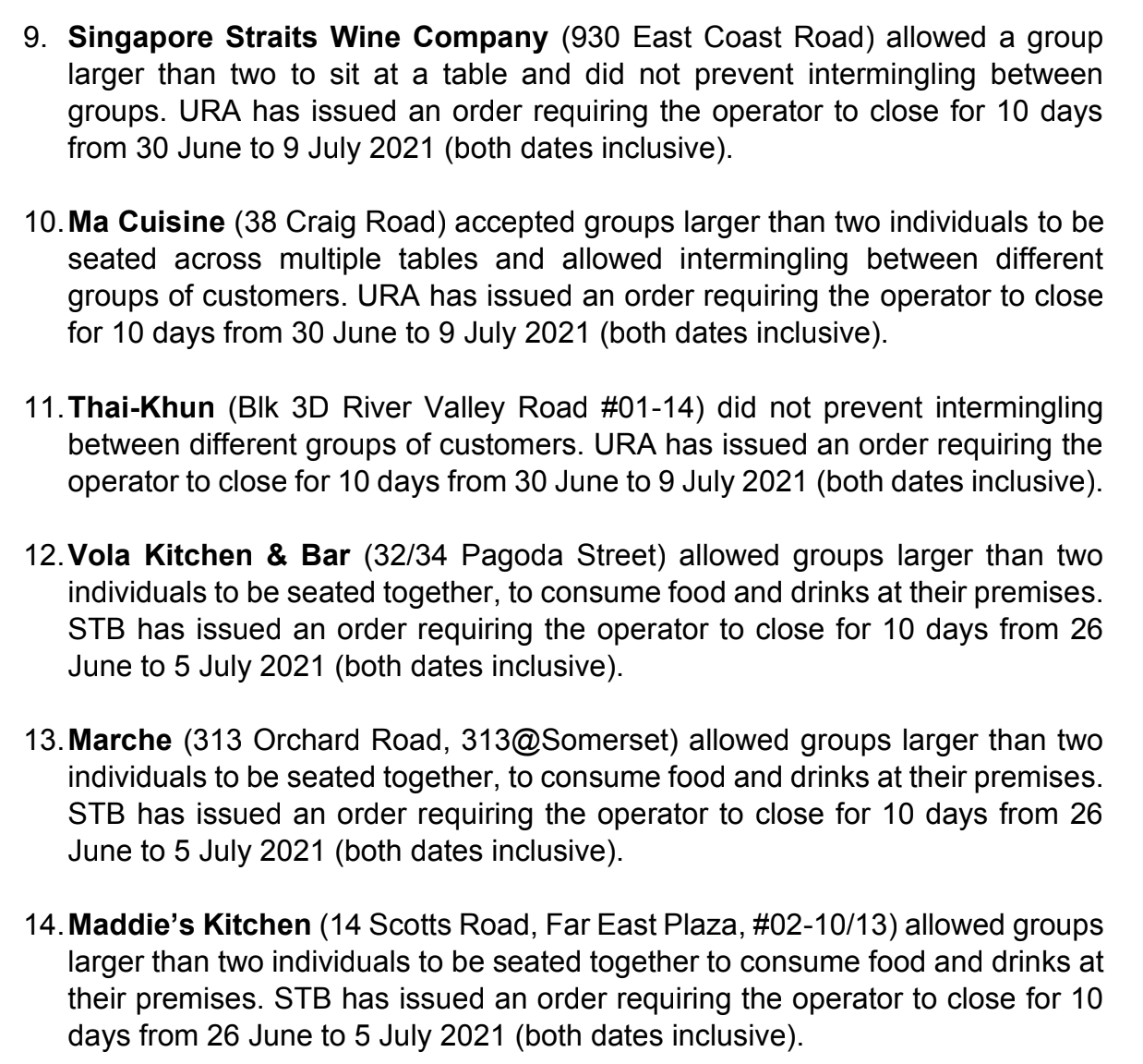 Three were fined S$2,000 each for repeated offences of seating groups of customers less than 1 metre apart and playing loud music as a form of entertainment.

Here are the 10 premises. 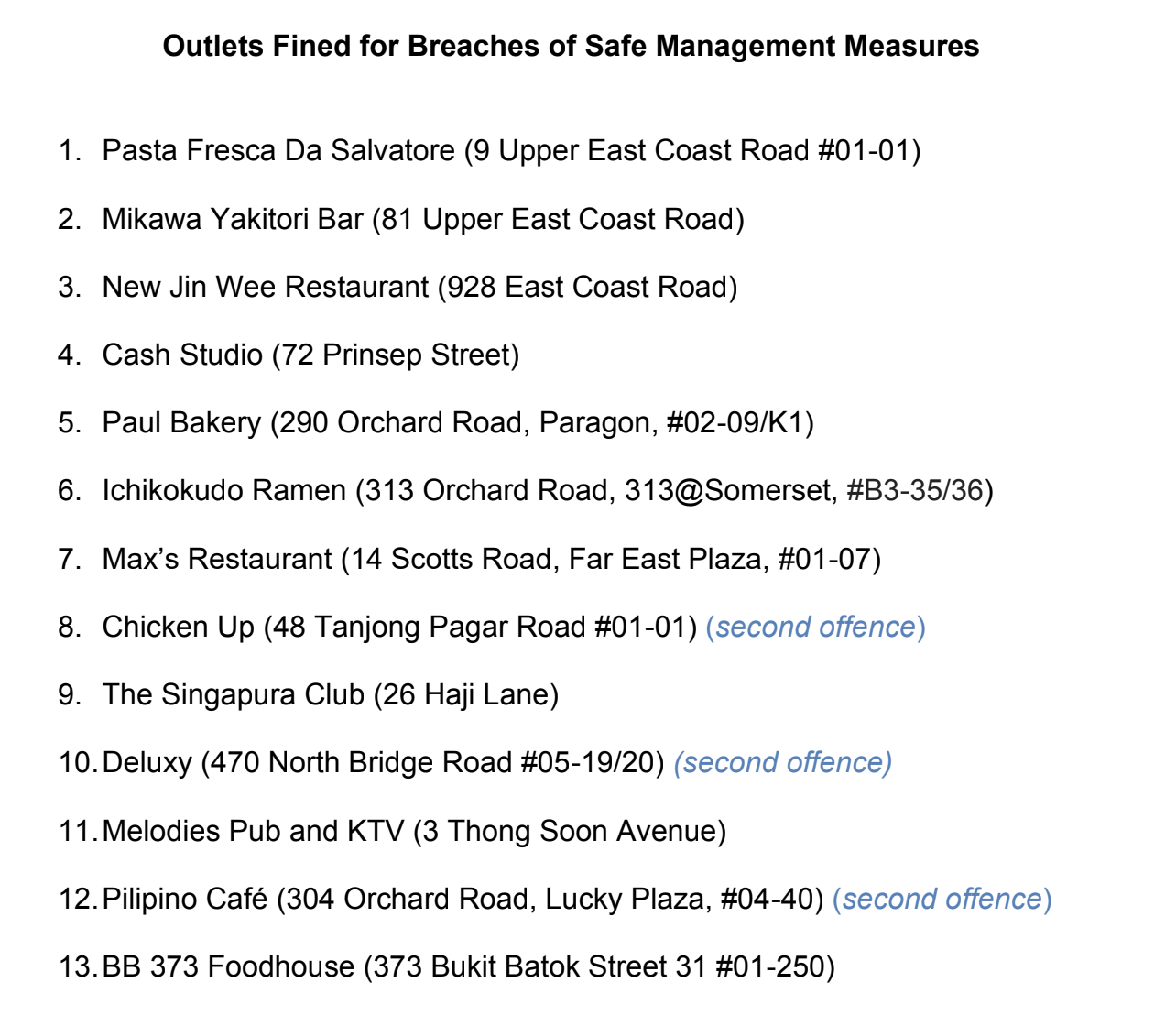