Don Don Donki at Orchard Central has resumed operations after a temporary closure on July 6.

On July 4, the Japanese bargain store pre-empted shoppers by announcing its closure due to a power shutdown in the mall from July 5, 11:59pm to July 6, 7am.

However, its reopening was delayed, as the store put up a notice on its Facebook page on July 6, 11:24am, which stated that it was closed until further notice.

Separately, Orchard Central has announced that the mall was closed for a scheduled maintenance.

The post, which was published on July 6, 2:16pm, added that an issue that arose from the maintenance has been resolved.

However, the post was made unavailable in the late afternoon.

Donki subsequently announced on its Instagram Story at 4:20pm that they are "back in business." 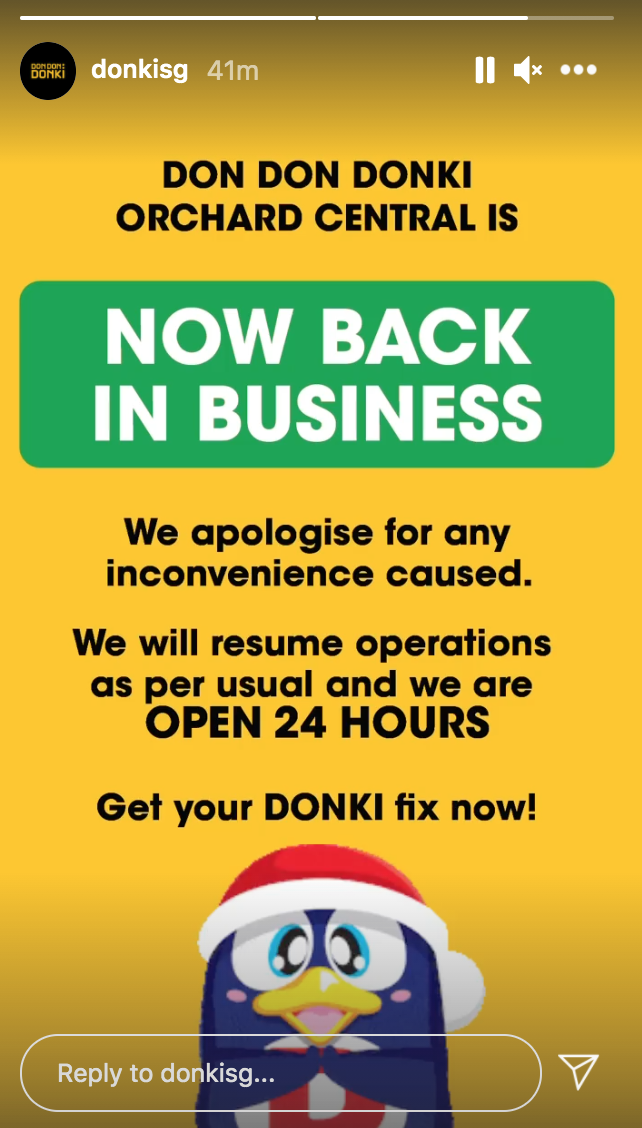