Here's a public service announcement for cyclists: Cycling on the expressway is a punishable offence.

The Land Transport Authority (LTA) said on July 17 that it caught several errant cyclists on the expressways over the past two weeks.

Responses to LTA's post on Facebook were overwhelmingly in favour of the agency confiscating bicycles belonging to such errant cyclists. 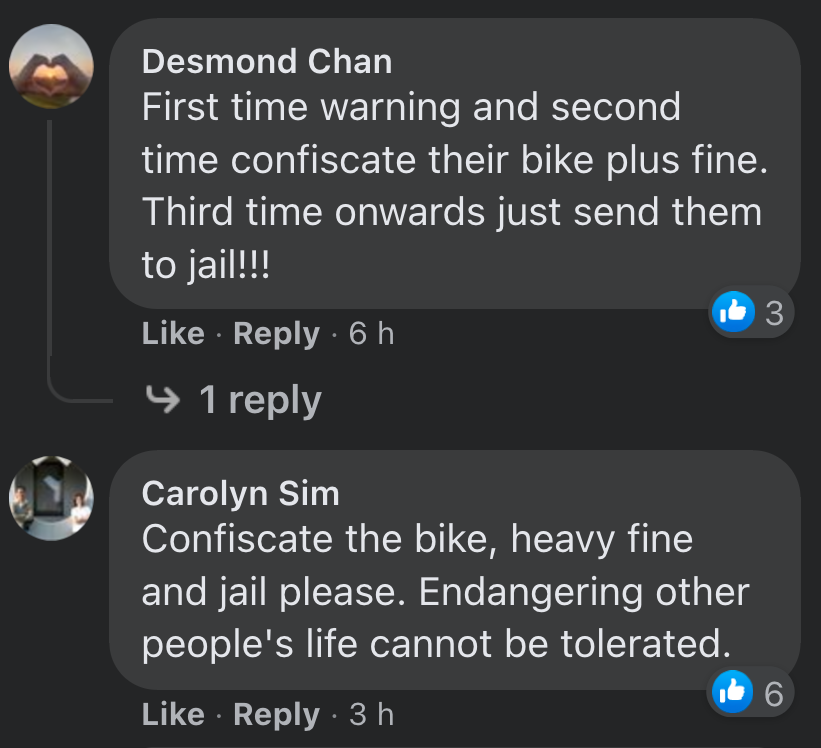 The Straits Times reported last month that there has been an increase in the number of cyclists who were caught riding on expressways.

Those who are caught riding their bicycles on expressways can be fined up to S$2,000 or jailed for up to six months.

Cyclists can familiarise themselves with the rules for cycling on the roads here.