A buyer of some online goods recently found a letter inside his parcel which made his day.

Andrew Seow had ordered some Japanese cup noodles from Lazada. When his goods were delivered, he received a pleasant surprise.

Inside his parcel was a "Thank you" note from the merchant, along with a personalised letter.

Here is the letter in question, which appears to have been written by one "Ah Sing".

Addressed to the customer, Ah Sing urged them to direct any feedback or complaints to his boss via WhatsApp.

He assured the customer that his boss "will reply you very fast one. Unless he is driving or in a meeting."

"If you WhatsApp him after 9pm, he will reply you next day 5am!" Ah Sing guaranteed.

Additionally, if customers are satisfied with the parcel and packaging, they can let the boss know "is Ah Sing pack one!"

Ah Sing's letter also wished the customer all the best, and hoped that they would "tio (strike) 4D every Wednesday, Saturday and Sunday".

Speaking to Mothership, Seow said he found the letter "adorable", especially with Ah Sing's blessing of winning some cash.

So much so that he left a review on the merchant's page, adding that Ah Sing deserves a raise.

From a quick check of the merchant's reviews on another online marketplace, Shopee, it seems Ah Sing's letters have delighted other customers too.

Several praised Ah Sing for packing the items neatly in their boxes, and expressed their appreciation of the smooth delivery as well as the handy box cutter that comes with the parcels. 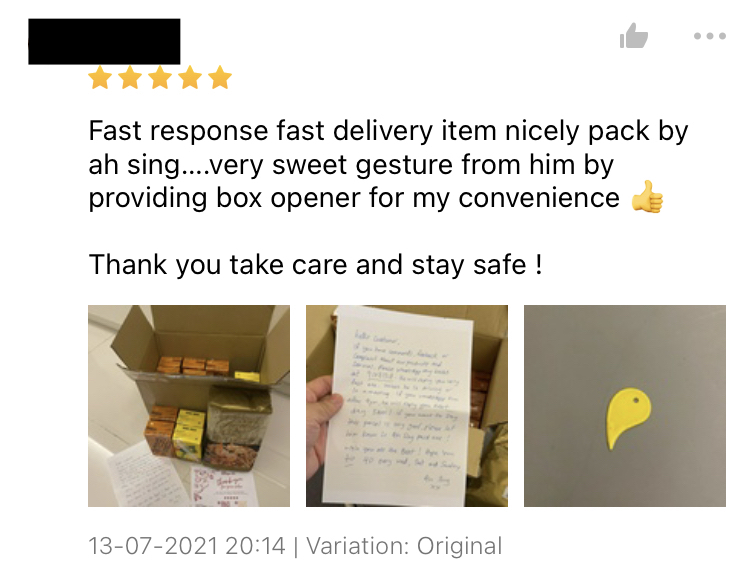 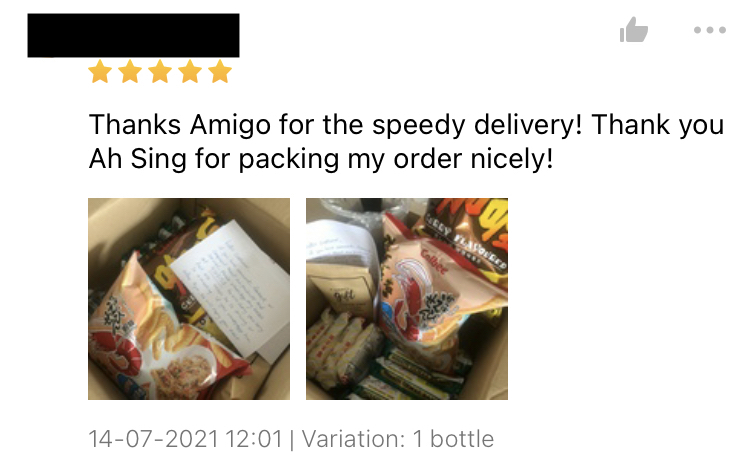 Whether or not Ah Sing truly exists, or is simply a moniker adopted by the merchant's staff, it appears that customers truly appreciate the gesture.