For the past two years, national athlete Wayne Kwan has had his birthday disrupted by Covid-19.

Not that he’s complaining.

The full-time educator would much rather everyone do their part in stopping the spread of Covid-19 so that life can get back to regular programming.

For Kwan, that meant catching a flight “every other week” for competitions and spending hours in close bodily contact with opponents in the name of his chosen sport, jiu-jitsu.

Kwan, a Team Singapore athlete, has been involved in the martial arts discipline for the past decade since stumbling upon it back in 2012. But he was far from being captivated at the start.

“Why are people hugging each other and rolling on the floor?” recounted Kwan of his first encounter with the rough-and-tumble sport.

Unbelievably, Kwan had only stumbled upon jiu-jitsu because he was trying to lose weight. Standing at 1.78m tall and weighing 92kg, Kwan was at his heaviest then.

He had joined a mixed martial arts (MMA) gym with the intention to shed the excess weight. And like a typical “kiasu Singaporean”, he wanted to try everything in a bid to get his money’s worth.

It definitely didn’t cross his mind then that he would one day become one of Singapore’s top jiu-jitsu exponents. 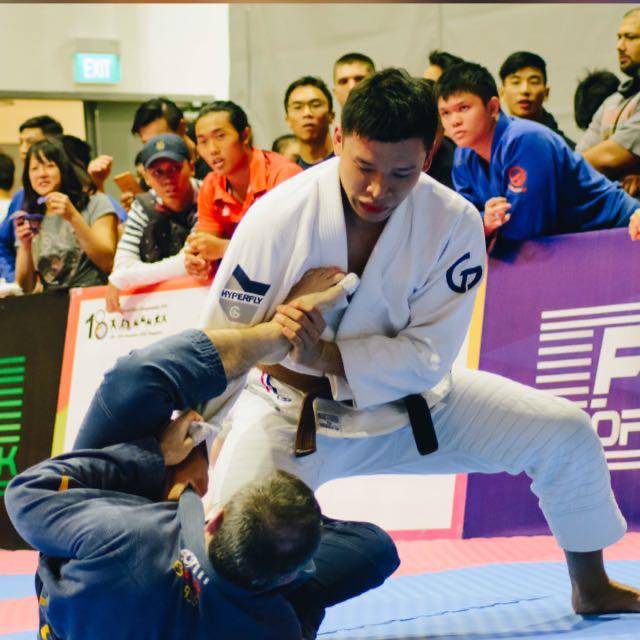 Jiu-jitsu is believed to have its roots in ancient Japan as a close combat technique of the samurais. It gradually evolved into the popular MMA variation known as Brazilian jiu-jitsu, incorporating wrestling and self-defence moves.

From being something that “I didn’t even want to do”, the tactical component of the sport soon drew him in.

“You’ll find that jiu-jitsu is more like a mind game. It’s not just the physical aspect, you’ll have to think many steps ahead beforehand,” said Kwan, likening it to “playing a game of chess”.

“It’s a confidence-booster and it’s character-building”, said Kwan of how he fell in love with the sport.

As he progressed further, Kwan decided on a whim to enter himself in his first competition, initially without his parents’ knowledge.

When he finally had to tell them before hopping on a plane to Manila where the competition was held, they told him to ‘make sure it’s the only time’,” recalled Kwan, laughing. “I guess it didn’t stop then.”

He lost that very first competition, but instead of giving up, the defeat made Kwan even more determined to do better. 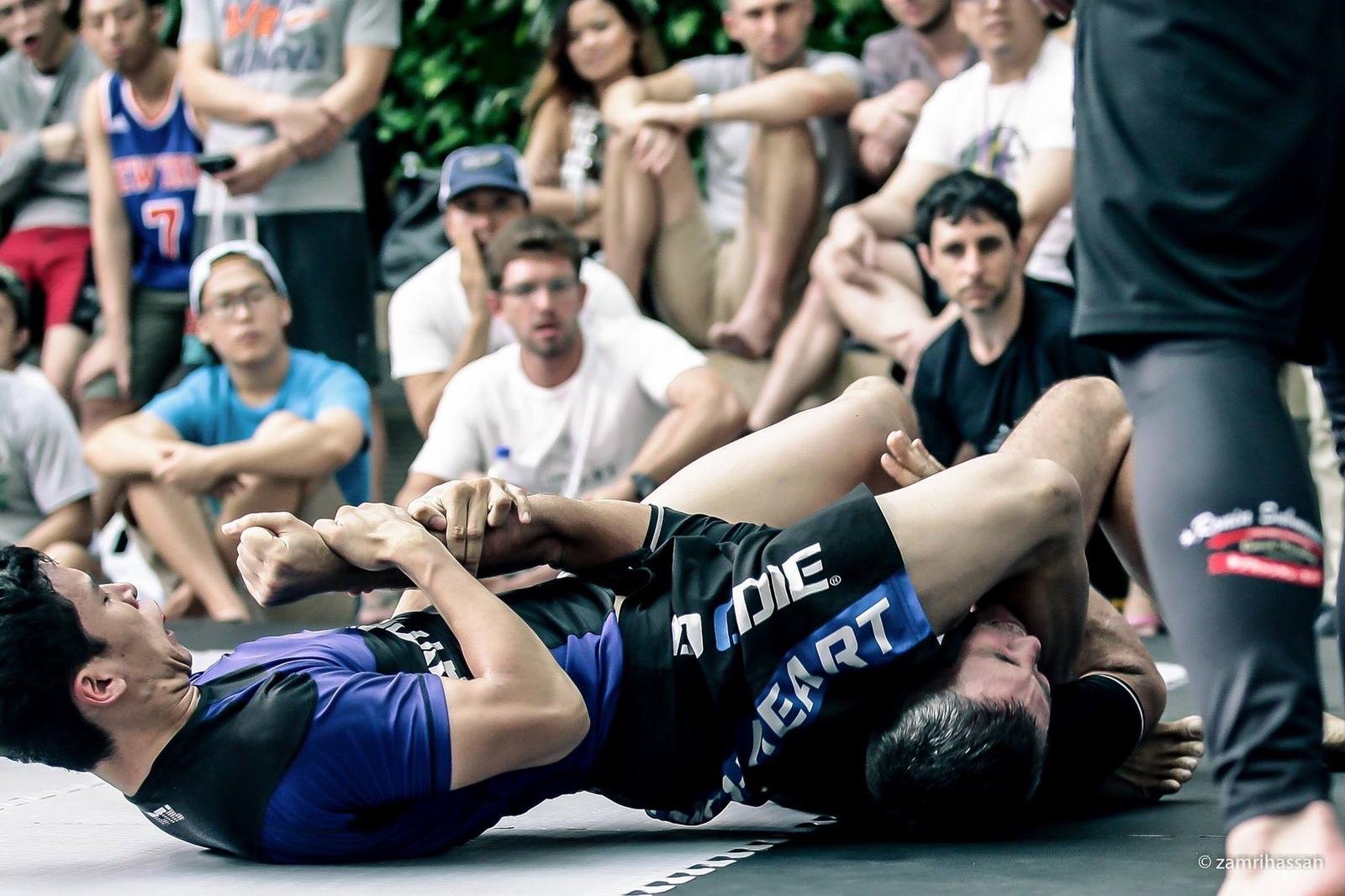 As one of Singapore’s top jiu-jitsu athletes, Kwan represented Singapore in the SEA Games in 2019 and even managed to bag a bronze medal for Singapore. That was the first time that the sport was incorporated into the Games.

Now of course, his parents have changed their tune. “My mum told me ‘actually I’m more worried for your opponent, not you,’” said Kwan with a smile.

It’s not surprising, given that Kwan is known for pulling off a move known as the “baseball choke”, from which opponents sometimes pass out temporarily.

As with many contact sports, what more a martial arts discipline, injuries are a part and parcel of life. His ankle has suffered the brunt of the injuries, both in 2013 and 2018, the latter of which cost him a place at the 2018 Asian Games.

“I missed representing Singapore by one spot,” said Kwan regretfully. However as luck would have it, he ended up facing the same opponent in the SEA Games, and won. 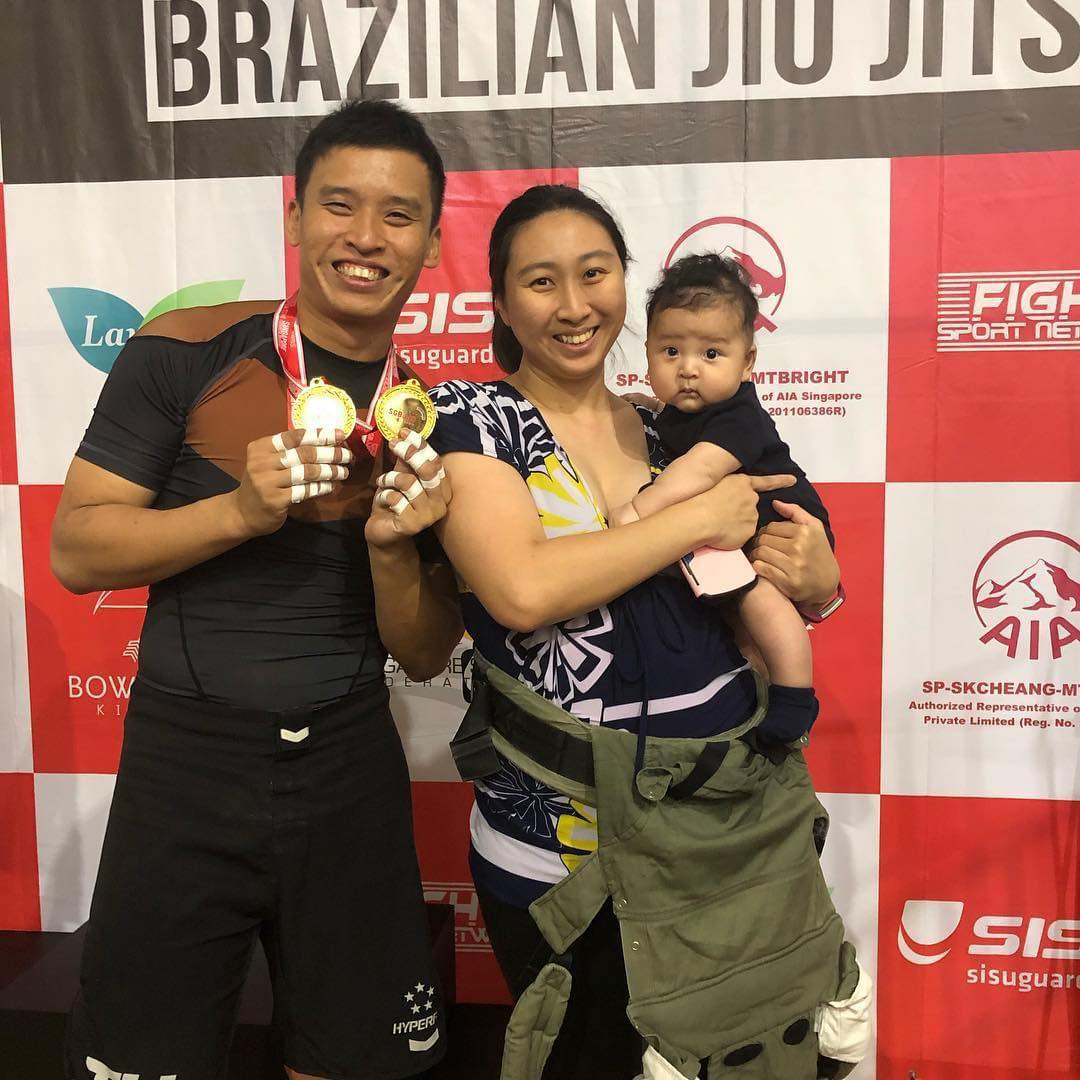 As the oldest jiu-jitsu representative on the national team, Kwan understands that time is a-ticking, and the 2022 Asian Games will likely mark his swansong when it comes to the major games.

“I’m at the age where most athletes [in jiu-jitsu] are retired already,” he shared.

But like any good chess (or jiu-jitsu) player, he has a fallback plan.

What next after jiu-jitsu?

Kwan is currently earning himself a degree in sports science at PSB Academy through a part-time course.

“I took up this degree to fuel my passion and upgrade myself,” said Kwan, who sees his next role in life as a coach or mentor to “bring up the next generation of national athletes”. Kwan is currently also a registered coach — the only one for jiu-jitsu — listed in the National Registry of Coaches. 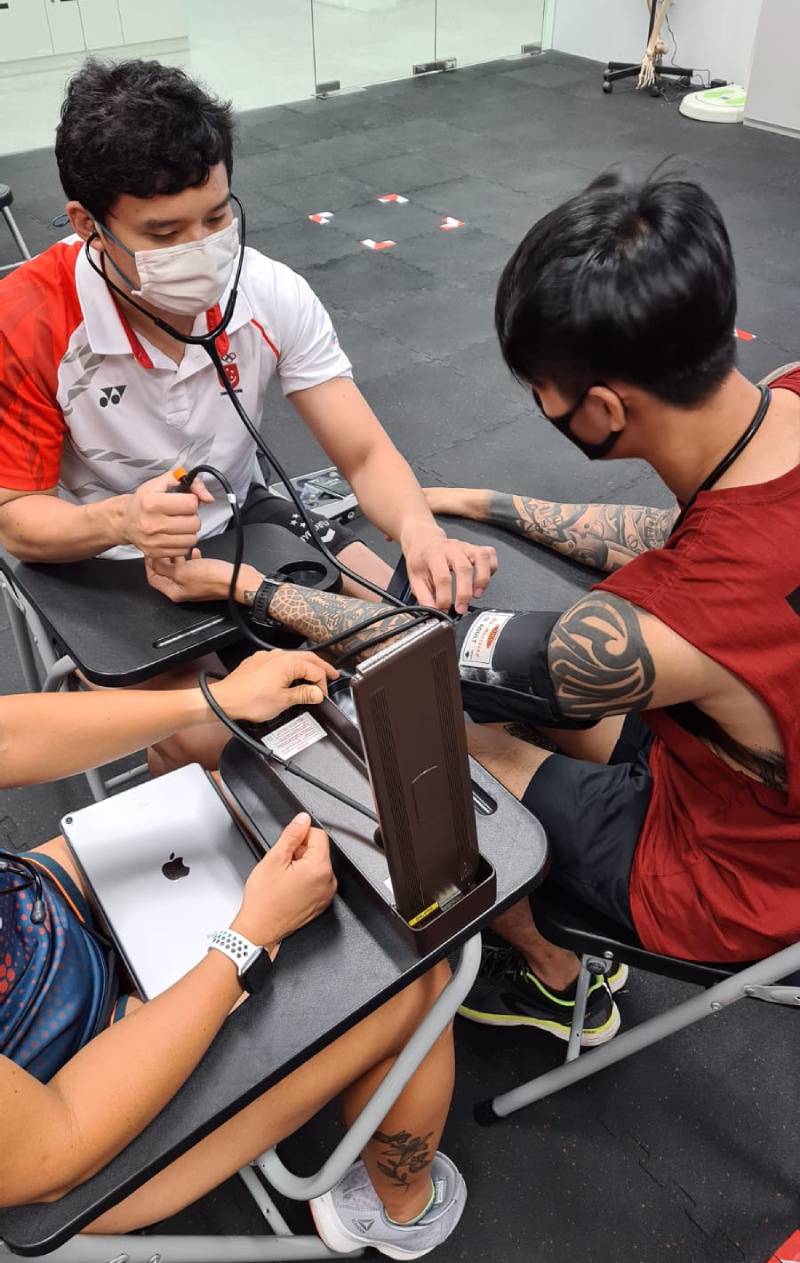 His course actually played a role in identifying his most recent injury, which saw him out of action for the past five months.

“I was able to identify my injury as sciatica (a pain that radiates from one leg into the foot) because it was covered in the anatomy module and I was even tested on it in my assessment. It made my doctors’ life very easy,” joked Kwan.

After an MRI, the pain was found to be caused by a 5mm slipped disc. Not that it would be enough to keep Kwan down for long. He had just begun some light training again when Phase 2 Heightened Alert kicked in.

It is not surprising that the gungho go-getter sees no problem in juggling his many roles and professes to “like multitasking”.

But he had put off further studies for fear that he wouldn’t be able to cope. He needn’t have worried.

“What hindered me from enrolling for the course was the Asian Games and SEA games, but I found it is actually manageable and I could have joined earlier,” said Kwan. “The good thing is I receive my timetable three weeks in advance, so I can work my schedule around it.”

Before the latest Covid-19 restrictions, he made sure to schedule his training carefully to make sure that he has time for both his studies and his family.

Despite his busy schedule, Kwan managed to earn distinctions in four out of six modules he’s taken so far. The other two modules he took fell short of a distinction by just “one or two marks”.

But he made sure to add that he couldn’t have done so well without the encouraging support system that he’d found in his fellow classmates.

Like most people nowadays, Kwan is a multi-hyphenate, balancing his roles as athlete, student and father, along with his job.

But he counts being a father and husband as his main priority.

“Fatherhood has made me prioritise some things in life, mainly to be more available for my family, for my son, because there’s only that limited time to see him grow up,” said the doting dad of the adorable two-year-old.

“Right now, I want to be there for him,” he added.

Ultimately, Kwan holds no expectations however, that his son has to follow in his footsteps.

“Initially I was thinking that okay, he must do jiu-jitsu. But now as he is growing up, I'm more open that he tries everything, be it rock climbing or tennis, or whatever.

“I think the important thing is to let him enjoy the sport, then that's where the passion will lead him.” At this point in our Zoom interview, his wife chimes in, chanting “water polo” softly in the background. Kwan explained that his father-in-law was a former water polo national athlete in the 70s, so the aquatic sport could be another option as well.

And it is fine too, if his son has no interest in competitive sports. “We can foresee that as well. There's a possibility that he might be interested in music, since he's already singing. But we're ok with that.

“It’s better for the child to be willing and train hard for something that he wants rather than being forced to do it to meet expectations.”

What Kwan aims to do though, is to inspire his son that age is no barrier when it comes to keeping active and striving towards the next goal.

“If I’m still able, I would still want to compete in the older age groups at jiu-jitsu events so as to be a role model [to my son],” said Kwan.

“Perhaps seeing my past achievements could inspire him.”

Ironically, Kwan has been banned by his wife from watching jiu-jitsu training videos when the toddler is around.

“He sat with me to watch a few jiu-jitsu instructionals when he was less than a year old and the next thing I knew, there were complaints that he went to sit on his classmates at infant care,” said Kwan. While his wife was horrified, Kwan sheepishly admitted that his reaction to the story was one of pride.

Kwan celebrated his 34th birthday recently by ordering food delivery home and enjoying a quiet dinner with his wife and son.

It was the same last year, as his birthday fell squarely in the middle of the circuit breaker.

Plans for Father’s Day on June 20 — his third since being a dad — are still up in the air, but it looks to be a quiet affair as well. Not that he is complaining.

“I think with the situation we cannot insist that we have to go out and eat,” shared Kwan, adding that he knew of friends with big families who took it badly that they could not celebrate the recent Mother’s Day together.

“I feel that they have to try and adapt, lah,” said Kwan.

Thinking of furthering your education in the field of Sports Science? Register for PSB Academy’s STEM Day, held online on June 12, 11am to 5pm, to find out more.