A motorcycle was seen on Singapore roads recently with a bicycle mounted on an extended rack protruding from the back.

Photos and a video of the motorcycle have created a buzz among road users here as they debated about the legality of the device.

A video of the motorcycle with a bicycle in tow on the roads was put up on June 9.

This was followed by photos of the motorcycle on June 10 at another location.

They showed the length of the entire vehicle almost doubled with the load.

Bicycle rack on motorcycles not allowed

In response to queries regarding whether such devices can be mounted onto motorcycles, the Land Transport Authority replied in writing that it is not allowed in Singapore.

The full reply by LTA read:

Thank you for providing us with photograph of motorcycle [redacted] with installed bicycle rack. We will look into the matter and take the appropriate follow up actions. Our enforcement officer will also keep a lookout for such vehicles during their daily patrol on the road.

We thank you for writing in. 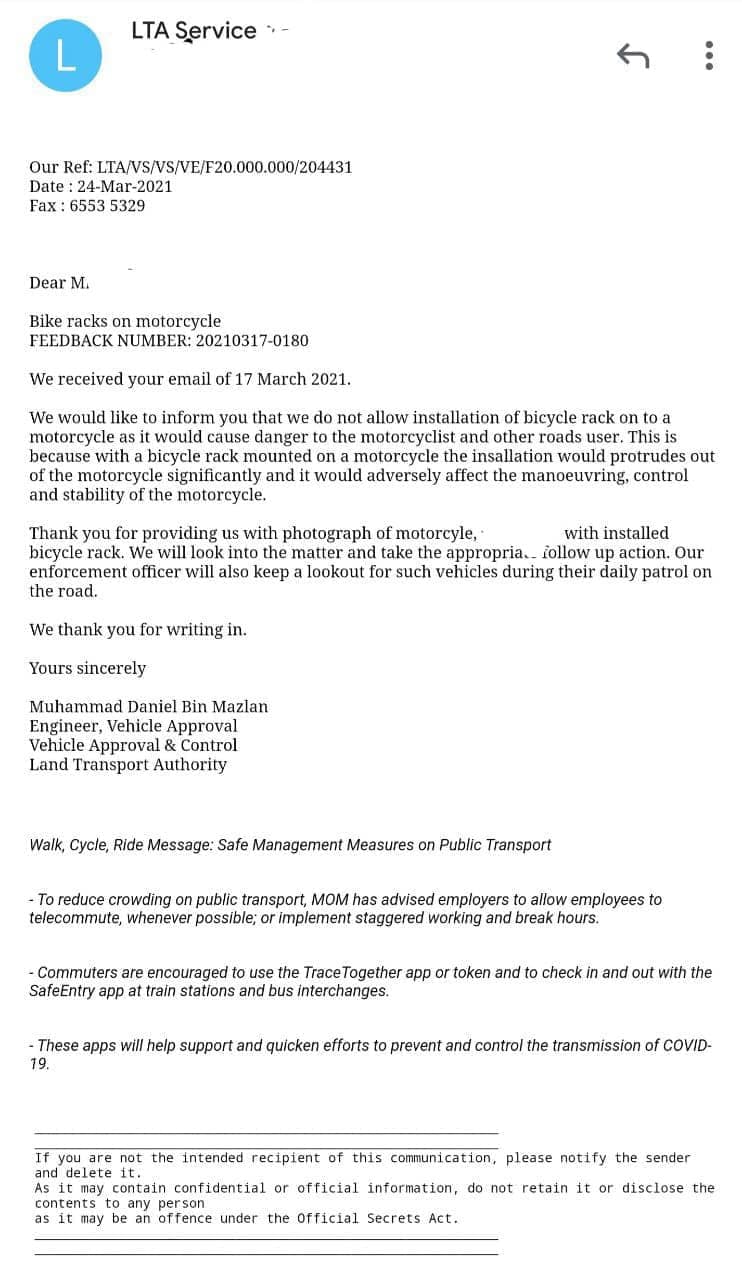 However, this reply was dated March 24, 2021, and could have been in response to earlier queries regarding the same motorcyclist or another, who were spotted on the roads here previously with the contraption and bicycle.