The 99-year leasehold flat has four bedrooms and two bathrooms.

This Jumbo HDB flat has 73 years left to its lease. 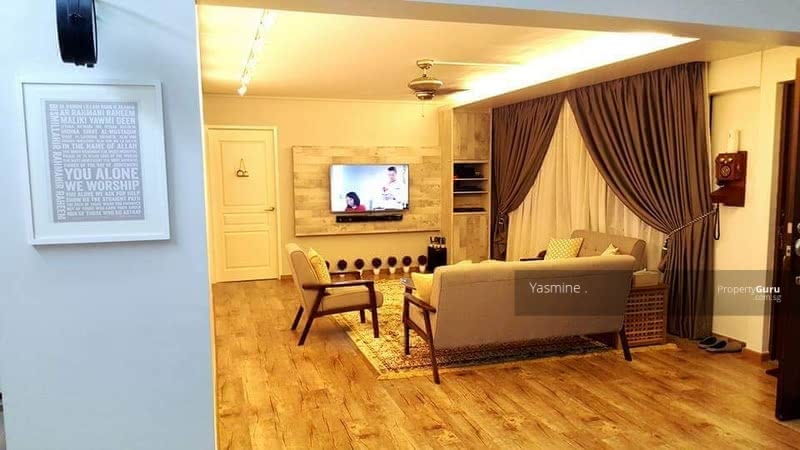 According to the listing, the unit is partially furnished and is "renovated".

The ground-floor unit is also described to have an "unblocked greenery view".

Watch a video of the Jumbo HDB flat here.

Typically offering at least four to five bedrooms, these flats are popular among multi-generational households who are looking for more spacious options. A jumbo flat would give flat owners 15 per cent to 30 per cent more floor area than an average five-room HDB flat.

According to PropertyGuru, Jumbo HDB flats are sought-after as they are affordably priced and are spacious compared to most HDB flats today.

They tend to be located in the heartlands, such as Woodlands, Yishun, Jurong or Marsiling, and are relatively rare with an estimated 485 Jumbo HDB flat units in Woodlands and Yishun.