The police have arrested a man in relation to a case of voyeurism at Compass One.

In response to Mothership's queries, the Police said they were alerted to a case of voyeurism at 1 Sengkang Square on June 7 at 4:49pm.

A 36-year-old man was arrested subsequently in relation to the case.

The member of public who wrote the post said he witnessed a man filming under a woman's skirt at Compass One while on the escalator.

He claimed that the man had looked around to check that he was not watched.

The member of the public claimed to have caught a glimpse of the footage on the man's phone and confronted the alleged perpetrator, who denied his actions.

He then filmed a video of the confrontation with the alleged perpetrator walking away.

The member of public claimed that the victim "wasn’t aware what was going on and look shocked when I told her she was being filmed".

The post has since garnered over 1,100 shares in two days, and reactions to it have been mixed.

Some have applauded the member of public for "taking action".

Meanwhile, others berated him for accusing and harassing the man without showing any evidence of his wrongdoing. 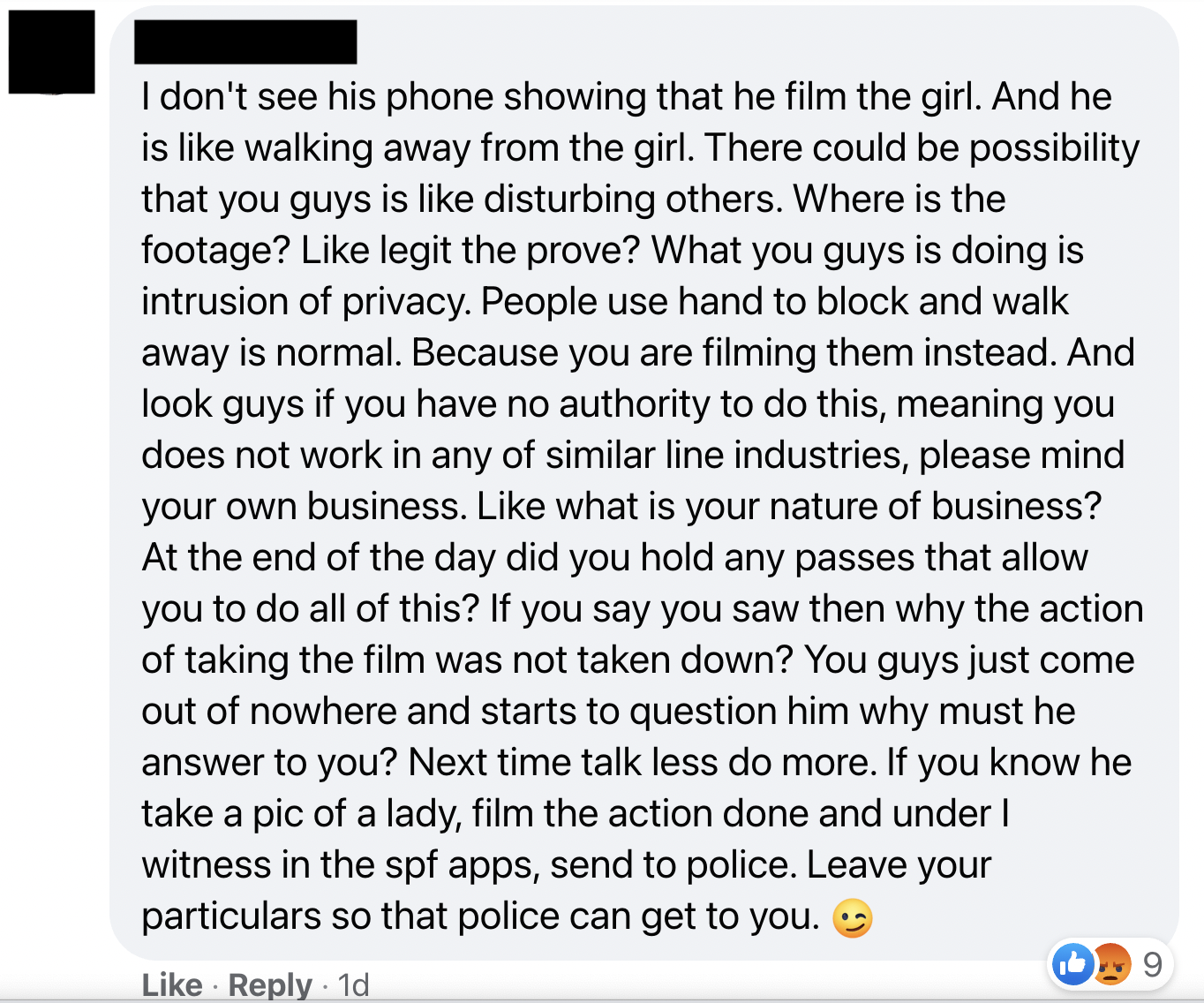 One person claimed that he was at Compass One during the incident and witnessed the entire confrontation.

The person said that the alleged perpetrator did not bother to explain or defend himself and immediately ran away when the member of public filming him called the police. 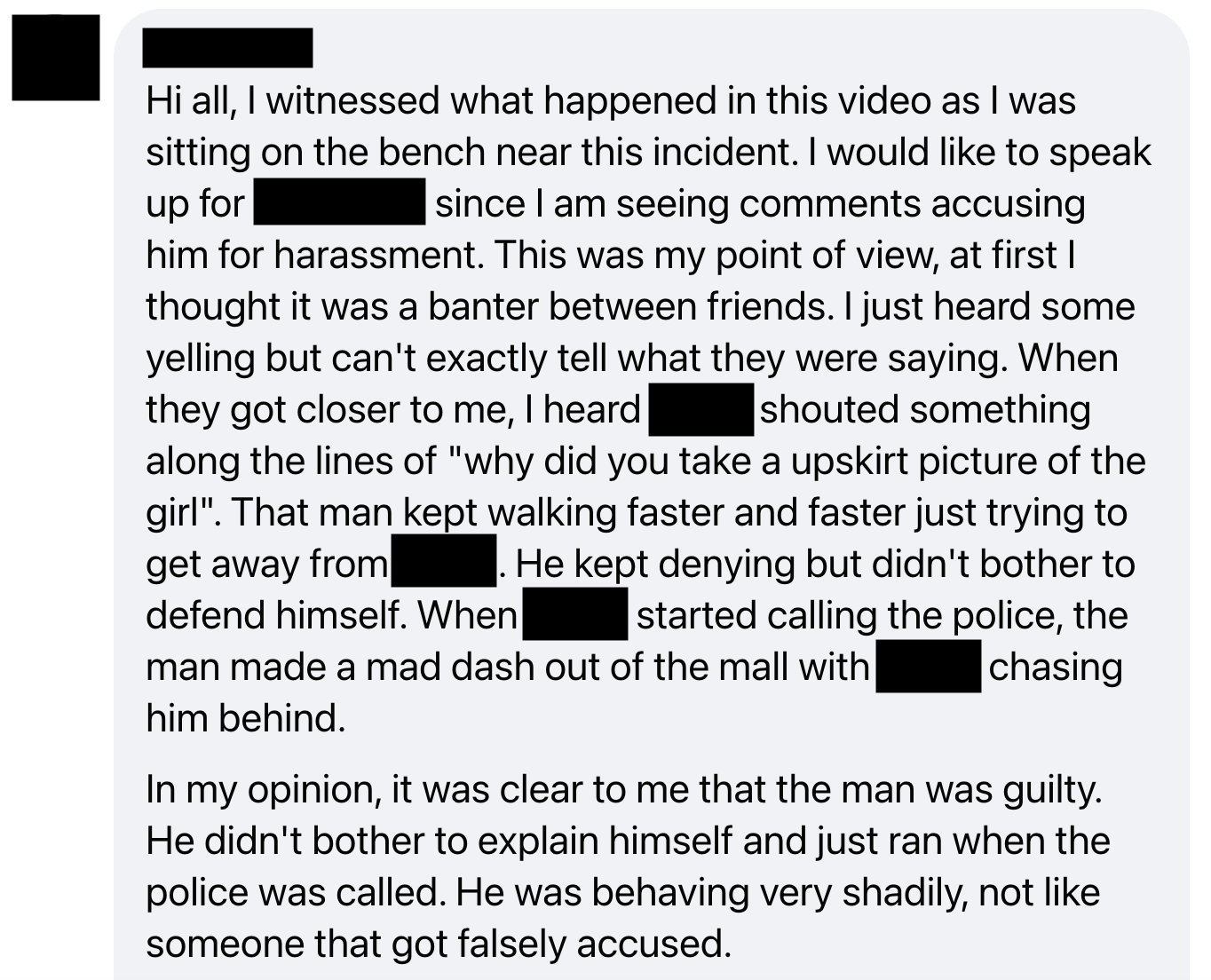