Tracy Heah remembers vividly the months spent tending to her son after he popped out of her.

The initial joy from birthing a healthy baby boy was cut short by despair — sheer despair at the incessant noise that came out of the little creature day and night.

Why won't you stop crying?

"You just don't know why it's crying or why it's upset, and nobody really understands how heightened that feeling is until you've had it," said the 44-year-old.

Once, driven nearly to the end of her tether, Heah contemplated hurling her baby against the bedroom wall.

It's a monstrous thought to entertain — more so if it concerns your own child — but it's real, it's overwhelming, and it can make a new mother feel so alone.

Debbra Lee, 50, felt exactly the same thing when she had her daughter.

She was a jumble of emotions — nervous, sad, frustrated — and because of that, she could not eat or sleep, subsisting mostly on caffeine. She lost a lot of weight as a result.

There were days when the stress and sleep deprivation nearly made her throw her baby girl out the window.

"I think that was the worst bit — feeling that I was just this awful person who didn't deserve what I had. How could I be so mean and so horrible?"

Being a new mother is difficult

Both ladies didn't know it then, but they were going through postnatal depression.

Affecting one in 10 new mothers, postnatal depression can be brought on by a variety — and often a combination — of reasons, such as a difficult labour, sleep deprivation, adjusting to being a new mother, and even difficulties with breastfeeding.

Take latching, for example. It can be long and tedious for some new mothers -- some take up to an hour.

Those who don't manage to do it right can end up with cracked and painful nipples.

And then there's the adjusting to a completely new schedule, which can make new mothers feel like they're living in a different time zone, complete with the jet-lagged daze.

It can feel like Groundhog Day, according to Heah:

"I was on this crazy routine of feeding for like an hour, and the baby will sleep for an hour, and then they'll be up again wanting to feed again, because they would fall asleep while breastfeeding... so all these little struggles that nobody tells you before you have the baby."

Being at your baby's beck and call

Part of the challenge of being a new mother is also the rude shock of going from independent career woman to "being at the beck and call of this little thing that needs you so much", said Lee who owns a bakery in Malaysia.

"If a man ever needed me that much, I'd be out the door!" she laughed.

For many women who are used to being in control of their career and solving problems at work, having a baby can throw that sense of control out the window, Lee mused.

You can bring your A-game to being a mother and do everything right, but your child might still end up screaming the house down. And of course, the baby can't tell you what else to do.

"I think that's what pushes us to the brink — we just can't solve that problem," said Heah.

A bundle of joy and lots of guilt

Both mothers said that going through postnatal depression was a very lonely affair, partly because the people around them — mothers included — were so dismissive of their struggles.

"Very cute what your baby. It's OK lah."

The depression did pass, said Heah, but not before she struggled for months on end. Lee's depression, on the other hand, lasted for a year.

Another reason for their loneliness? Guilt.

Guilt for not being as loving as the mothers in their playgroups.

Guilt for not being able to hold it all together.

Guilt for even thinking of hurting their babies.

The truth is that many new mothers struggle. Their struggles may not be as severe as outright depression, but they struggle nonetheless.

"It will pass and if you need help, go and find help."

Nearly throwing her baby out the window was a wake up call for Heah.

She called a counselling hotline and poured her heart out to a psychiatrist, twice a week, one hour each time.

Those hourly sessions were, in a sense, sacred, because they were hers alone, her time to focus on her own mental health, while her baby was safely ensconced in a relative's arms.

The psychiatrist would assign Heah some small activities, like putting on some make-up before heading to the supermarket, or writing little notes to her husband.

"So what she did was she made me drill down to what was it that I was feeling. So I would tell her things like, I feel fat, I feel ugly, I feel unloved.

So it was just addressing each of those feelings, so if you felt, ugly, do something to make yourself prettier (in your own eyes), maybe it’s putting on some make up or dressing up. For me it was eyeliner."

Lee didn't need professional help but when she understood that she had went through a depressive episode, she resolved to help new mothers in whatever ways she can, sharing about her own experience, but more often than not, just lending them a listening ear.

Every one suffers from some mental stress every now and then

Underlying Lee and Heah's stories is the call for people to normalise having open conversations about mental health issues and their inherent struggles. Depression, anxiety, and even daily stress — these affect everyone at every stage of life.

"I think there's just so much pressure to be perfect all the time — and not just children or teenagers — everyone is under pressure," said Lee.

And so motivated by their personal experiences with postnatal depression, the ladies have started Depressed Cake Shop SG, the Singapore chapter of a global movement to encourage conversations about mental health issues.

The movement is centered around grey baked goods with a pop of colour. Grey symbolises depression, while the spot of colour, hope. 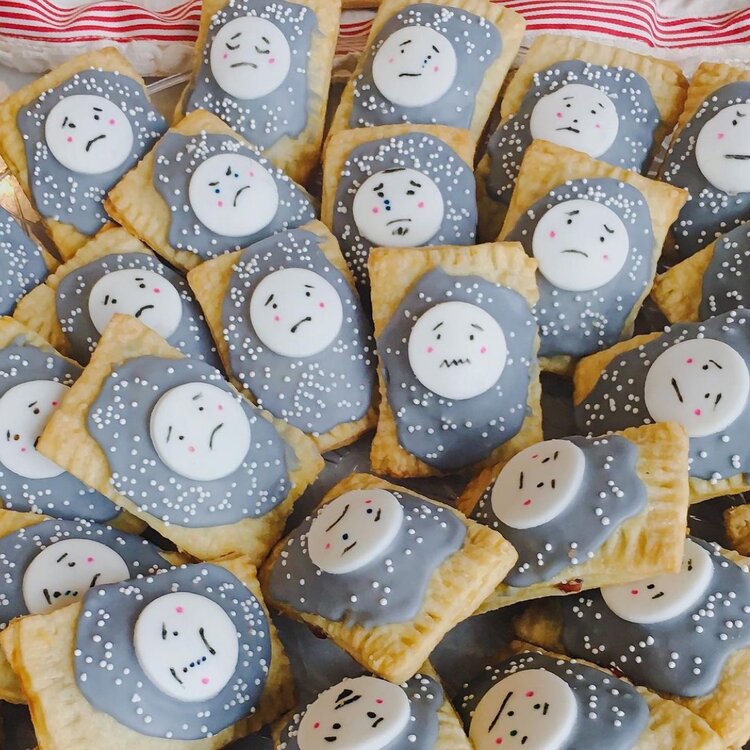 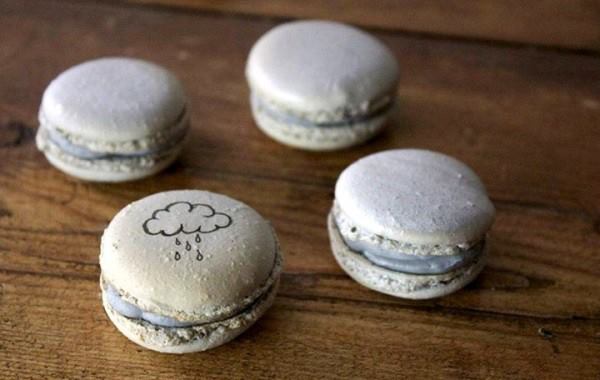 Members of the public are encouraged to join the movement by baking their own grey cakes.

If you can't bake, you can still participate by buying grey cakes from one of Depressed Cake Shop SG's vendors and host your own grey gathering or gift them to friends.

You can even attend a grey-themed yoga class for free, but donations are encouraged, of course. All proceeds from the F&B vendors who join the movement, as well as donations from the public, will go towards fulfilling Lee and Heah's goal of raising S$10,000 for the Singapore Association for Mental Health (SAMH).

This will be the women's first Depressed Cake Shop SG activity, and they hope that people will embrace the movement and start opening up about their own personal struggles.

It will help, Lee said.

"When you [open up] to someone, it relieves you a little bit."