On May 12, many Maris Stella High School students and alumni found out the sad news that the iconic blue school gate would be demolished after May 31 to make way for the housing project at Bidadari.

After feedback from alumni and members of the public — such as a petition to preserve the gate that garnered more than 5,000 signatures — the Housing Development Board (HDB) has announced that a new gate will be built and it will be a replica of the old gate.

Iconic gate has been standing for 24 years

The iconic gate, with cobalt blue roof tiles and a cross, was constructed in 1997 when Maris Stella High School re-opened after extensive redevelopment and is considered a historic part of the school's infrastructure.

Needs to be removed so road can be widened

In a Facebook post on Saturday (May 15), HDB explained that road that the gate is on, Mount Vernon Road, needs to be widened for the upcoming Bidadari estate.

HDB said that one of the options that had been discussed was to relocate the existing gate to a suitable site within the school compound instead.

However, this was found to not be technically feasible, and there was a risk that the structure would be damaged in the process of relocating.

Instead, after discussing with the school owners and Marist Brothers, it was decided that a replica of the arch gate would be built within the school compound, that would incorporate as many of the elements of the existing gate as possible.

Gate was an "endearing emblem" of the school

Tan Kiat How, Minister of State for National Development, said that several of his fellow Members of Parliament (MPs) — Alex Yam, Sitoh Yih Pin, and Koh Poh Koon — had spoken with him about the decision to shift the Maris Stella gate.

He said that he and other HDB colleagues spoke with the Maris Stella Alumni President, who shared the views of past and current batches of Maris Stella students.

"Even though the gate was only installed in 1997, it has since become an endearing emblem of the school that the boys are proud of," Tan wrote.

HDB also mentioned that Maris Stella's alumni association has offered to help to develop a digital replica of the current gate's design, which will make it easier to construct a new gate that resembles the original one.

They are also looking into whether other physical elements of the existing gate, such as the signage of the school, can also be retained in the final design of the replica gate.

HDB confirmed that the current gate, which had been slated to be demolished after May 31, will not be removed until the new gate is constructed, which is estimated to be in end-2021.

Some still unhappy, ask for gate to be preserved 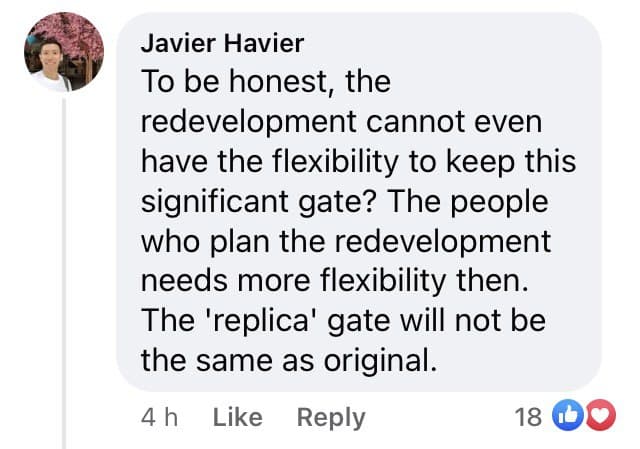 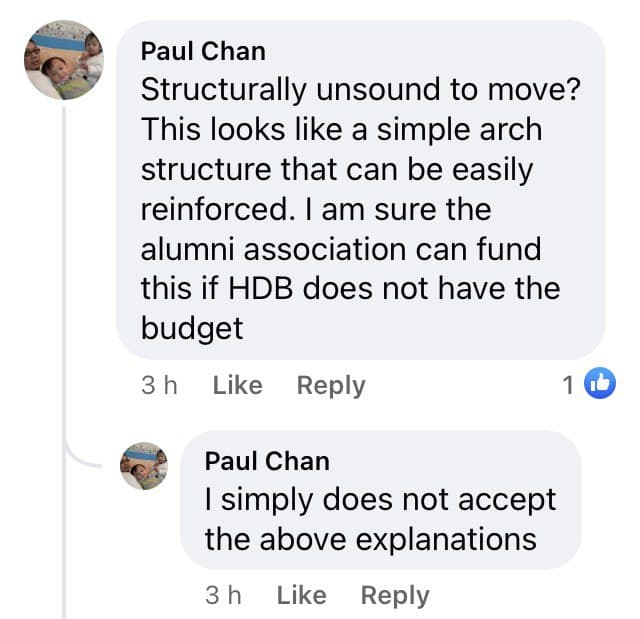