A woman in Singapore has been feeding stray dogs in Tuas the last nine years, spending more than S$1,000 a month on their food.

Her unceasing dedication to the community animals has even caused her domestic strife at home as her husband disapproves, but she still persists on continuing out of her love for dogs.

The woman, Aileen, was featured in a video by Purely Adoptions for their yearly Easter Food Donation Drive to call on the public to donate to pay for some of the expenses incurred.

Purely Adoptions is a local platform that puts out calls for animal adoption and helps animals in need.

According to the video, Aileen started feeding dogs in 2013 after she moved to Tuas.

She is currently feeding more than 60 dogs at 15 locations in the morning every day. 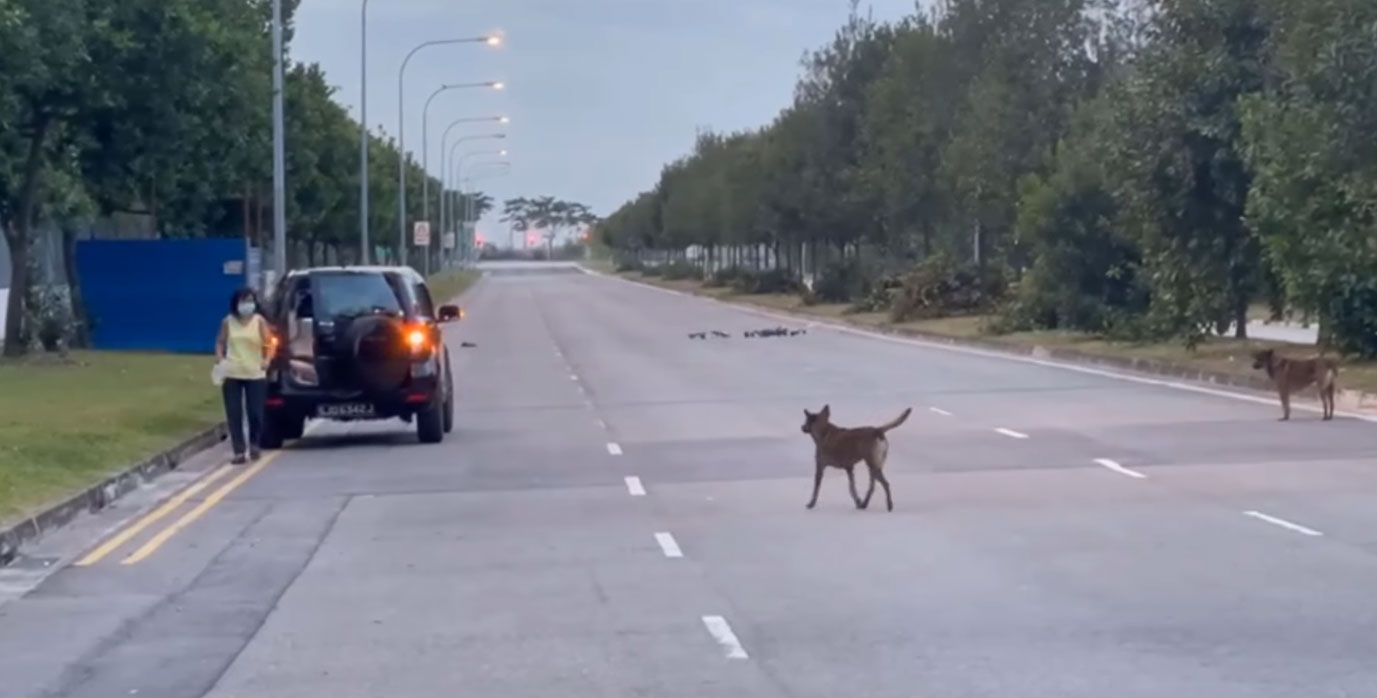 Her routine involves waking up at 4am to cook for the dogs a simple meal of rice and meat, and getting out of the house by 5:15am so she can reach Tuas at 6am.

After she feeds the dogs until 8:15am, she heads to work.

Cooks 20 litres of rice a day plus meat

Her cooking routine in the morning involves cooking 20 litres of rice -- four pots in total.

She also boils 2kg of minced pork, chicken gizzard and liver, as well as boneless chicken meat to sprinkle on the rice as a source of protein for the dogs.

At the moment, Purely Adoptions sponsors the rice. However, the cost has escalated to more than S$1,000 a month to feed the dogs.

Moreover, she has four boarding dogs at home.

Eating into her savings

She admitted in the video that feeding the dogs has been eating into her savings.

She said: "But since I'm already committed for many years, so I have to continue until I can't do it."

"Since I'm already feeding, I cannot just stop halfway. I wanted to, but when I think of it, I can't," she added 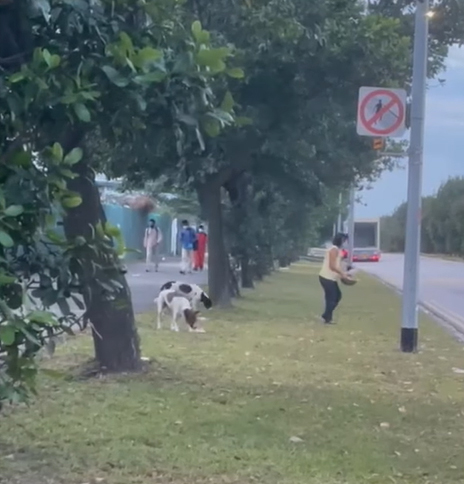 Her actions have even led to public opprobrium as people would scold her and threaten to call the authorities on her. 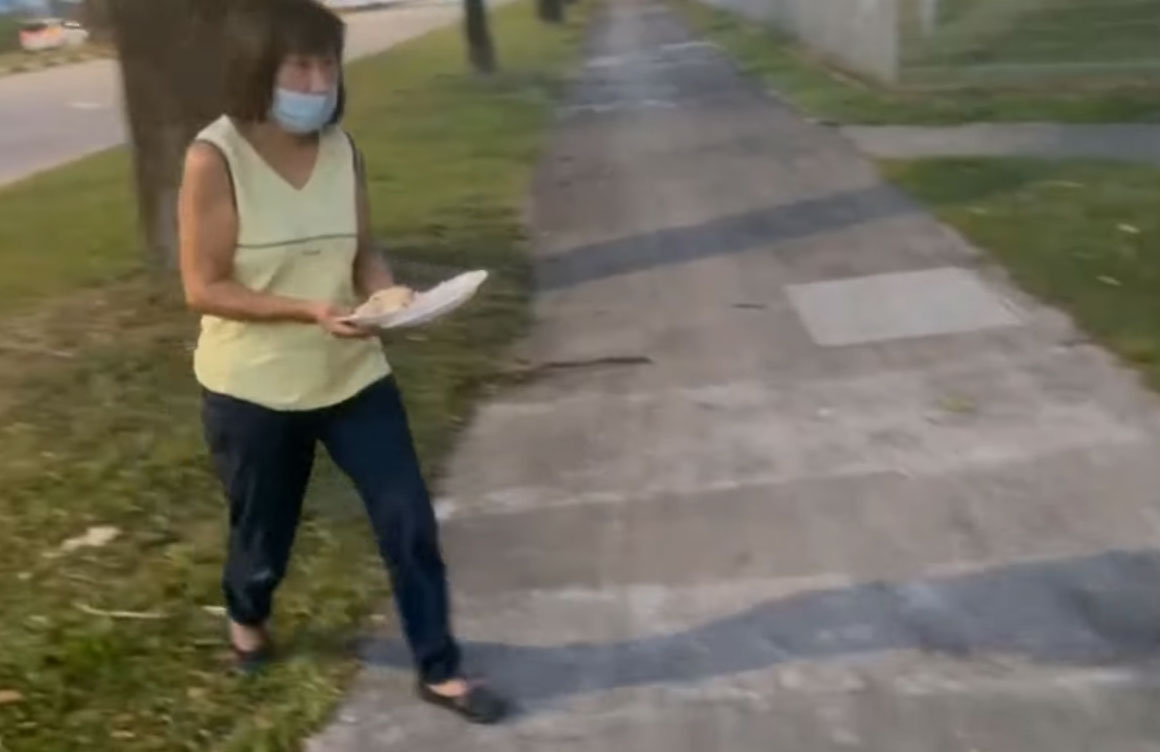 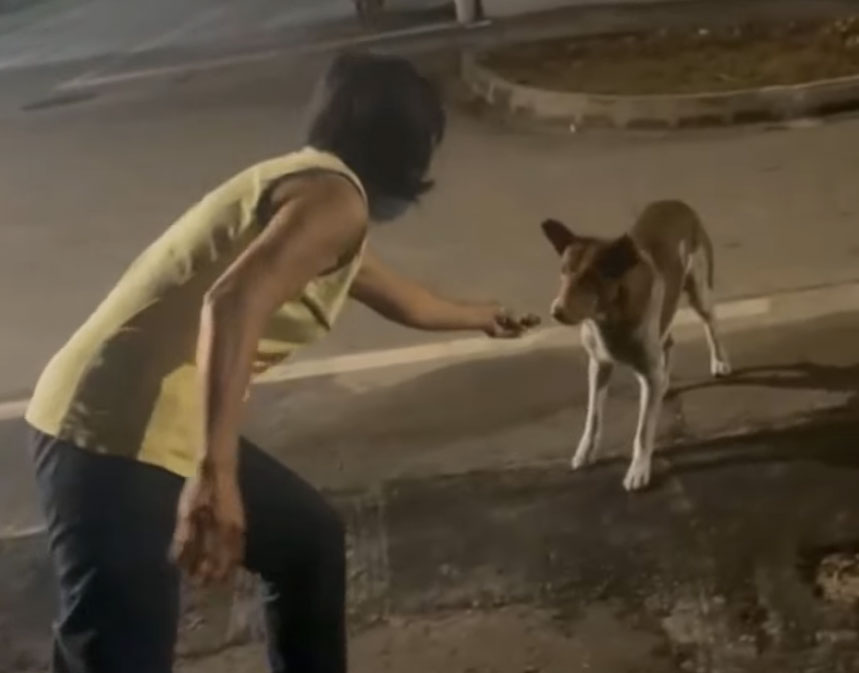 She said in the video: "There's a lot of unhappiness at home because my husband doesn't want me to wake up early, to feed the dogs."

But that has not deterred her as she said she feeds the dogs to gain their trust and it makes her happy to see the dogs eat and look contented. 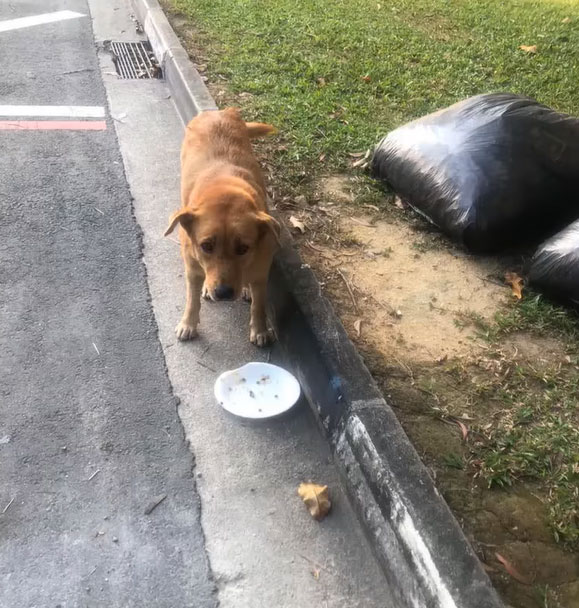 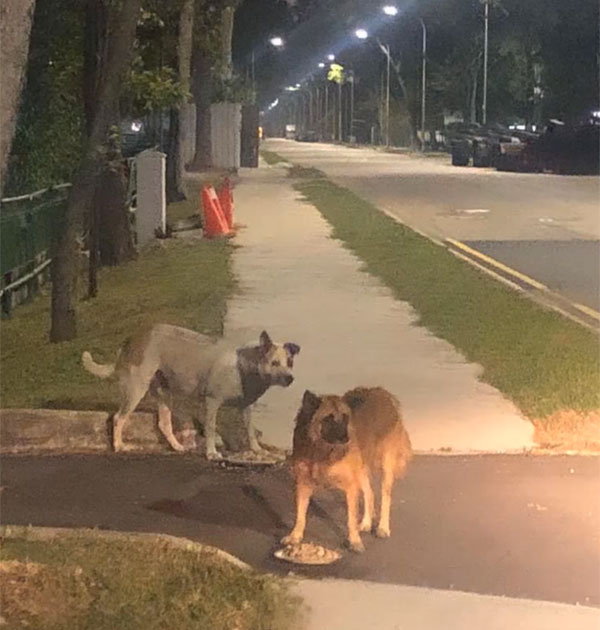 She said she used to catch the dogs to be neutered as part of a trap and neuter programme.

The feeding routine has led to the dogs wait for her out in the open even when it rains.

The Purely Adoptions donation drive this year is the eighth attempt and aims to collect 15,000kg of rice and 5,000 cans cat food for the year.

Currently, they have hit a donation amount that can cover 7,000kg of rice and 1,400 cans of cat food.