The World Health Organisation (WHO) says that the B.1.351 strain of SARS-CoV2 — also known as the South African variant — has been detected in Singapore.

In its weekly epidemiological update on Covid-19, the organisation listed the B.1.351 strain as "not verified".

This means that the organisation "has learnt from unofficial sources that the variant has been detected, but this detection has not yet been officially verified", WHO told Yahoo News. 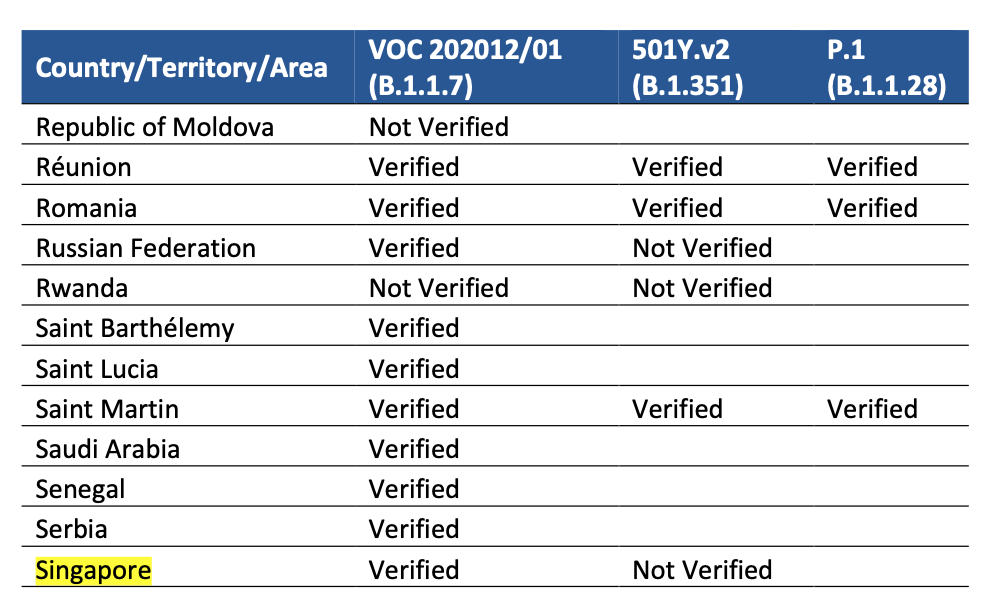 WHO told Yahoo News that it is currently investigating why the report has not yet been verified by the authorities.

The B.1.351 strain is also known as the South African strain because it was first detected there. Cases of this variant have since been detected outside of South Africa.

This strain reportedly spreads faster, and because of the large number of mutations in its spike proteins, may cause some vaccines to be less effective.

Other variants of the Covid-19 include the B.1.1.28 strain, which is also known as the Brazil variant because it was first detected in travellers who arrived in Tokyo from Brazil, as well as the B.1.1.7 strain, or the UK strain.

Mothership has reached out to MOH for more information.

Top images via WHO and Centers for Disease Control and Prevention.