A gathering of Lamborghini and Bentley supercars on Singapore roads occurred on Sunday morning, April 11, 2021 -- to the annoyance of some road users.

At least two videos have been uploaded online showing the antics of the luxury cars travelling towards the City Hall area, while taking up most of the lanes available.

One video posted on YouTube showed the supercars taking up three lanes on Nicoll Highway at 7:55am, while travelling at a leisurely speed.

The video was taken and put up online by a road user, who could be heard complaining in the video about the slow speed that the supercars were travelling at, and imposing on other motorists by not letting other vehicles overtake them.

The speed limit along Nicoll Highway is 70kmh.

Based on the video, it can be observed that the cars were travelling at speeds slower than that.

The two-and-half-minute video ended with the annoyed motorist cussing audibly on camera, as he eventually managed to overtake the bevy of supercars by filtering to the left-most lane along the stretch of road beside Suntec City.

While doing so, he overtook at least 44 supercars formed up on three lanes, as well as a lorry with three people at the back operating cameras, which was leading the pack of supercars.

The trio of personnel on the lorry appear to have been engaged to take photos and videos of the supercars on the road. 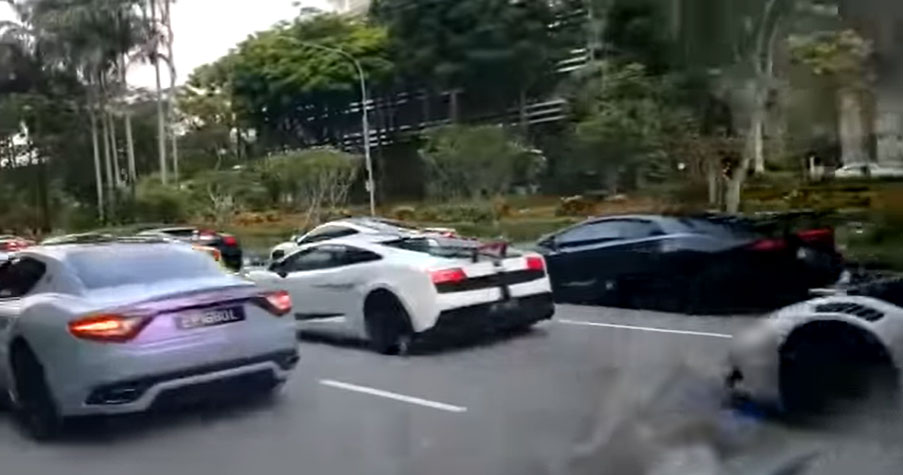 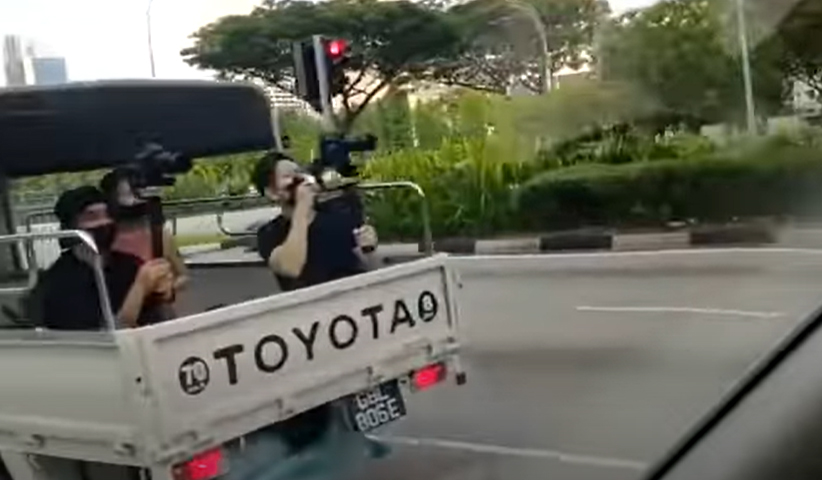 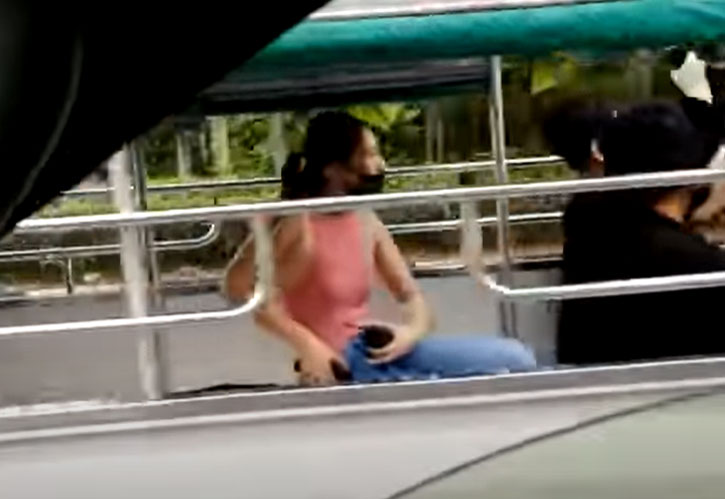 A second video showed the supercars travelling around the Suntec City Fountain of Wealth roundabout in circles repeatedly.

Based on the aerial shot of the scene, there were at least 48 supercars on the road at any one given time.

Traffic police at the scene

Towards the end of the second video, a traffic police officer could be seen stopping one of the black supercars with its top down. The officer appeared to have a chat with the driver of a Ferrari or McLaren supercar, as the other luxury cars beat a hasty retreat by filtering out of the roundabout via one of the exits.

The video then cut off with the sole black supercar and traffic police officer left alone at the roundabout.