A video has emerged showing the crew of the sunken Indonesia submarine singing a ballad together on board the vessel.

The video was filmed a few weeks before KRI Nanggala 402 went down with 53 sailors on board.

Some of those who perished are seen in the video recorded as a farewell for the outgoing commander of the navy's submarine corps, reported AFP.

They were singing an Indonesian hit song, Sampai Jumpa, which translates to "Till we meet".

The video has been watched more than 1.2 million times on Instagram after it was out for more than two days.

The poignant lyrics have hit home, with many commenters leaving sad face emojis.

Tributes continue to pour in

Submarine commander Lieutenant Colonel Heri Oktavian was among those gathered around one of the seamen strumming the acoustic guitar. 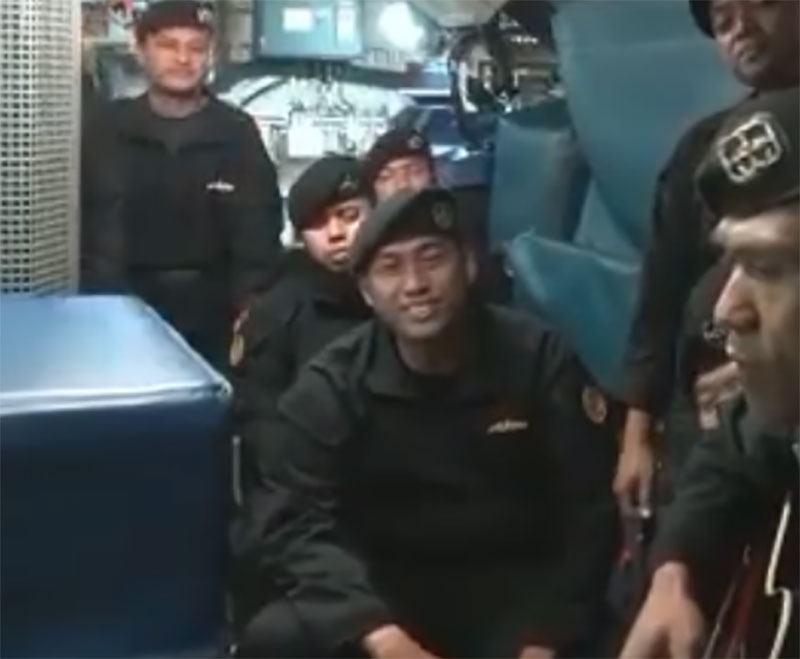 Oktavian did the MSc (Strategic Studies) Programme at the S. Rajaratnam School of International Studies (RSIS) in Singapore over the 2014/2015 academic year.

Oktavian is the second person from the right.