A cyclist in Singapore was caught on video crashing head first into the asphalt after his bicycle hit a stray metal object on the road, throwing the rider off balance completely.

The exact location of the incident was not revealed, but the 41-second video showed a group of cyclists taking up the entire width of the left-most lane as heavy vehicles overtook them on their right.

The video was edited with captions to show exactly the moment of impact and foreign object on the road that caused the cyclist to crash.

The object turned out to be a stray metal shackle that is frequently seen on heavy vehicles.

Moments before falling off his bicycle, the cyclist was seen riding with one hand on the handlebar and flagging traffic down with the other. 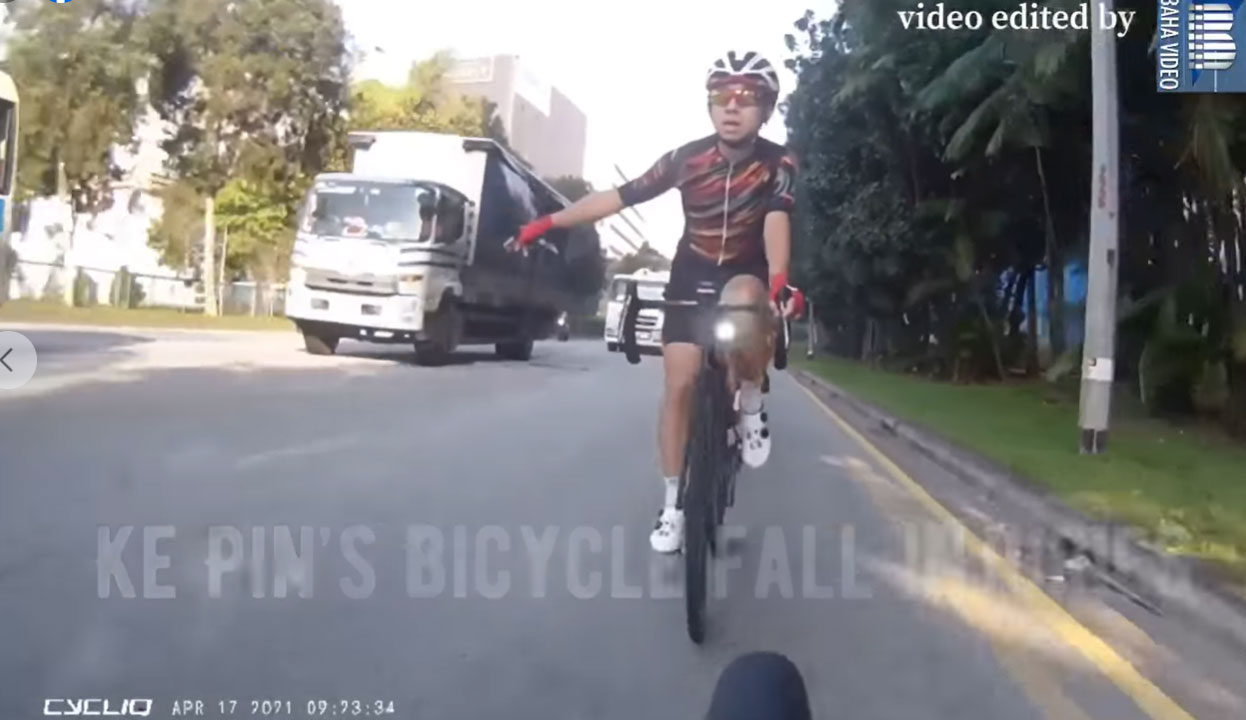 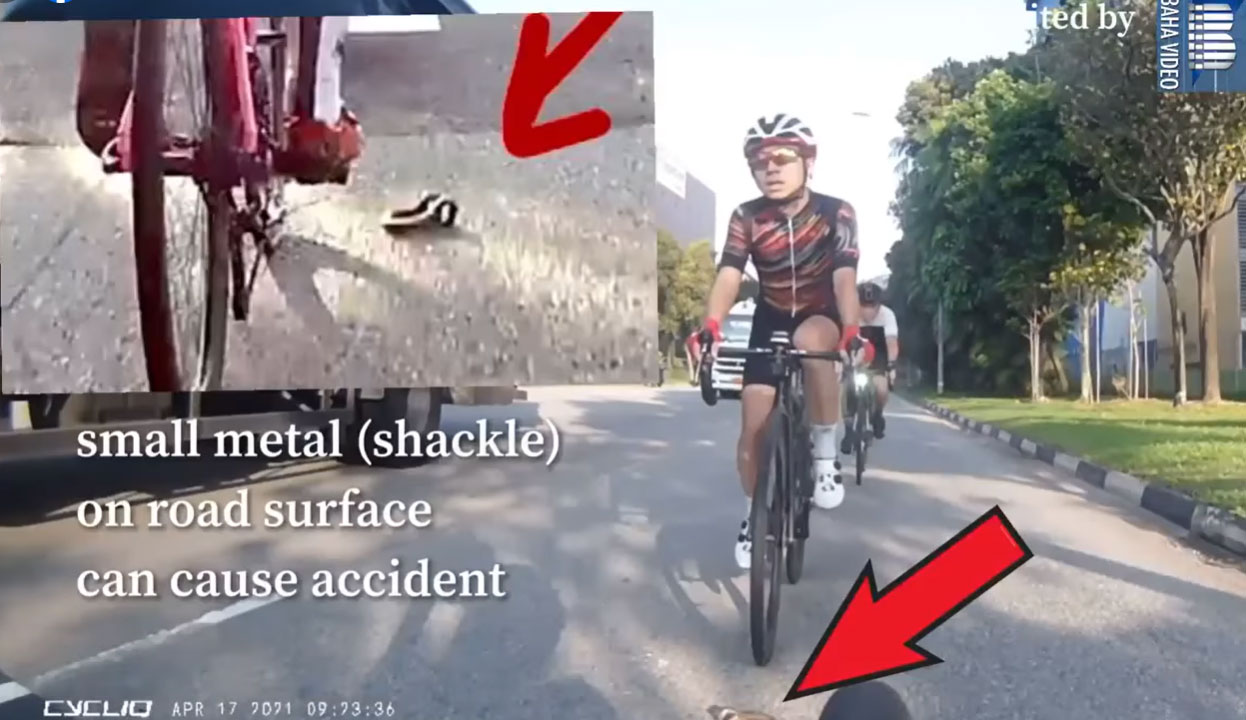 The rider could be seen falling onto his head and back upon impact.

The video also showed the suddenness of the fall, which forced the other cyclists behind to take evasive action to avoid also tripping or riding over their fallen compatriot.

One of the cyclists could even be seen swerving instinctively into the middle lane without checking his blind spot as a tanker truck loomed behind him. Responses to the video were not sympathetic to the cyclist.

Commenters pointed out that the group of cyclists should not have taken up the entire left-most lane and that they could have practised better etiqutte.

Others pointed out how unforced errors by those riding on the road can cause serious injury to themselves, and at the same time, implicate other road users if cyclists ended up injured or killed after falling into the path of other vehicles.