A cat in Japan that saved an elderly man from a dangerous situation has been commended, and made police chief for a day on Tuesday, Apr. 13, NHK reported.

The cat, called Koko-chan, had alerted passers-by to the elderly man who had fallen into a ditch.

Together with Koko-chan's owner, as well as her two sons, they helped save the man from his predicament, Kyodo News reported.

The incident happened in June last year in Toyama city.

At an award ceremony held by the police for Koko-chan, she was presented with a certificate that declared his commitment to protecting the safety of his neighbourhood. 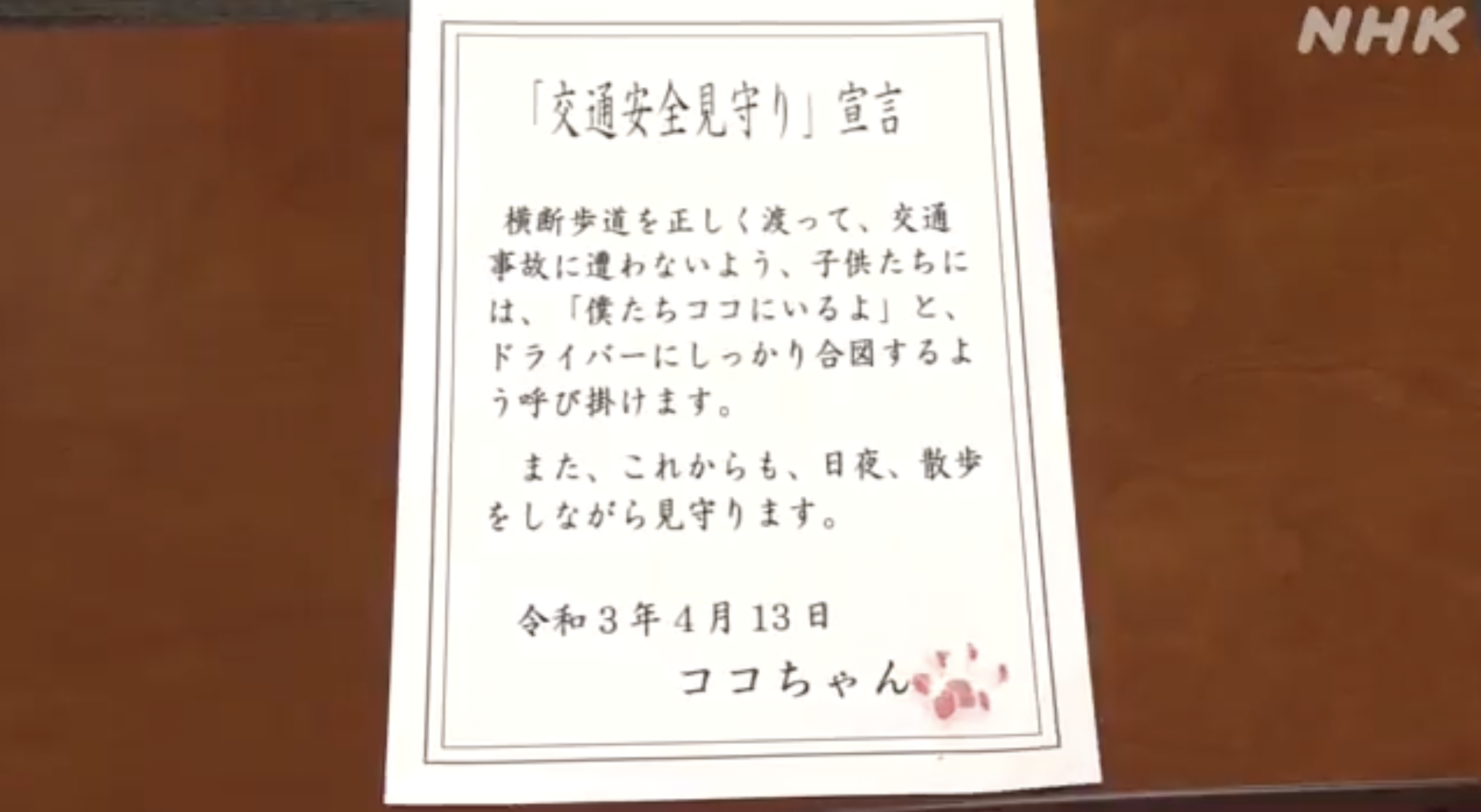 The ceremony's pomp was not diminished just because it wasn't held for a human.

As police chief for the day, Koko-chan visited a traffic safety class held at the local Kumano Elementary School.

Together with the children, she witnessed safety rules such as looking left and right before crossing the road, and holding up one's hand while crossing as an indication to incoming drivers.

Koko-chan's owner said: "I want children to be careful of traffic accidents and ditches while walking along them."

"Koko seemed nervous, and she often goes out of the house when the children go to school. If something goes wrong, I'd like Koko to alert me again."