If you like freebies (and let’s be honest, who doesn’t), check out the Singtel Dash app.

Not only does the app serve as a handy replacement for your wallet — you can use it to pay at various establishments and even for your public transport — the month of March will see it launching a huge giveaway with prizes in the form of over eight million Singtel Dash reward points.

These reward points can be used to redeem vouchers for a variety of merchants, but more on that later.

So how does one hop on this lucrative bandwagon?

Non-Singtel users can take part too

The first thing to do is download the Singtel Dash app.

Next, sign up and input your particulars. Good news — you don’t have to be a Singtel user to benefit from the app. All you need is a Singapore registered mobile number and your NRIC/FIN/Employment Pass/S Pass.

Next, look out for the banner which states “Great Dash Giveaway” under the “Latest Deals” section. 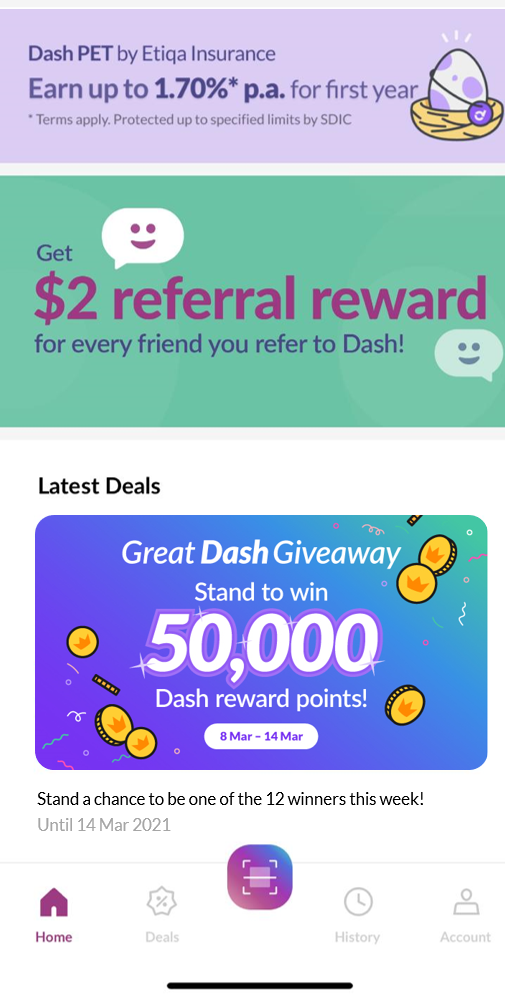 All you have to do is to tap on the banner weekly from today onwards to participate in the giveaway. Easy peasy.

How does the giveaway work?

There is one giveaway for each week of March. The prize increases every week, and 12 winners are chosen each week.

Tapping on the banner entitles you to a maximum of one entry in the giveaway per week.

However, you can increase your chances of winning by recording bonus entries. There are two ways to do this. 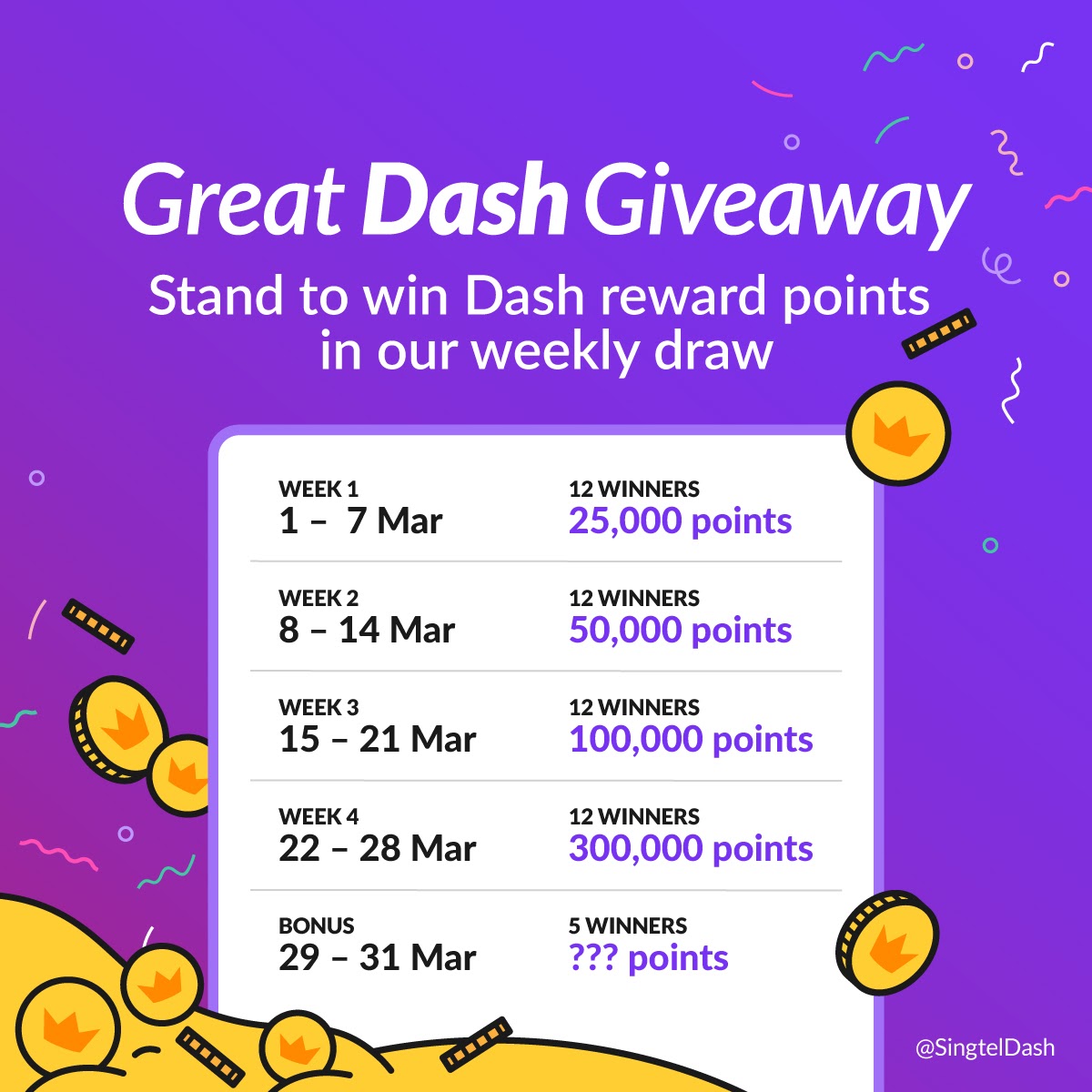 Furthermore, if you don’t win the previous week’s giveaway, the entries you have recorded will remain in the pool, so you still stand a chance to win an even bigger prize in the upcoming week’s giveaway.

Say you’ve been tapping every week up till Mar. 22, but have not won any reward points thus far, you will have three entries recorded in the pool, excluding the entry for the week of Mar. 22 and any other bonus entries.

At the end of the month, users can look forward to a special bonus draw with a mystery number of reward points from Mar. 29 to Mar. 31. Only five winners will be chosen for this.

In case you forget to tap the giveaway banner each week, fret not. There are other ways to earn reward points.

All Dash Rewards members get to earn points for every dollar spent, with the number of points earned depending on the amount spent per month.

Upgrade to the next tier simply by paying with Singtel Dash more often to earn more points.

Singtel Dash is widely-accepted if you haven’t realised. Over 200,000 merchants accept payment via Singtel Dash islandwide, including supermarkets such as Sheng Siong, convenience stores such as Cheers, retail shops and also Fave and PayNow merchants.

Not to mention millions of global merchants when you pay online with your Dash Visa Virtual Card, such as e-commerce companies like Shopee and Lazada. 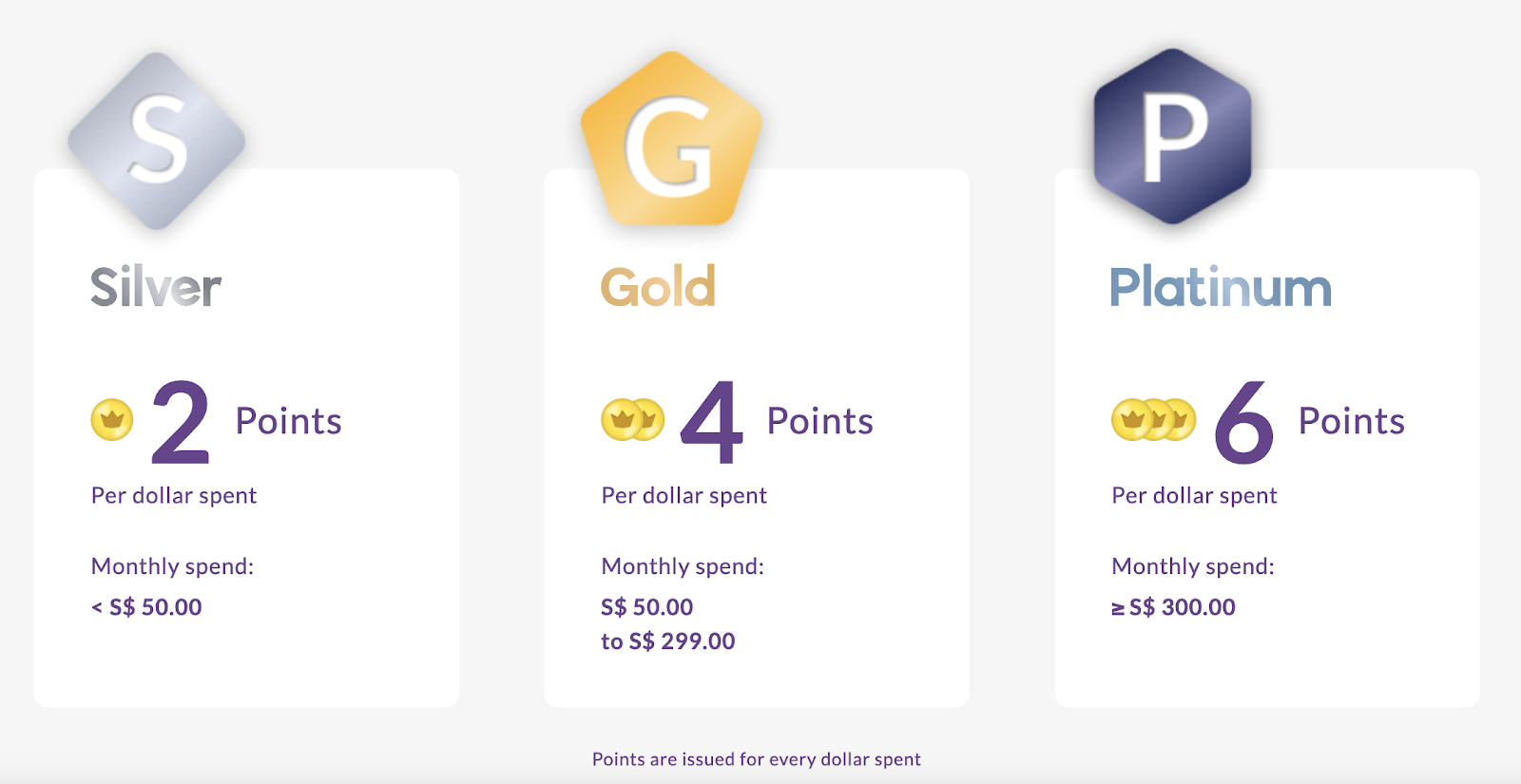 You can also earn 100 points for every remittance made.

What are the rewards?

The points won from the giveaway can be used to redeem vouchers from various merchants across different categories like F&B, e-commerce and food delivery, and fashion. You can check out the full, and rather extensive, list of merchants here.

You can even redeem Singtel exclusives and get data for free. 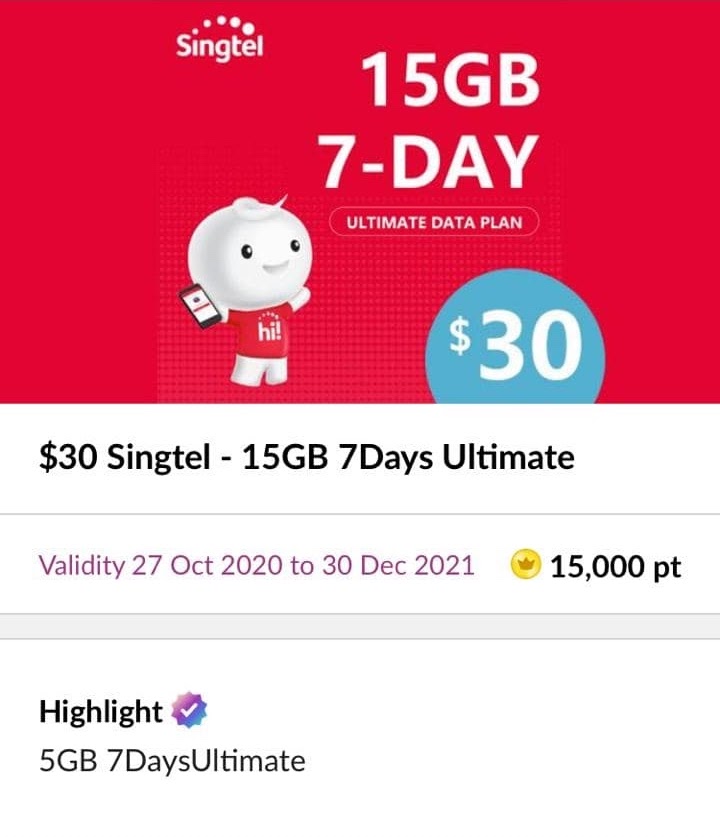 This sponsored article by Singtel Dash has the author’s finger poised over the app’s giveaway banner every week.