Growing up, I wanted to be a farmer.

My first-ever visit to a farm was when I was nine years old, during a trip to Australia with my parents.

I was amazed at how nearly all the food prepared at the farm was grown and harvested in-house.

During the farm visit, I was so inspired by the farmers and the work they did that I came home wanting to be one myself.

Unfortunately, my parents were rather unimpressed with my childhood ambition, preferring that I had more practical goals.

They quickly gave me a “reality check”, informing me that it would be rather difficult to find work as a farmer in Singapore, adding that there weren’t that many farms around the country due to the limited space we have.

My dream of becoming a farmer was gradually replaced by more practical (i.e. boring) ones, and I forgot about my little childhood fantasy -- until recently, when I was offered the opportunity to visit a farm in Singapore.

A fish farm, at that.

Taking a 30-minute ride out from Changi Ferry Terminal, my coworker and I sailed to Prime Aqua Sea Farm, a coastal fish farm located north of Pulau Tekong. Before the trip, I had imagined fish farms to be a challenge to navigate, and somewhat old-looking… and fishy-smelling.

I found that my expectations were completely misplaced when I arrived. 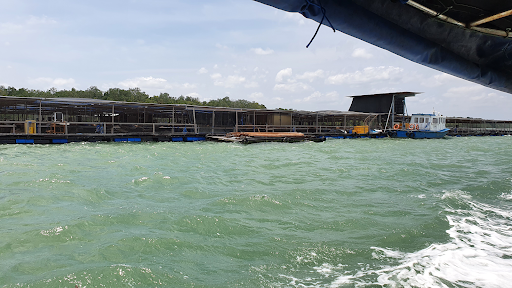 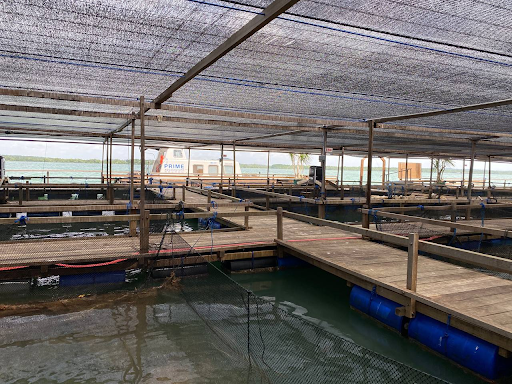 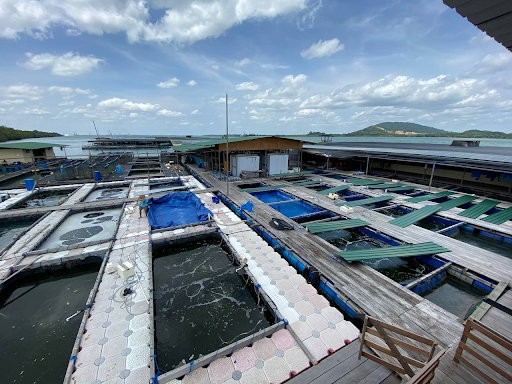 Marcus, 24, is the youngest member on the team. He shared that he has been working as one of the management members at the fish farm for about one-and-a-half years, since 2019.

I was rather surprised to find someone this young working here, considering the long working hours and niche field of work.

Marcus shared that he was introduced to this line of work by his father, who has been working in another department under Prime Group International for 30 years.

He shared that despite needing to spend more time off-shore and away from home, he found meaning in his work.

Seeing Marcus reminded me briefly of my childhood dream of becoming a farmer, which had already somewhat faded away over the years.

However, I was heartened to learn that it is now a viable career even for young people now.

Marcus shared that the team normally starts work at 7:30am, when they conduct routine inspection around the farm, before having breakfast together.

After that, they would disperse for their daily duties, such as feeding and inspecting other parts of the farm, or monitoring the condition of the fish in the CCTV room.

With the automated fish monitoring system, the staff members are able to monitor the fish in a central location, and are able to easily identify any issues quickly.

The automatic feeder ensures punctual feeding times for the fish and distributes an accurate amount of feed for all the fish, making sure that the fish are not overfed or underfed as much as possible.

The farm currently breeds nine types of seafood, including local favourites such as red snapper and threadfin. Using these technologies, it is able to maintain a high survival rate of fish at around 80 per cent and a standard fish population of 2 million. Marcus shared that the farm -- all 3.5 hectares -- was energy efficient, and fully sustainable using solar-powered energy harvested from the solar panels installed at the top of the covers of the farm.

They also have a diesel generator set, which is only turned on occasionally during long periods of rainy and cloudy weather, when there is insufficient solar energy generated.

Thinking back, I felt a little embarrassed that I was still under the impression that farms were usually somewhat backward and rural.

Harvesting of fish would start after lunch at around 1pm.

The fish are packed into large boxes, with layers of ice keeping the fish as fresh as possible. 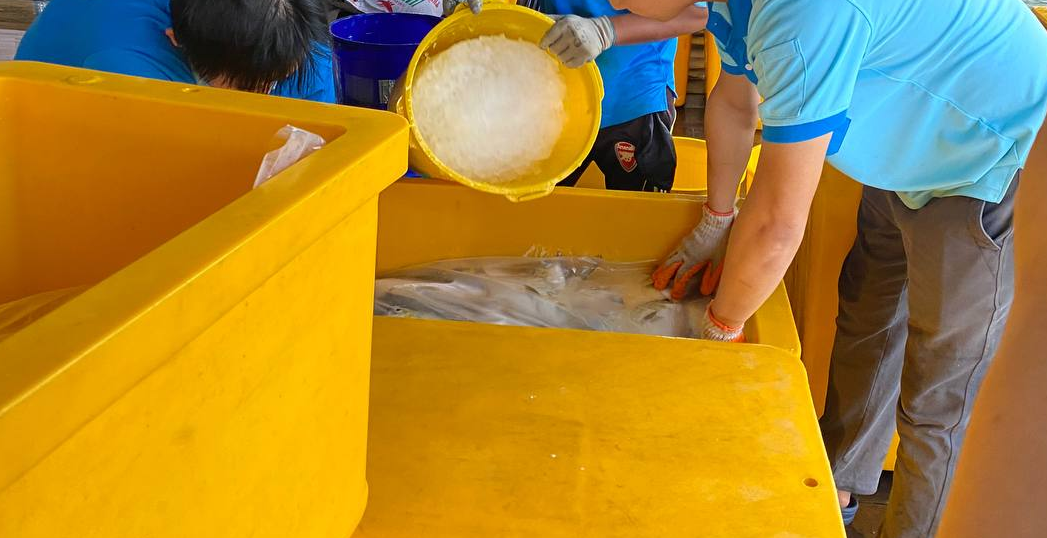 Huge amounts of fish were being scooped up by the minute -- before I knew it, the boxes were already filled up.

By 5pm, the boxes of fish are transported to the mainland, before they are distributed to wholesalers at Jurong Fishery Port.

And by midnight, the fish are ready to be sold to customers at fresh markets and supermarkets islandwide.

With a turnaround of less than 24 hours, the fish harvested from local fish farms require significantly less time and logistics to be ready for sale, compared to imported fish, which require a minimum turnaround time of 72 hours, according to Marcus.

He added that the farm harvests an average of 55 tonnes, or 55,000 kg of fish per month, which are sold across Singapore.

In line with the Singapore Food Agency’s (SFA)’s goal to produce at least 30 per cent of Singapore’s nutritional needs locally by 2030, the farm is targeting to ramp up production and produce 1,000 tonnes of fish annually by the end of 2021, Marcus shared.

To support more farms like Prime Aqua Sea Farm that are keen to adopt technology to ramp up production, SFA is establishing a S$60 million Agri-food Cluster Transformation (ACT) Fund which farms can tap on for co-funding support. The fund will be open for application later this year.

After the visit to the farm, I found myself being more conscious of where the food I buy and eat comes from.

While a lot of our food is still imported, I’m glad that with efforts by farmers to use technology and ramp up production, more and more of our food can be grown locally.

Considering that it’s all produced within this little island, there is less need for food to travel long periods of time before it reaches us, resulting in less spoilage and food waste.

As a result, we can enjoy locally grown produce that is fresher and lasts longer.

Knowing who’s behind the scenes, making sure that the food on your table is safe to eat, perhaps meeting Marcus and other farmers on the fish farm, gave me confidence that local produce can be held to a high standard.

Fish farmers like Marcus and his team ensure that no detail is left out -- from checking the fish feed rigorously every day to installing underwater CCTV cameras to monitor the fish, making sure that their fish grows well.

Having seen the hard work that goes into producing food, local produce is no doubt the preferred choice for myself, whenever available.

This sponsored article by the Singapore Food Agency (SFA) has slightly reignited this writer’s dreams of becoming a farmer someday.