A nun in Myanmar has been caught on video kneeling before heavily armed police officers and begging them to spare "the children" and take her life instead.

The image of the Catholic nun in a simple white habit, her hands spread, pleading with the forces of the country's new junta has been disseminated far and wide.

It has also won the nun, Sister Ann Rose Nu Tawng, praise in the majority-Buddhist country. 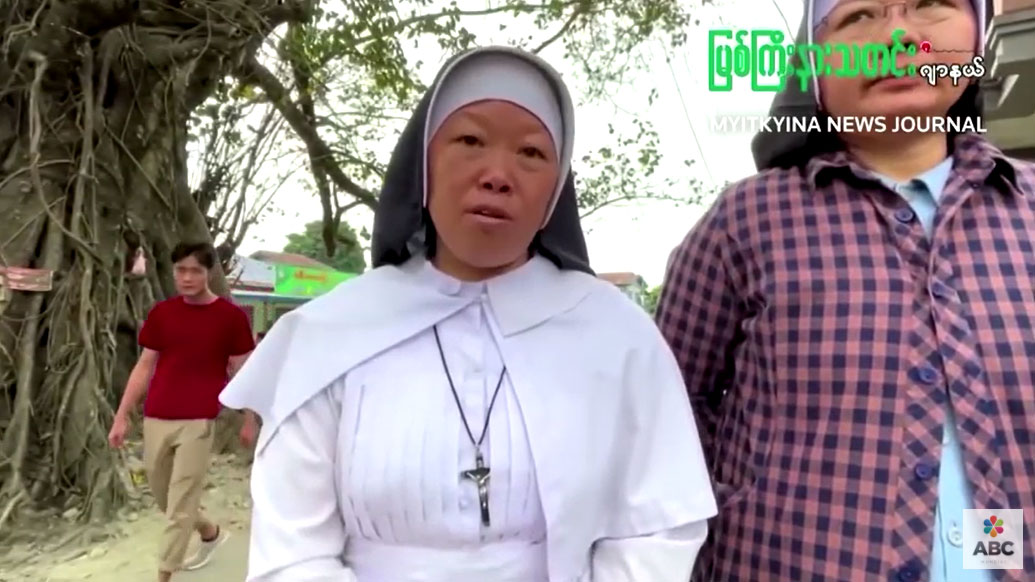 The incident took place in the restive northern Myanmar city of Myitkyina on Monday, March 8.

"I knelt down... begging them not to shoot and torture the children, but to shoot me and kill me instead," she told AFP on Tuesday.

Officers were also seen kneeling in an act of reciprocity. 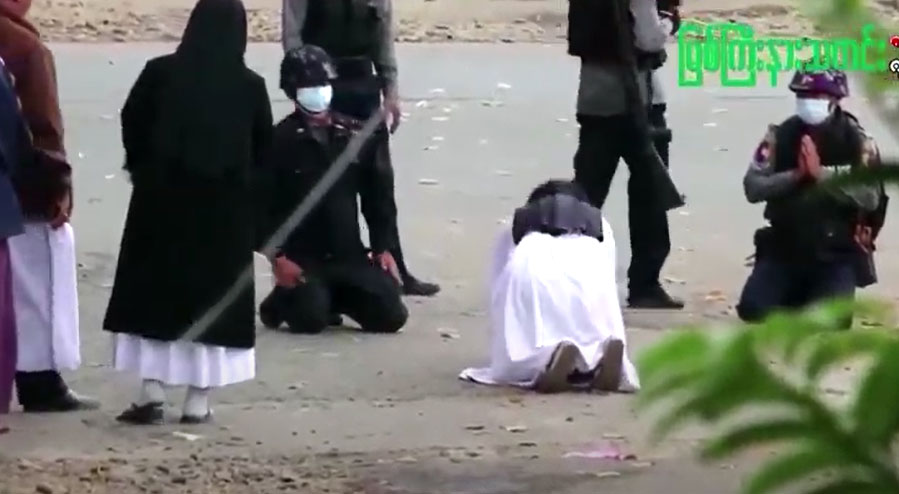 Use of force escalating

The junta has escalated its use of force over time, including live rounds, as protests demanding the return of democracy have continued.

Protesters took to the streets of Myitkyina, the capital of Kachin state, on Monday wearing hard hats and carrying homemade shields.

What happened at the scene

Sister Ann Rose Nu Tawng and two other nuns pleaded with the armed police to leave.

The troops had started to congregate and appeared poised to hit back at protesters on the streets.

"The police were chasing to arrest them and I was worried for the children," the nun said.

People killed at the scene

It was at that point that the 45-year-old nun fell to her knees.

As she was begging for restraint, the police started firing into the crowd of protesters behind her.

She then saw a man shot in the head fall dead in front of her.

She was subsequently hit by tear gas.

She said: "The children panicked and ran to the front... I couldn't do anything but I was praying for God to save and help the children."

"I felt like the world was crashing," she added.

"I'm very sad it happened as I was begging them."

Two men were shot dead on the spot during Monday's clash, a rescue team confirmed to AFP.

But it was not confirmed if live rounds or rubber bullets were used.

This was not Sister Ann Rose Nu Tawng's first encounter with the security forces.

On Feb. 28, she reportedly pleaded for mercy by slowly walking towards police in riot gear, getting on her knees and pleading for them to stop.

"I have thought myself dead already since Feb. 28," she said.

That was the day she said she made the decision to stand up to the armed police.

On Monday, she was joined by her fellow sisters and the local bishop, who surrounded her as she pleaded for mercy for the protesters.

"We were there to protect our sister and our people because she had her life at risk," Sister Mary John Paul told AFP.

"I can't stand and watch without doing anything, seeing what's happening in front of my eyes while all Myanmar is grieving," Sister Ann Rose Nu Tawng said.