COMMENT: The Workers' Party has announced its new leadership for the next two years, following its first internal election under Secretary-General Pritam Singh.

We provide a few observations regarding the new leadership appointments:

The Workers' Party (WP) announced the key appointments of its Central Executive Committee (CEC) this week (Jan. 6), following its internal election on 27 Dec. 2020.

There are changes to the other appointments, including the Media Chair, Youth Wing President and Deputy Organising Secretaries.

This means that the younger, newer slate of members who were elected into the party’s top decision-making body are also appointment holders now.

What caught the attention of political observers have been the appointment of Seah as the Youth Wing President and the official naming of the policy research team head (Giam) and deputy team head (Lim).

1. Return of Nicole Seah as a politician to watch 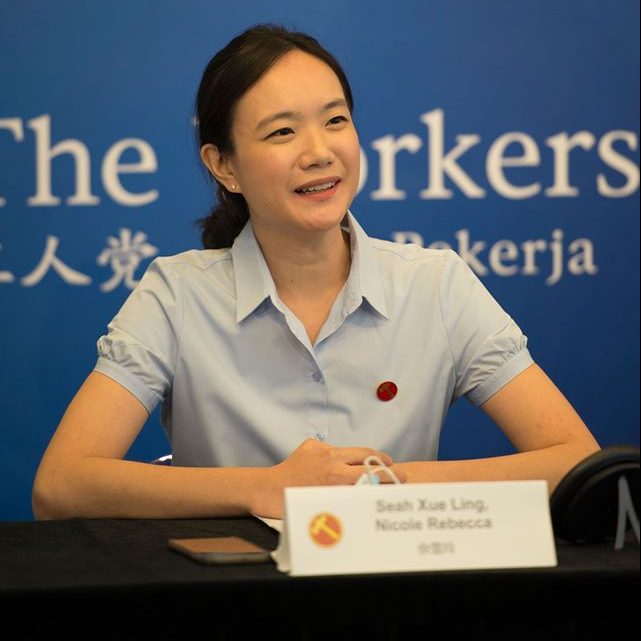 Five years ago, Seah wasn’t even allowed to campaign with the Marine Parade GRC team led by former Non-Constituency MP (NCMP) Yee Jenn Jong or to wear the WP blue.

This was what Low told Yee in a 45 minutes meeting, as recounted by Yee:

"I recall him saying, 'Of all people, I expected you to have better political judgement. We are WP. We must fight as WP.' To him, Seah was no ordinary volunteer. The attention would be on her and it would distract the WP’s campaign. I was focused on trying to find any way to get a few percentage points more in votes. I was not totally convinced then, but I agreed to back down."

Five years later, Seah was a candidate in what is traditionally WP's second strongest team in East Coast GRC. And now, she has been appointed as the Youth Wing President and elected as a CEC member.

At 34, Seah is one of the youngest Youth Wing Presidents in recent years.

It is likely that the party values Seah's contributions and is now assessing how Seah, as the Youth Wing President, will be able to attract and retain new and young volunteers.

It is a rapid rise for someone who was not even part of the WP five years ago.

And what may have led to this rapid turnaround?

One of the observations Yee made in his book "Journey In Blue: A Peek Into The Workers' Party Of Singapore" was, "I knew she had assimilated into the WP. She was now one of our team players and not just an individual star. She was ready for the WP’s way".

Seah's rise in the party is impressive.

Her inclusion in the CEC meant that she had edged out CEC member and fellow East Coast GRC teammate Terence Tan to be part of the new 14-member CEC.

Seah, who has the third largest following on Instagram (56.7k) after Jamus Lim (116k) and WP chief Pritam Singh (57k), is likely to use this platform to engage young potential WP volunteers.

In other words, policy research is not new in WP, even though these two appointments were not in the previous CECs.

The official naming of the policy research team head and deputy head follows up on Singh's first New Year message as the Leader of the Opposition.

In his message, Singh pledged that his party will continue to champion robust policy alternatives that represent the needs of Singaporeans.

Singh cited examples such as suggestions on minimum wage, widening access to justice, and optimising Singapore's reserves to nurture the Singaporean workforce.

According to Lianhe Zaobao, anonymous party members revealed that Perera and Lim were among those who garnered among the highest number of votes.

If it is accurate, Perera appears to be a popular member among his party colleagues and has improved on his strong performance in 2018 CEC, when he was ranked 6th.

As the Head of the WP Media team, Perera would have been credited by his cadre members for its strong social media performance and engagement.

"In fact, for several of us, Leon Perera also featured high on our list of possible successors, given his good Parliament performance. The disadvantage that Perera would face was that he was an NCMP at that time. With elected MPs in the WP, the SG (Secretary-General) should preferably be an elected MP who could have a ground to be rooted in.

Since (Pritam) Singh was able to take the role and was the best fit, many of us decided to put our support behind him. Race never came into our consideration. Two of our preferred candidates for the SG post were non-Chinese."

Yee also said that "increasingly, the chair of the media team is also becoming an important position" in the CEC.

4. Average age of WP members even lower than before

This means that its leadership group must be among the youngest in major local political parties (People's Action Party and Progress Singapore Party).

The average age is now 44.9 years old, with 4 CEC members in their thirties and below.

With nine out of its twelve leaders in their 20s to 40s, the WP team will have a longer runway to learn and lead the party.

This also means that this group of WP leaders is likely to be around to compete with the ruling party for many years to come.