Singapore and Malaysia announced via a joint statement on Jan. 1 that the Kuala-Lumpur-Singapore High Speed Rail (HSR) project has come to an end.

The decision was made as both countries were unable to reach an agreement on the changes that Malaysia had proposed on the HSR in light of the "impact of Covid-19 pandemic on the Malaysian economy".

The news was not well received by Malaysians, with many of them voicing their disapproval on a Facebook post by Malaysian Prime Minister Muhyiddin Yassin that announced the latest development.

Some Malaysian netizens also criticised the prime minister for not having Malaysia's long-term interests at heart, but rather, was thinking of his own political gain. 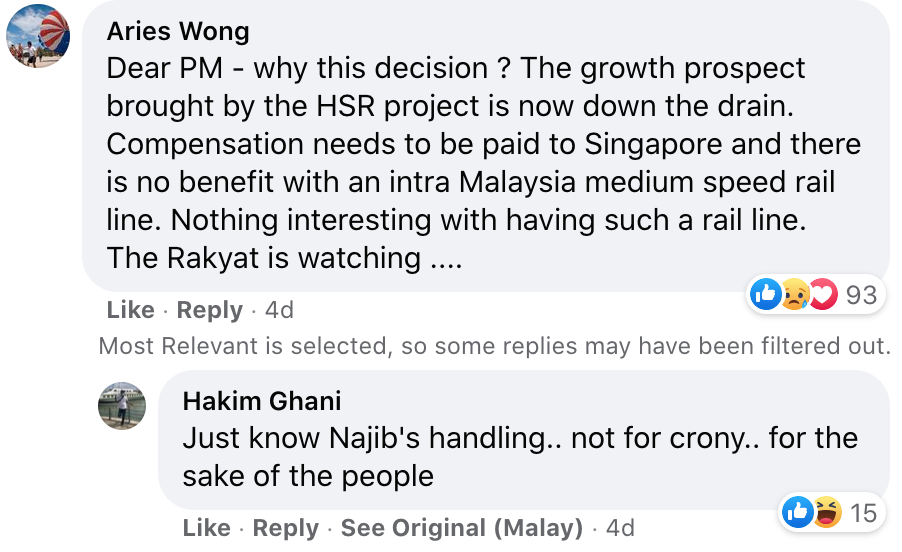 Providing further details on the termination of the agreement, Singapore's Transport Minister Ong Ye Kung said on Monday, Jan. 4, that the change proposed by Malaysia involved the removal of the Assets Company that was the system supplier and network operator of the HSR service.

Both countries had previously agreed to appoint the Assets Company through "an open and transparent international tender" as neither country has the experience in operating a cross-border HSR, he said.

Unhappy with compensation Malaysia has to pay to Singapore

Netizens also saw the decision as being non-economical, for Malaysia is due to compensate Singapore S$100 million for terminating the project. 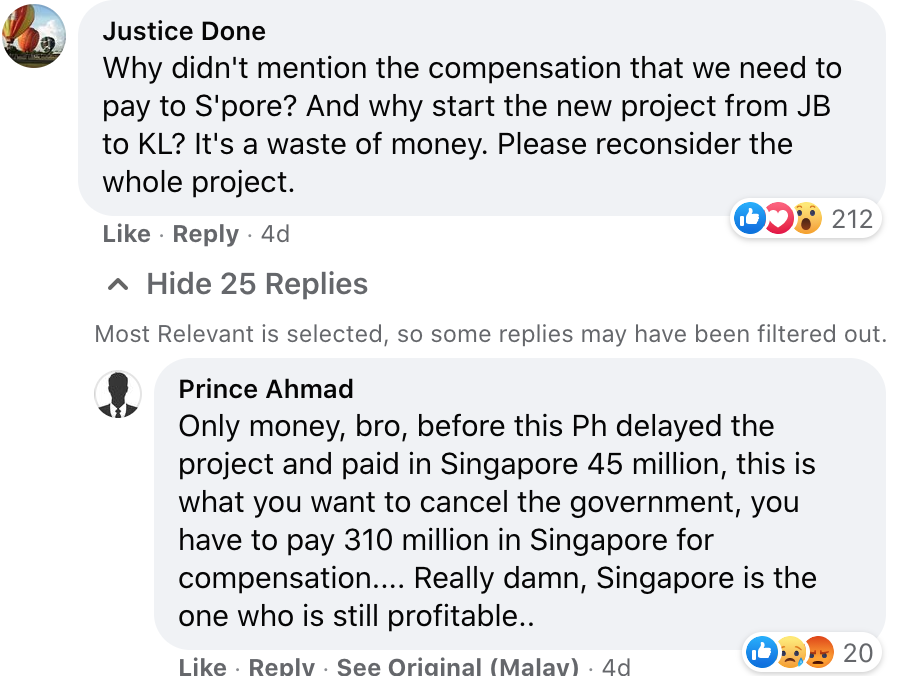 They also voiced their concerns regarding other ongoing infrastructure projects, like the Pan Borneo Highway project and the Tun Razak Exchange.

HSR not sustainable without Singapore's involvement

While the agreement with Singapore has been scrapped, the project has not been taken off the table entirely.

It was speculated that Malaysia would continue with the project, but simply without a Singapore terminal.

Some netizens opined that without a Singapore stop, the HSR's value has essentially been reduced. 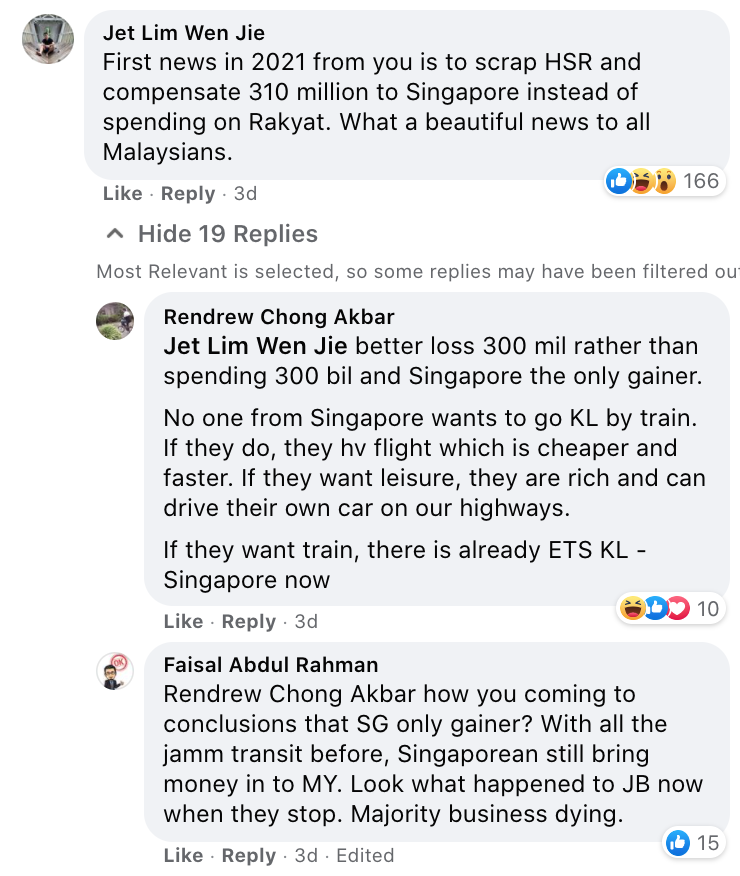 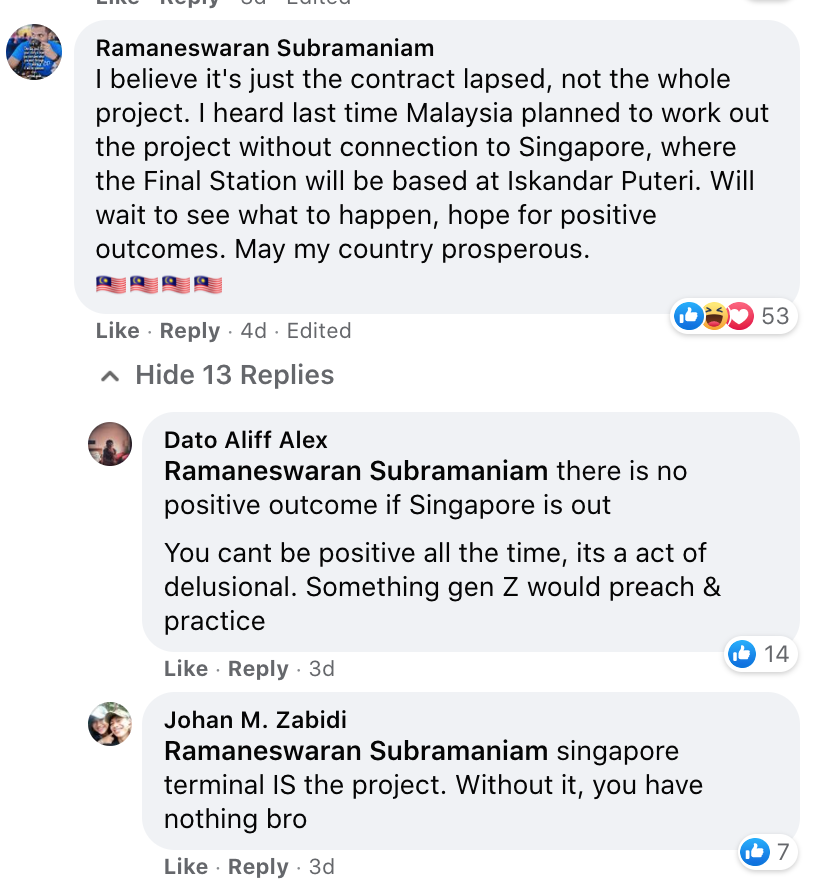 Such a view is substantiated by academics whom Mothership spoke to, who said that without a Singapore stop, the HSR is unlikely to be financially sustainable.