Malaysian singer Choo Hao Ren, who goes by Haoren, has apologised to anyone who felt offended by a music video he released that depicted a Malaysian Chinese girl in dark markup.

MV promoted use of whitening product to reverse effects of "sunburn"

The music video, posted on Sunday, Jan. 24, was released to promote a skin-whitening product.

The main female character, played by actress and Instagram influencer Qiu Wen, was first portrayed at the start of the video as having "tanned" skin through the use of makeup to make her skin tone appear darker than she actually was.

Girl bullied in school for having dark skin

Because of her "tanned" skin, she had to endure constant bullying from her schoolmates. In one scene, she got mocked after an ethnic Malay woman mistook her as a fellow Malay person.

But through the consumption of the whitening product and soy milk, as well as using items such as an umbrella, a cardigan and sunblock, the girl's skin eventually went through a transformation and became much fairer, winning the approval of her classmates.

This was depicted by Qiu Wen appearing as her usual self without the dark makeup.

Shortly after the video was posted, social media users voiced their concerns over the portrayal of people with darker skin tones as less attractive, as they felt it perpetuated the deeply-entrenched issue of colourism in Malaysian society, which is defined as the discrimination of people with a darker skin tone in the same ethnic group.

Creator apologised for offending others

In the post, he apologised to those who felt uncomfortable about the video, and stressed that he did not mean to offend anyone.

The music video was only to fulfil the plot which required the makeup to "perform the tanned skin" that was based on a true story, he said.

He further asked if it is "really inappropriate to do a tanned makeup on actor to present a plot of sunburnt... even though the story end up show unconditional love from the boy towards the tanned girl?"

Wanted to talk about sunburn, and not any racially sensitive issues

Choo uploaded an apology video the next day at 10am, and apologised once again.

The caption that accompanied his apology video said: "If I have offended anyone, I sincerely apologise."

He also took the chance to "clarify further" on the storyline of the music video, emphasising that his original intention was to talk about the effects of the sun on the skin, such as causing sunburn, and not to step on any "racially sensitive topics".

Fans see nothing wrong with the MV and defended him

Many of his fans and followers stood up for him, saying they get what he was trying to say in the music video, and that he was wronged.

Some even expressed their anger at the backlash Choo received.

"If this song was sung by (Malaysian singer) Namewee, what would everyone do? If (Malaysian influencer) Phei Yong acted in this MV, what would happen then?

Pity him for a good guy has become the bad guy here. It's alright, go Haoren! Keep writing songs and singing!"

Haoren's girlfriend Gladish, whose "real-life" experience was used as inspiration for the music video, commented as well.

"You've had it hard... Actually this is based on my real-life experience, but it has caused Haoren to bear the burden by himself, my heart really hurts for him."

Many felt it was a non-apology

But several social media users remained unimpressed by his apology.

They felt that it was a non-apology, for they thought he was only apologising because of the backlash that ensued, and not because he truly understood why people were angry in the first place, as well as the potential ramifications of perpetuating colourism.

"You seem to have missed out on the part in the MV where the girl was discriminated against by her schoolmates because of her darker skin tone."

"Please educate the rest of your YouTuber friends. If you still lack sensitivity towards such societal issues, and have no sense of responsibility, please get out of showbiz so you don't spread the wrong values to the younger generation." 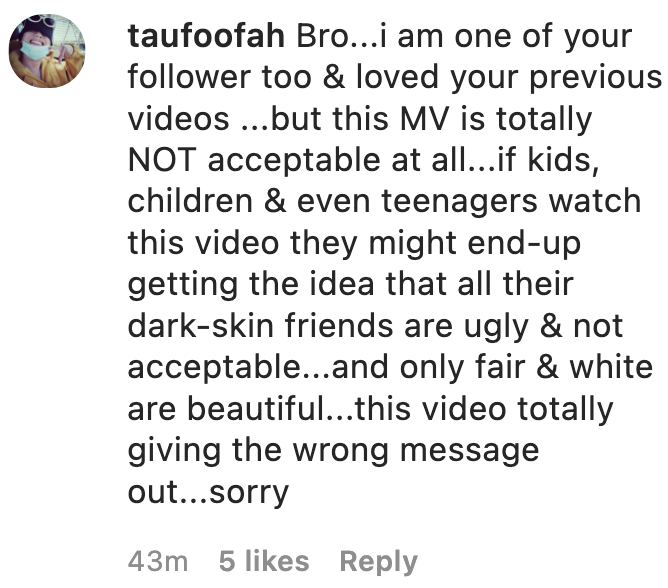 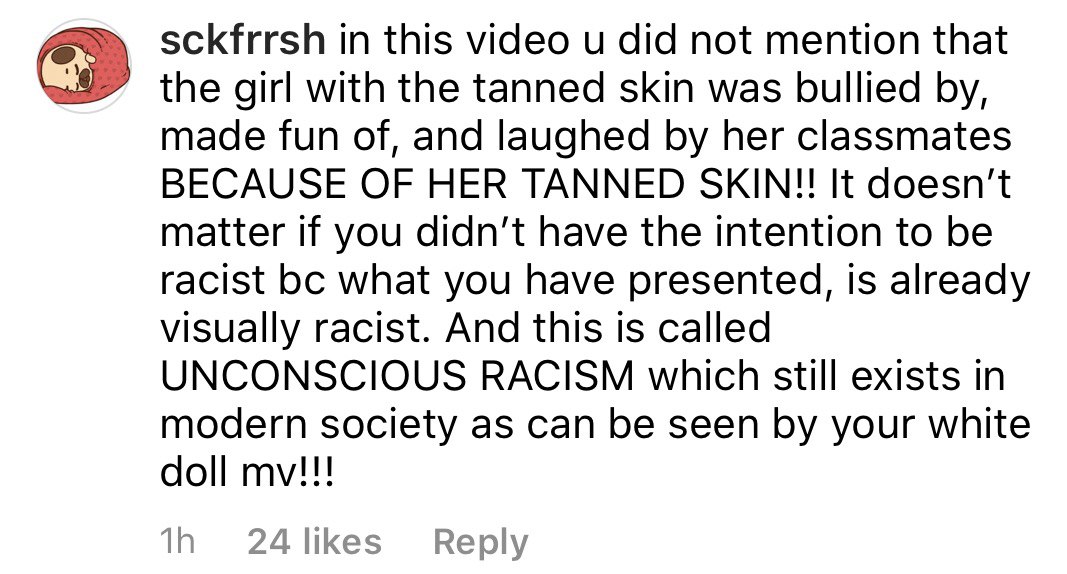 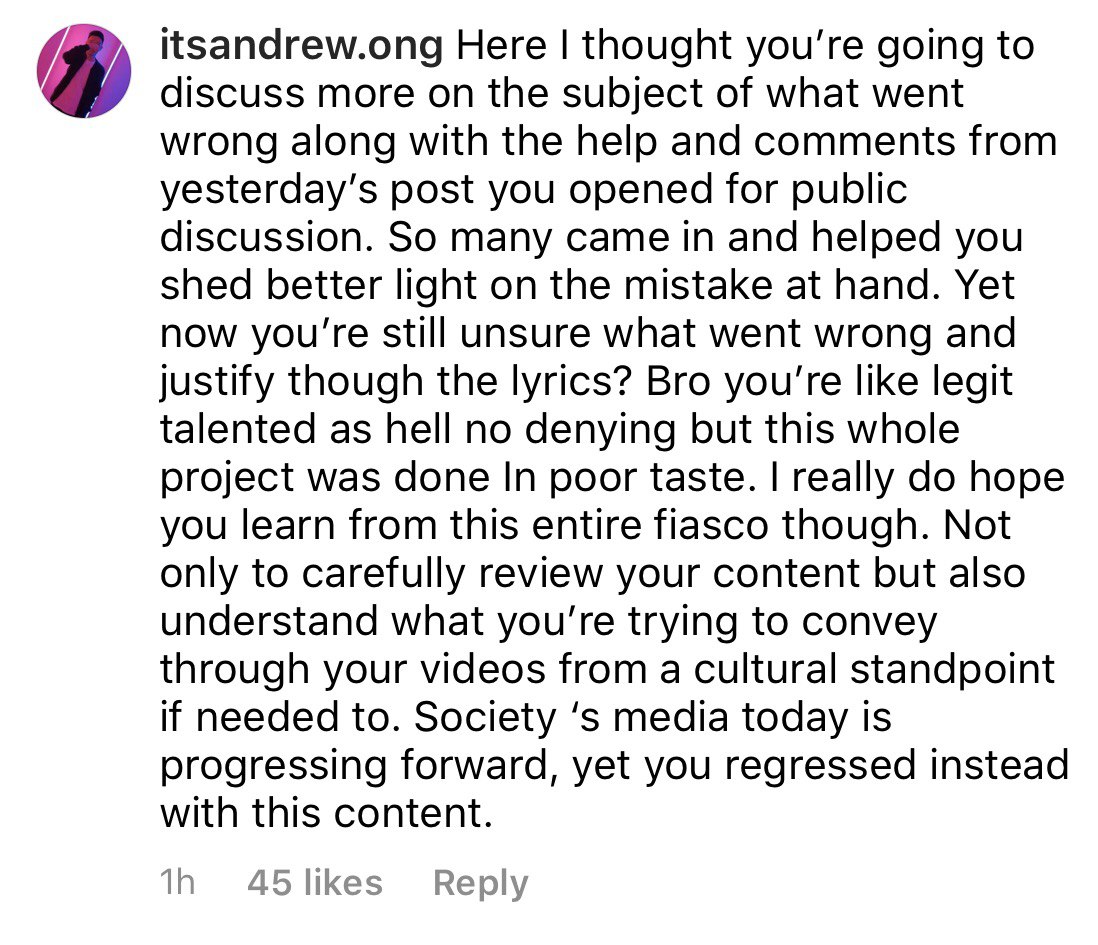