A WhatsApp exchange between a job seeker and a company staffer has exploded online in Malaysia due to the curt replies of the person looking for a job.

Yen Nee, who works for a Malaysian real estate group, took to Facebook with a screenshot of the WhatsApp conversation on Thursday, Jan. 21.

The potential job candidate had first asked "who you" when Yen sent a text message informing the job seeker of the scheduled Zoom interview.

Yen then identified herself as the person whom the job seeker spoke to on the phone the day before, before the potential interviewee said he could not make it at the scheduled time, and asked for the interview to be shifted to a later time instead.

After Yen said she will "try [her] best to arrange for him, she received a reply that turned down the interview offer by saying: "try you best? k. i no nid d job. tq".

Sharing the exchange on Facebook, Yen commented, "Youngsters nowadays are so full of personality".

Job seeker called out for being rude

The post quickly blew up on social media, with many users laughing at the incredulity of the situation, and also commenting on the attitude of the job candidate, whom Yen said was a university graduate.

Many of them agreed that he was rude, while some said the company is better off not hiring the person. 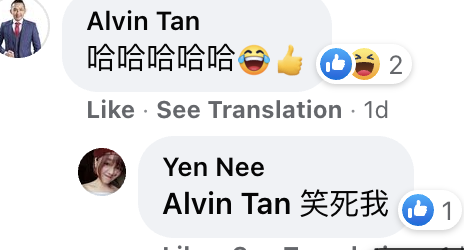 "Seems like he's not here to be interviewed. He's here to interview you, the boss."

(Sarcastically) "He even said 'thank you' at the end. He still had some manners."

"He might not want the job, but there are still many others who are hunting for jobs. As for this kind of people... just forget it."

"His future depends on his attitude! Let him be la."

"Young people rely on their attitude to survive."

"Very rude. If it was me, I wouldn't have bothered to reply."

"He would only be upsetting his boss if he is hired. You dodged a bullet there."