Tesla's CEO Elon Musk has sent the share prices of a little-known medical device company soaring more than 5,100 per cent, after confused investors ploughed money into the wrong company.

Musk, who tweeted a two-word recommendation on Jan. 7, was referring to the encrypted messaging service Signal, according to Bloomberg.

Three trading days later, the company has surged more than 5,100 per cent, giving it a market valuation of US$390 million (S$518.6 million). 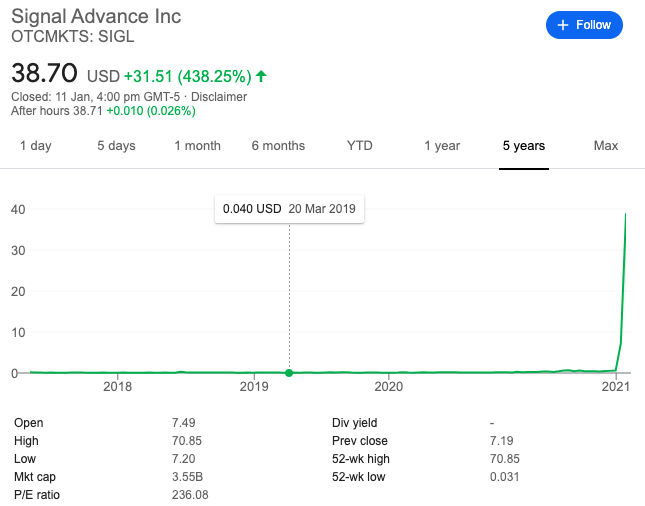 According to CNBC, Signal Advance had no revenue from 2015 to 2016, and the company's CEO is the sole full-time employee.

CNBC also reported that a similar situation occurred in 2019, when some people bought shares of Zoom Technologies, thinking it was the popular video-calling service Zoom Video Communications.

The U.S. Securities and Exchange Commission then stopped trading of Zoom Technologies, partly due to the confusion over its connection with Zoom video.