A man woke up at 1am to get a glass of water to drink, but ended up walking in on a bat making its rounds in the HDB flat it entered, apparently attracted by the bananas hung in the kitchen.

The encounter startled the man, but he managed to capture a video of the bat in action as it flew around the kitchen, but did not eat the banana. 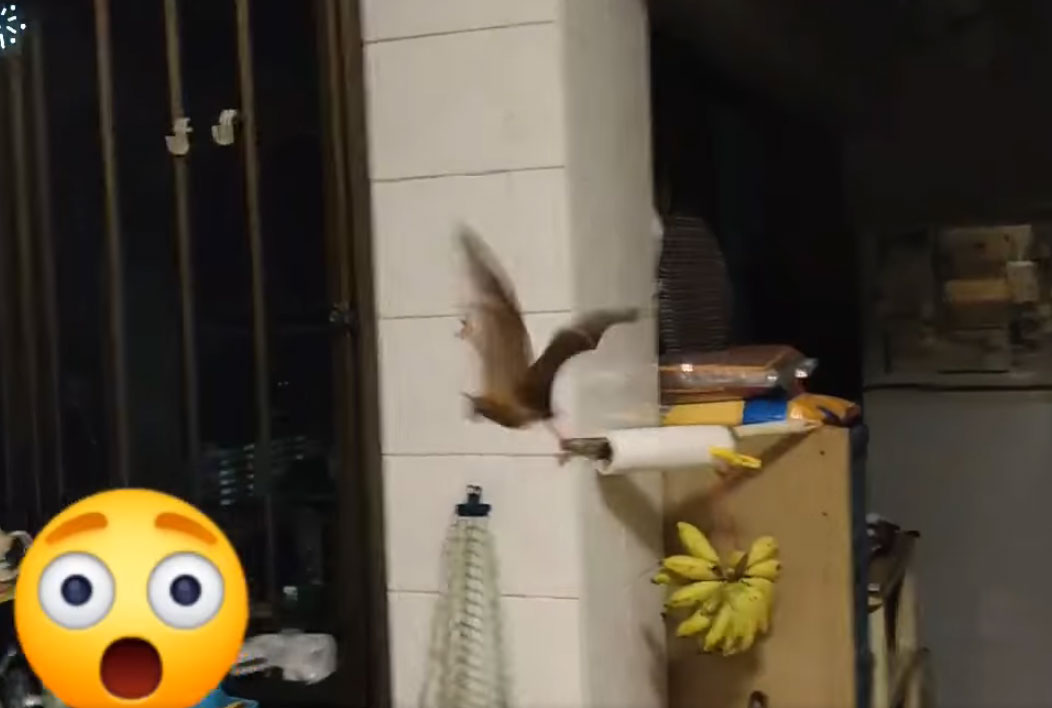 More than one bat

To the man's surprise, when he came out into the living room again, he discovered two bats this time.

According to the man, who posted on Facebook several photos and videos of the bat in his house, never in his 22 years staying at his place had he experienced this sort of encounter.

Yet, in the last three months, this was the second time that bats have entered his house, the man wrote.

Upon inspection this time round, the man discovered that the bats had taken bites from the banana in the kitchen. 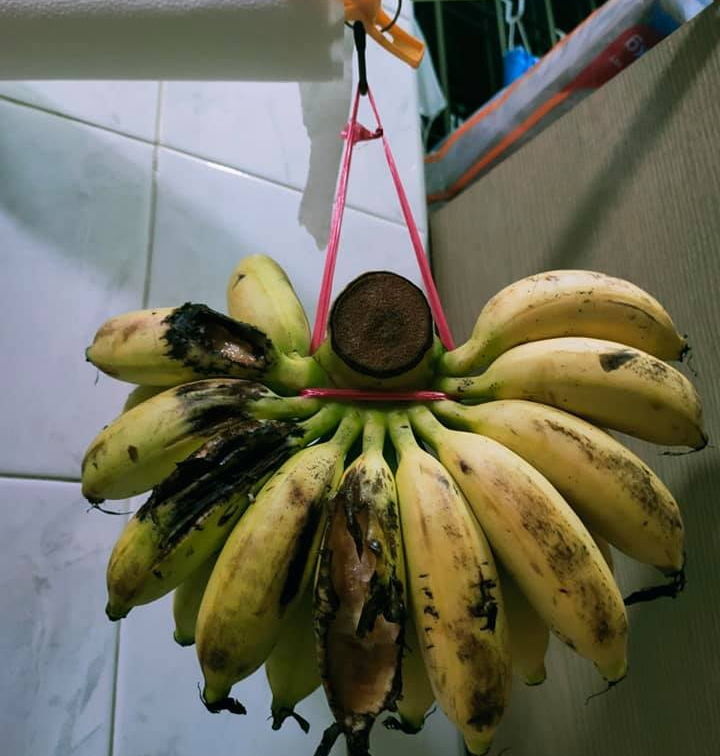 As one bat continued to fly around the house, the other bat decided to take a nap upside down by clinging on to a bamboo pole in the service balcony of the flat and proceeded to make itself comfy. 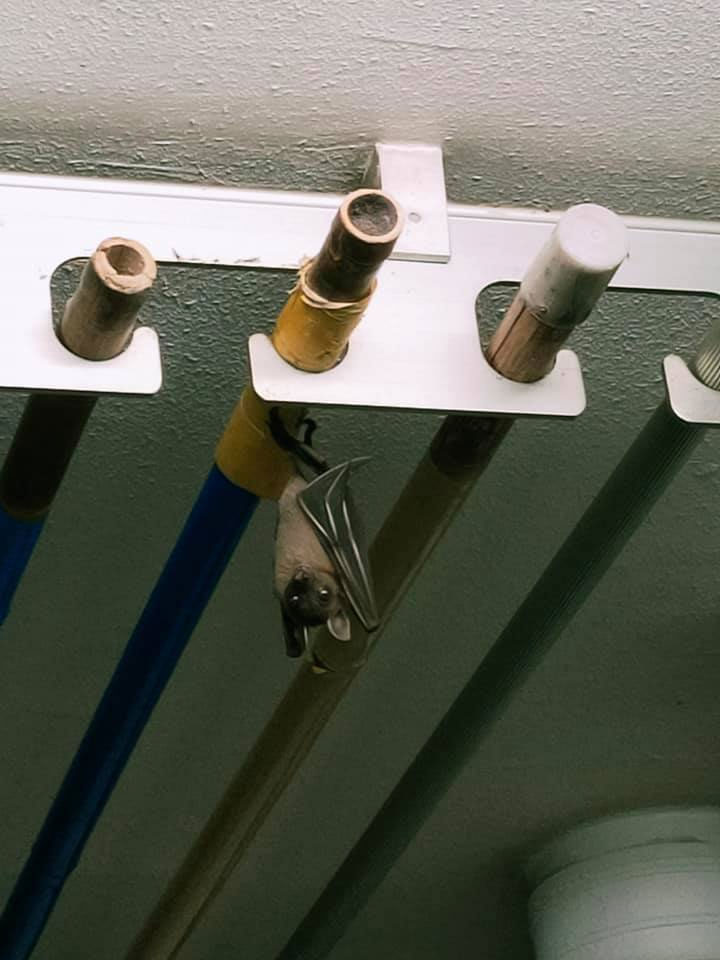 This was despite the bat being in close proximity to the man, who was filming it.

Hung bananas outside to lure bats out

In order to get the bats to leave the house, the man took the bunch of bananas that were in the kitchen and hung them outside of the flat on a bamboo pole from the clothes rack.

This enabled him to lure the bats out, and take more photos and videos of them in action. 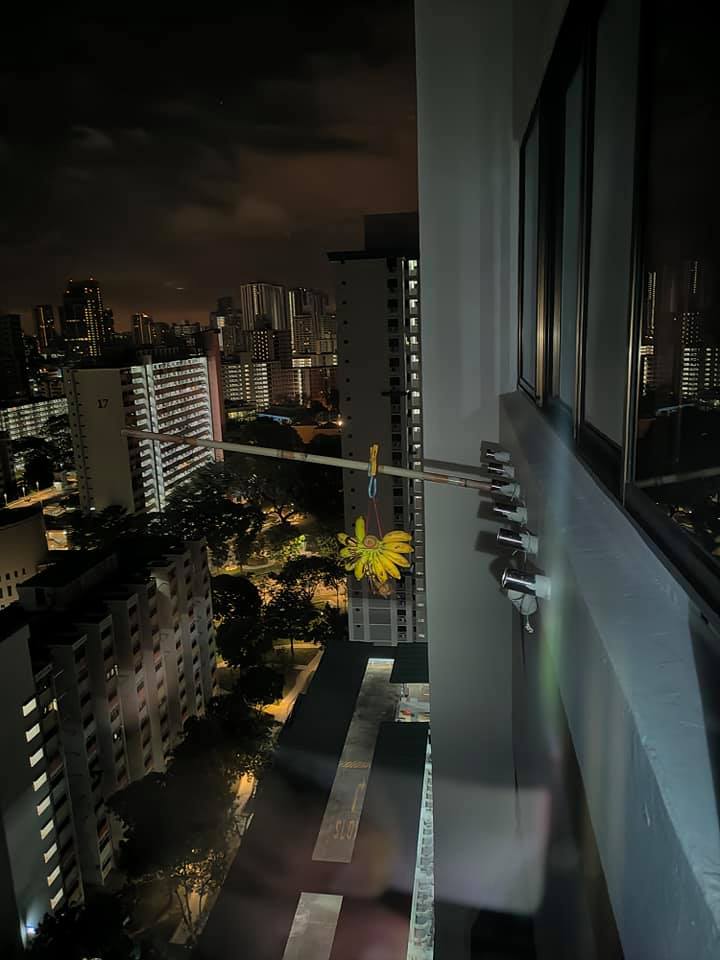 Eventually, as one of the bats feasted on the bananas outdoors, the other flew around.

This is not the first time bats have been documented attracted to bananas or in close proximity to humans in urban spaces.

Previously, in October 2020, a bat stopped by a bunch of bananas hung outside of the FairPrice outlet at Jurong East and made itself at home.

Bats were also flying into Upper Boon Keng Road flats in September 2020, prompting Member of Parliament Josephine Teo to address the issue by asking residents to put up shiny objects to deter the bats from entering households.

All photos via Simon Tay