The rise of bicycle-sharing in Singapore was unfortunately accompanied by the proliferation of irresponsible riders.

Apart from parking the bicycles in less than considerate spots, some errant users have also taken to tampering, vandalism, and even theft.

Now local bicycle-sharing company Anywheel has taken matters into their own hands to tackle riders who fall in the latter category.

In a post on Facebook, the company announced that it had hired "enforcers... to catch offenders stealing, personal locking, and tampering with our bikes".

The move comes after Anywheel had received feedback that some of its users were engaging in inconsiderate usage of its services.

"Such things should not be happening in a cultured nation of ours," wrote the company.

The post stated that Anywheel would be taking legal action against offending users, as well as reporting them to the police.

Accompanying the statement were pictures of alleged offenders confronted by law enforcement. 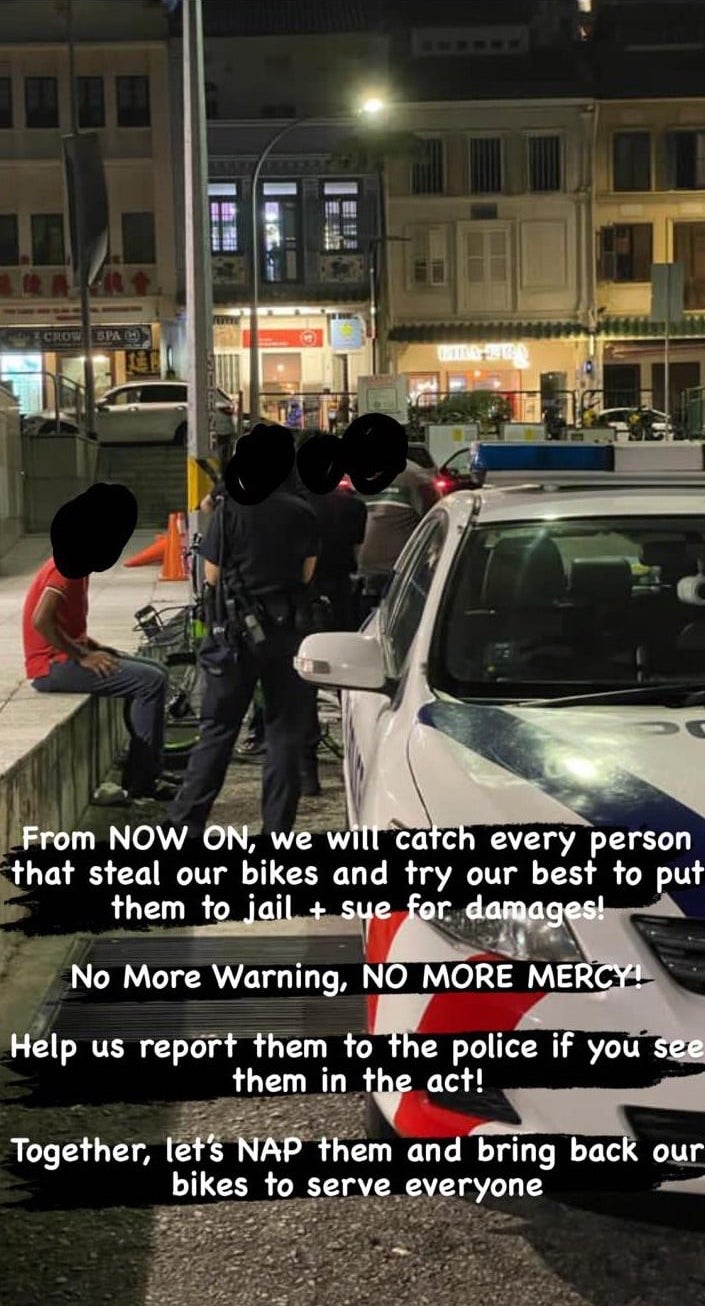 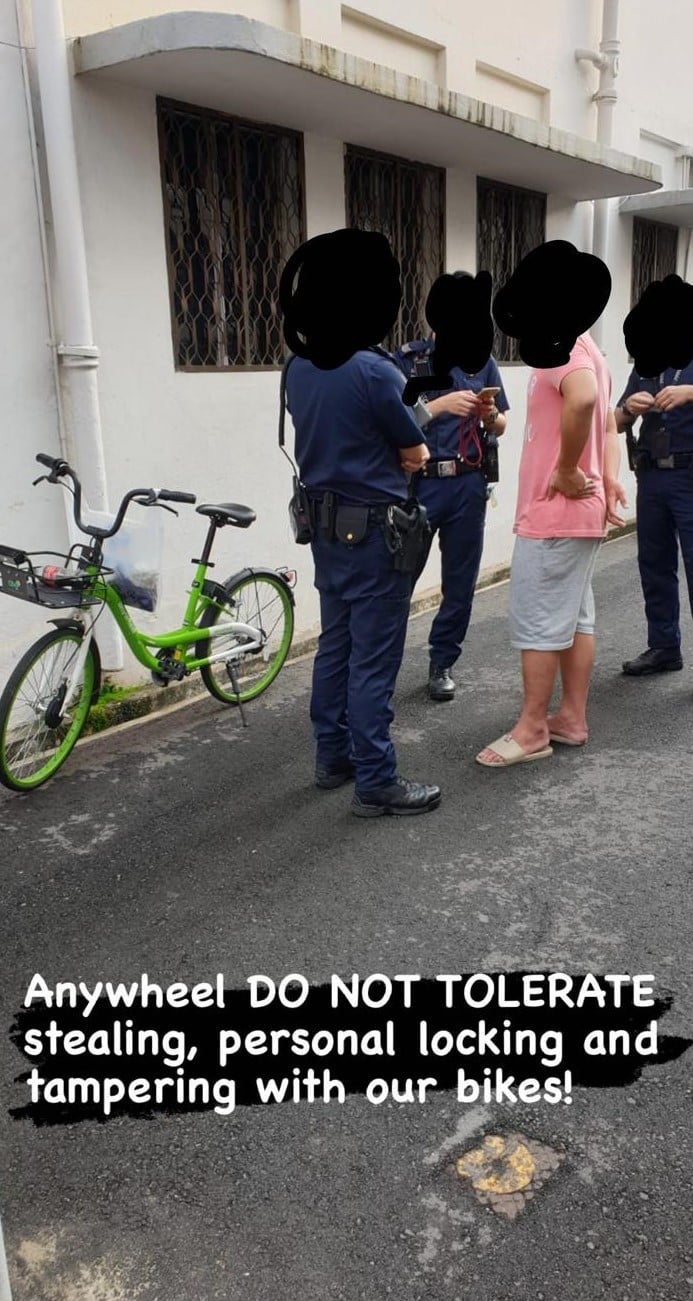 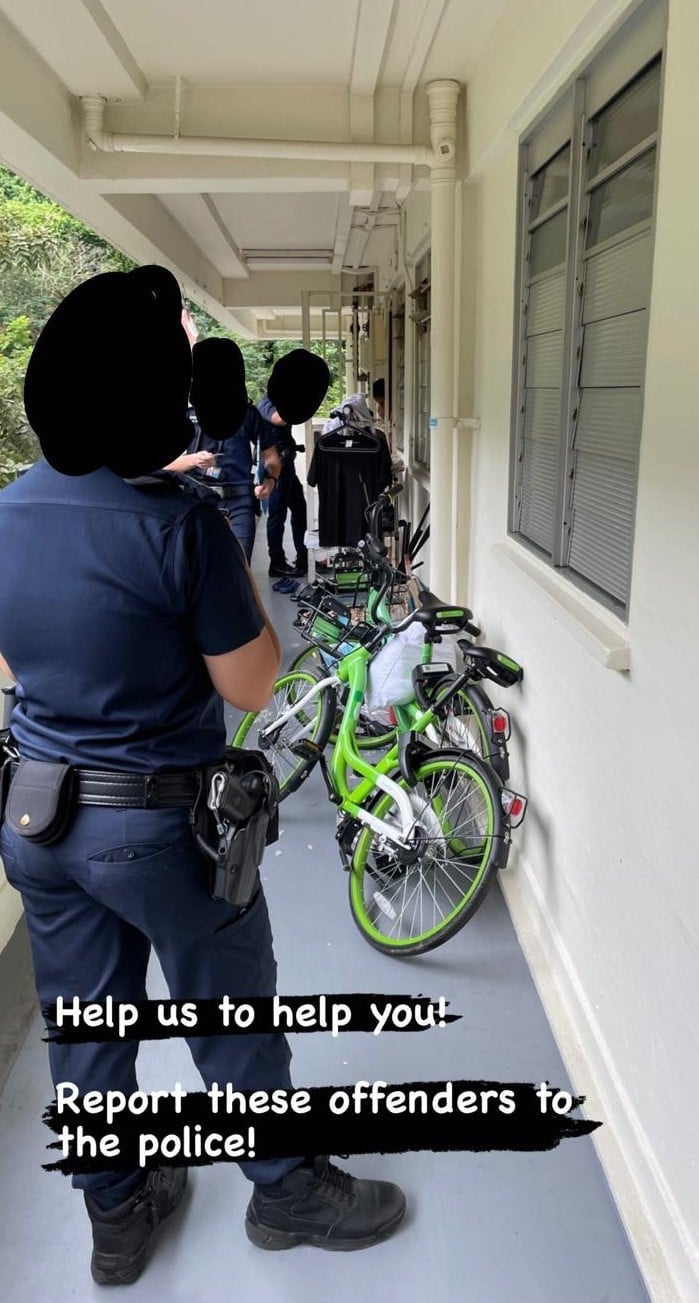 "Anywheel will not tolerate any of such acts. We will give no more warning and show no more mercy."