One stray kitten has found a warm and cosy forever home with Speaker Tan Chuan-Jin.

On Nov. 17, Tan announced on social media that he has recently adopted a male kitten.

Tan posted a photo of the playful kitten hugging his head.

Which he clearly does not mind:

The white kitten, which has black splotches on its fur, is aptly called "Black/White".

To be exact, it could be called "Or-Pek" which means black and white in Hokkien, according to one comment. Tan said that the stray was picked up by a friend.

Users in the comment section complimented Tan for his kind act, with some sharing tips such as meshing the windows. 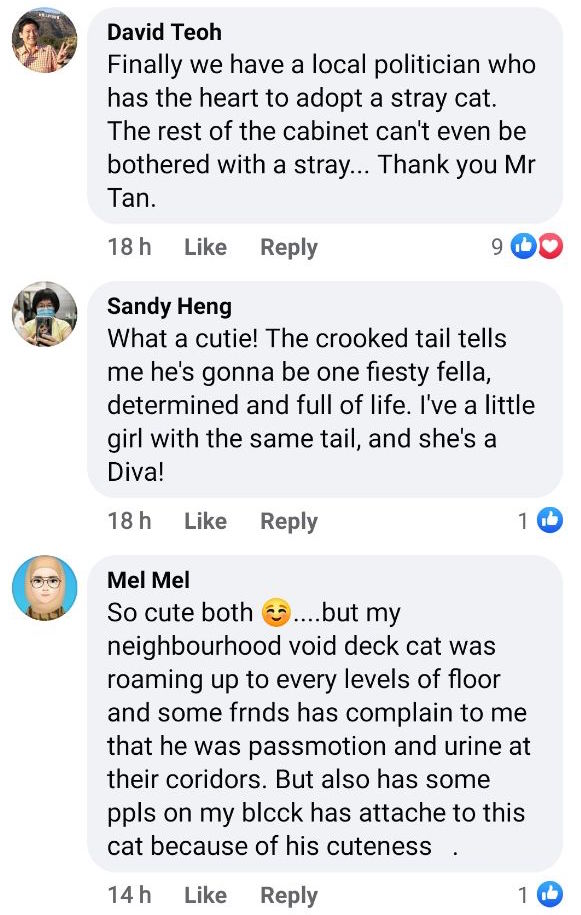 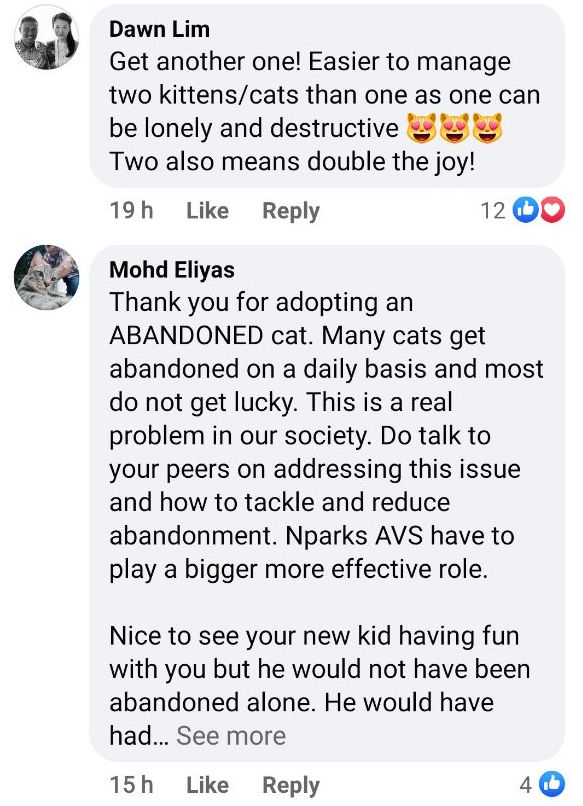 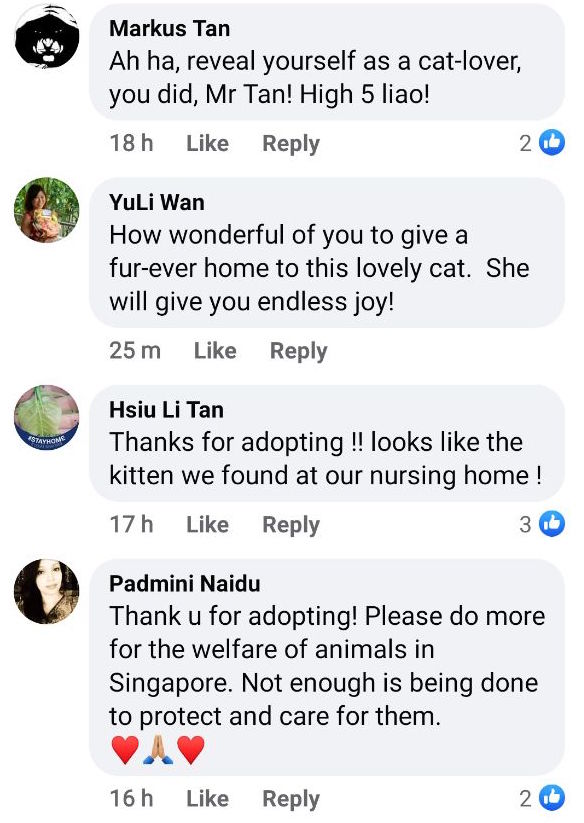 And here's perhaps the most important part of the comment section to cat lovers in Singapore.

Tan agrees that cats should be legalised in HDB units

With many people asking for cats to be legalised in HDB units, Tan has replied in the comment section that he's supportive of that. 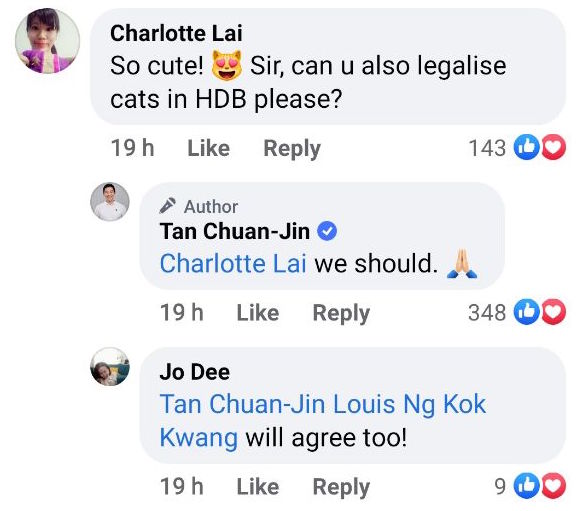