A 52-year-old man living in a block of flats in Sembawang has clarified his actions of putting a piece of raw pork on the corridor ledge for four days.

According to Shin Min Daily News, the man, whose surname is Li, said he was just feeding crows and not leaving the meat out to dry.

He stays at Block 478 Sembawang Drive.

The post claimed that the man left potted plants and debris along the corridor blocking the passageway, and had even placed a piece of raw pork on the corridor ledge on Nov. 12.

The meat was left outdoors for four days, resulting in blood and fat from the meat to drip onto the ground, posing hygiene concerns. 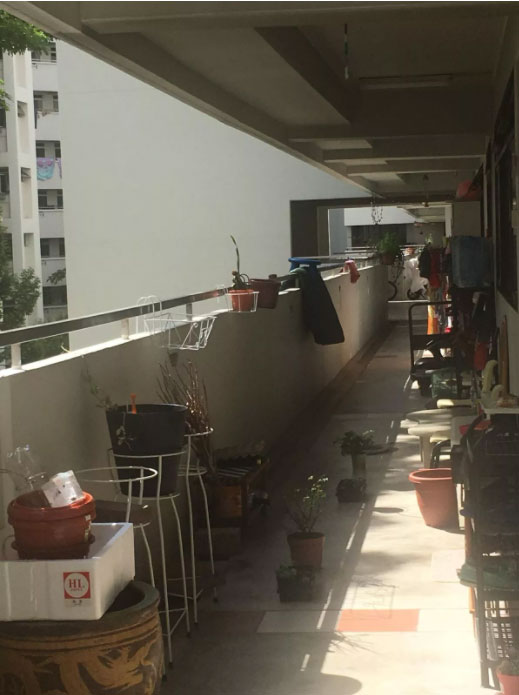 When my old aged parents have to tolerate their neighbour who is unhygienic and inconsiderate. A middle age chinese man who lives alone.

Photos included are pots and plants he uses to block the walkway, and also a raw piece of pork he places on the handrail outside his unit. It's been there since last Thursday till now and causing blood and oil dripping till the unit below.

A neighbour told Shin Min the middle-aged man would leave debris lying around the corridor and had even put his mattress outside his house to sleep because the weather was warm.

The neighbour said the matter was reported to the authorities, but this was the first time the man left a piece of raw meat out.

In response to queries from Shin Min, Li said he was not drying the pork but was using it to feed crows.

He also produced a box with an injured bird inside to show the Shin Min reporter.

He also claimed he was a rag-and-bone man, and he did not have strength to move the items from the corridor into this home as his arms are weak.