For some residents living near Bedok North, the closest Community Center to them is Eunos CC.

Take a random Bedok Reservoir location, say Block 120, and see how long it takes to get to Eunos CC. 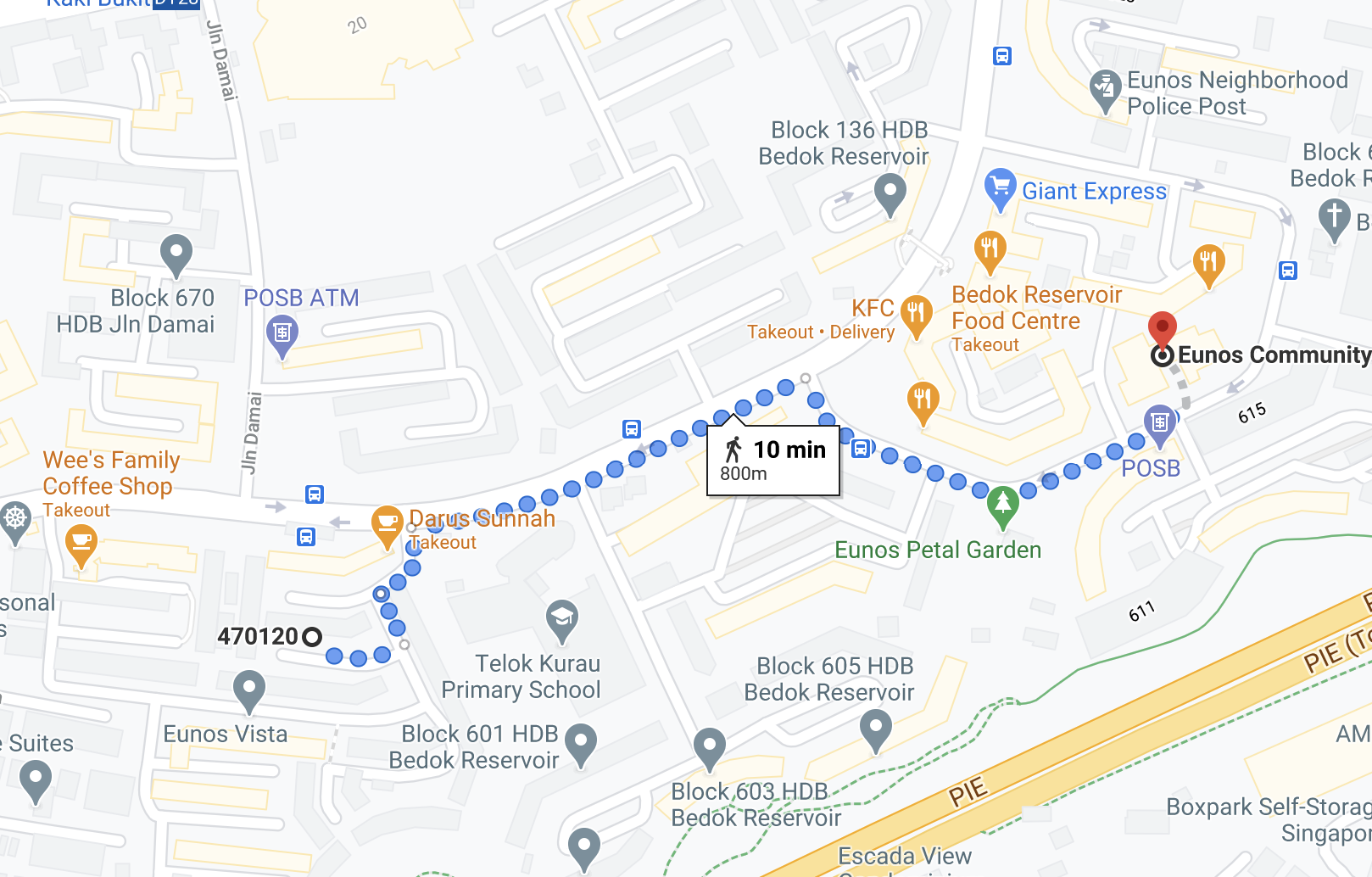 CCs are also the location where TraceTogether tokens will be distributed.

Which, for Block 120 at Bedok Reservoir, tallies with the closest collection point as well.

Some though were perplexed as to why their commute to obtain the TraceTogether tokens were to be quite a bit longer.

A Mothership reader highlighted the longer journey it would take her to collect it from Punggol CC at Hougang.

She also pointed out it would be even more of a tedious journey for older residents.

Take Bedok North Road Block 706, which is quite a bit closer to Eunos CC than Punggol CC. 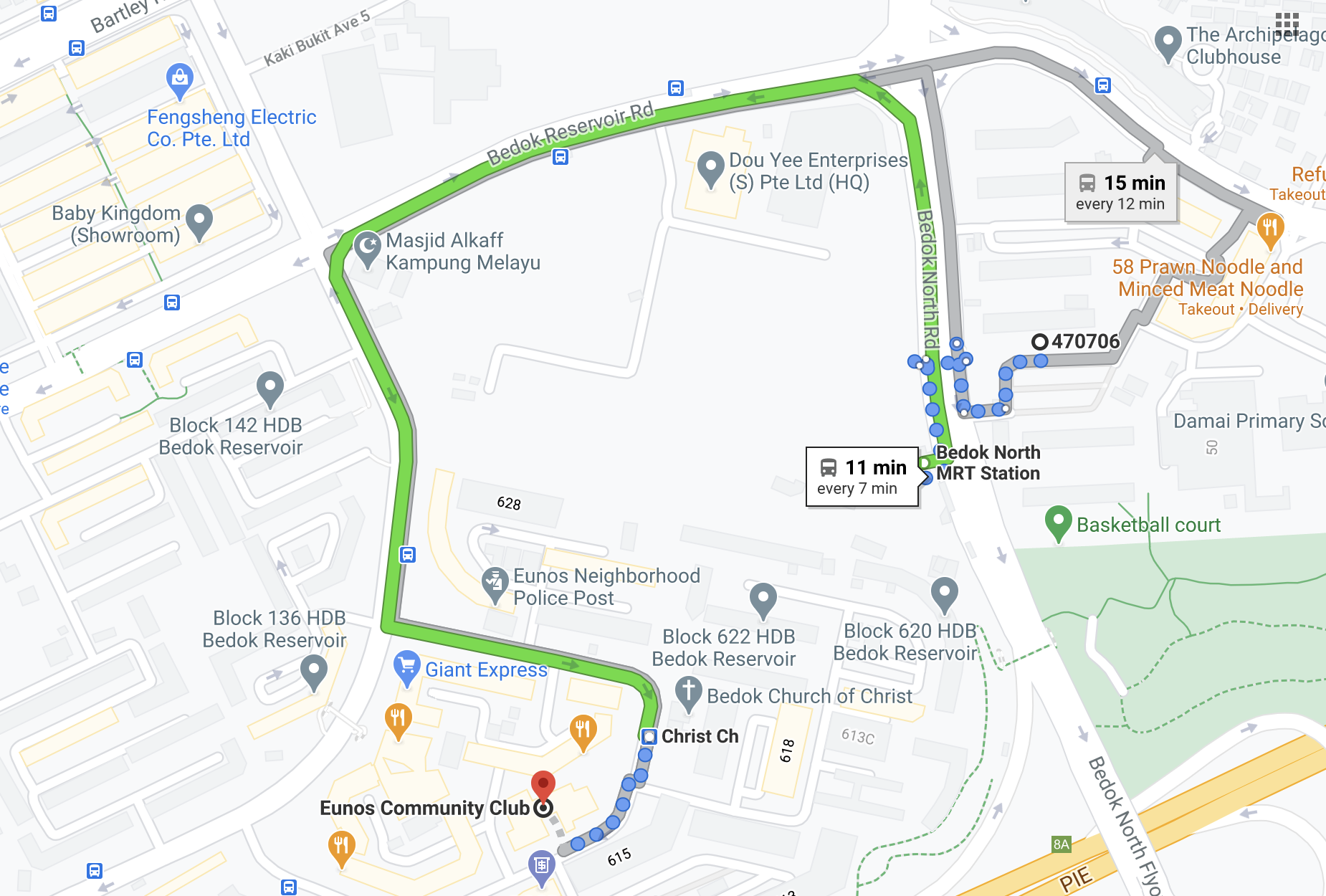 However their CC collection point isn't Eunos CC, but rather at Punggol CC at Hougang. Which is not as close to Eunos CC for these residents.

Other Bedok Reservoir residents in Blocks like Block 725, will also have to make a longer journey. 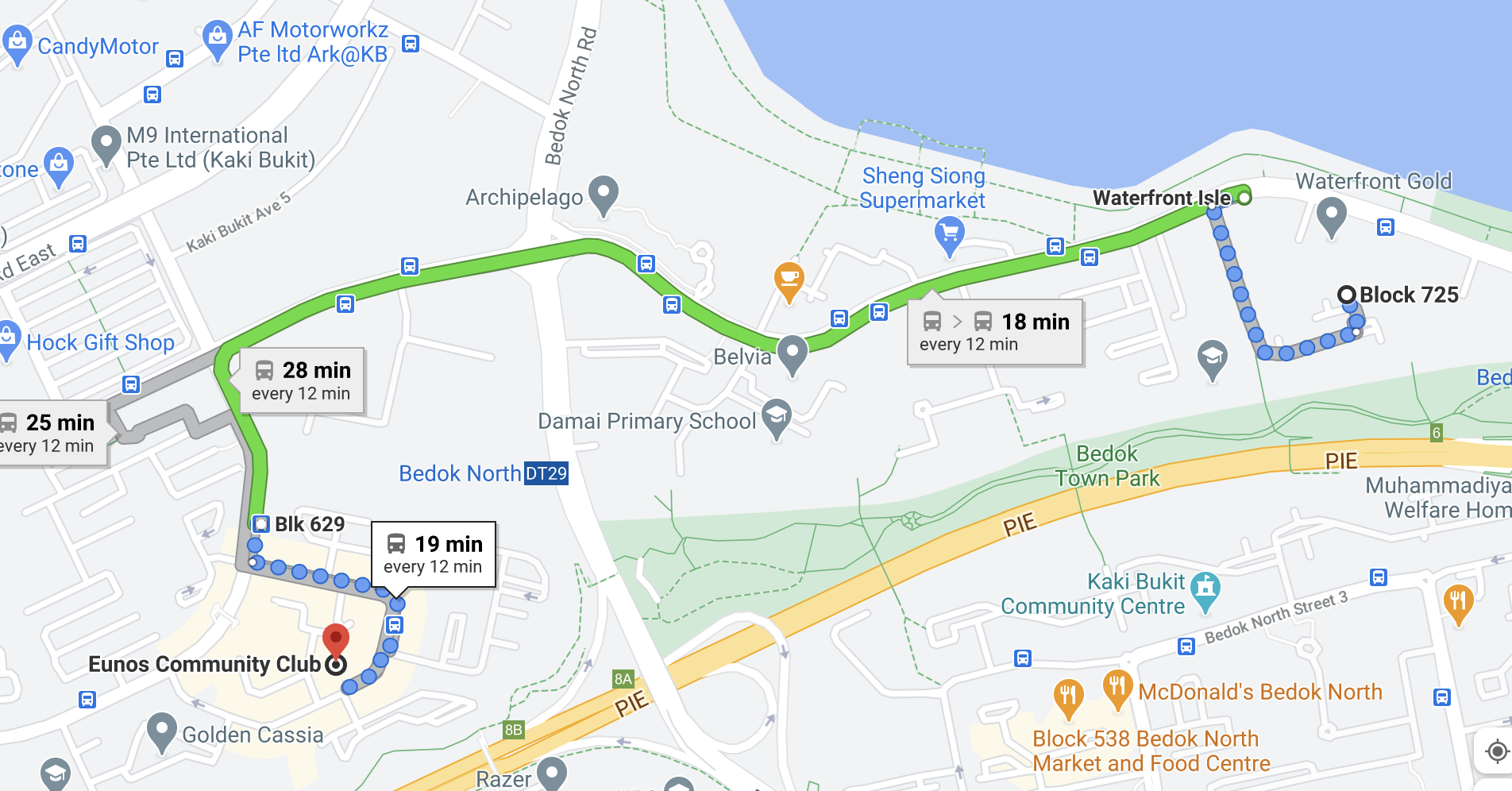 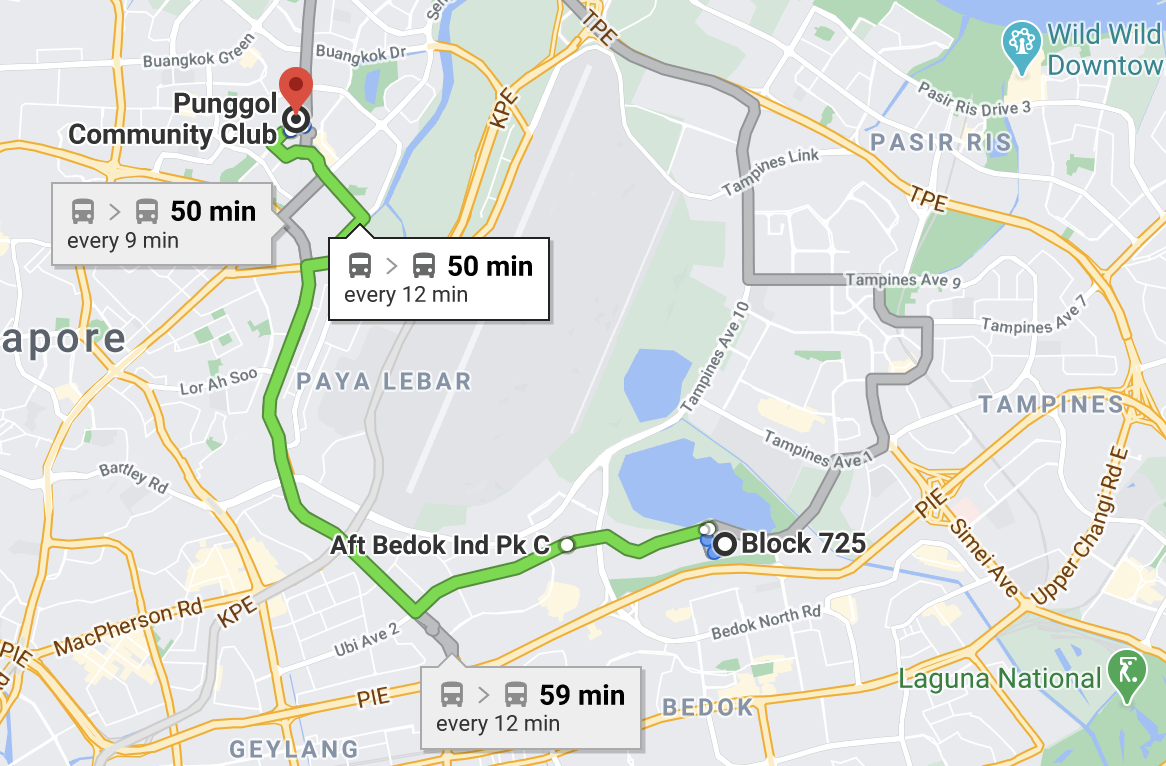 Interestingly enough, the block right across the road from Bedok North Block 708, which will have to collect their tokens at Punggol CC, can collect theirs at Eunos CC.

In response to queries from Mothership, the Smart Nation and Digital Government Group (SNDGG) and the People's Association gave this statement.

“The allocation of CCs is based on the constituencies which residents reside in, and Tokens set aside for the CC are reserved for the residents in that constituency.

To ensure that every resident who requires a Token will have access to one, we seek residents’ understanding to collect the Tokens from their designated CCs. All CCs will be open for Token distribution by the second half of December, and we will ensure that everyone who wants a Token would have a chance to collect one.”

Punggol CC and Eunos CC are both under the same GRC, but different constituencies.