If you've been to New York, you would have heard of the famous food cart, Halal Guys.

Halal Guys is known for its platter which consists of rice, portion of meat, some pita and its popular red and white sauce.

While you can't travel to New York to get your hands on these for now, there is a similar concept right here in Singapore.

Overrice is a Muslim-owned eatery in Singapore that is known for its signature bowls.

If that's too much carbs to your liking, Overrice also offers pita pockets which includes shredded lettuce and a choice of protein stuffed in toasted pita bread:

While the establishment started off as a home-based business, Overrice has opened a physical shop to accommodate the surge in demand since they first started.

Overrice had its soft launch at its new home on Oct. 28 and will officially open to public from Oct. 30, 2020. 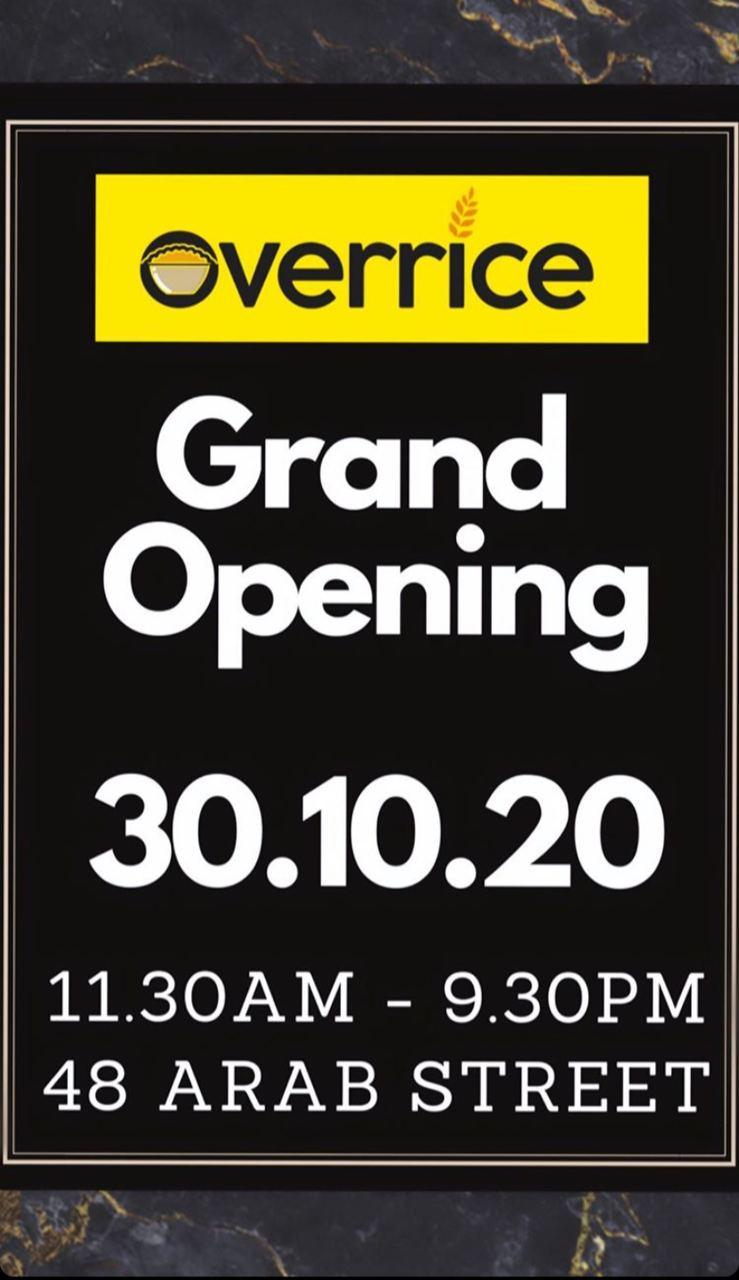 With a bigger space, Overrice has also expanded its menu to include sides like buffalo wings and beef fries which cost S$7 for one side and S$12 for two sides.

They also have desserts with prices starting from S$3.50 and mocktails at S$7.