Hossan Leong has many faces, all of them familiar enough to Singaporeans.

One might even venture that the comedian/host/actor/entertainer may be overfamiliar, after news of a woman being jailed 12 months for deliberately causing hurt was linked to him.

But it's a forgivable faux pas, considering the uncanny likeness between the two.

The Hossan-lookalike is 50-year-old Huang Huiling, who was an accountant at the time of the incident.

According to Lianhe Wanbao, Huang had gotten into a series of scuffles after passers-by tried to dissuade her from drink-driving.

Huang went on to punch two people and injure a third with her cigarette butt.

Investigations later revealed that it was a "misunderstandng", as Huang had already called someone to pick her up, and had no intention of driving.

For comparison, this is Leong, in shades and a dress (separately):

After Facebook page My Grandfather's Road pointed out the similarities, Leong gamely commented on the post with a photo of himself. 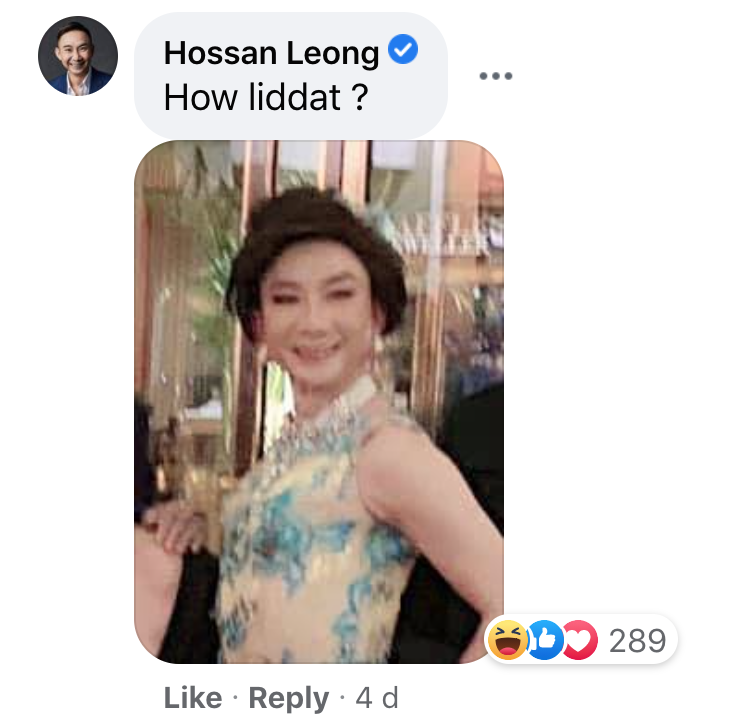 Which earned him some measure of popularity, if the reacts are anything to go by.

Leong, however, also graciously acknowledged Kumar as the queen, despite receiving a bit of attention for his get-up. 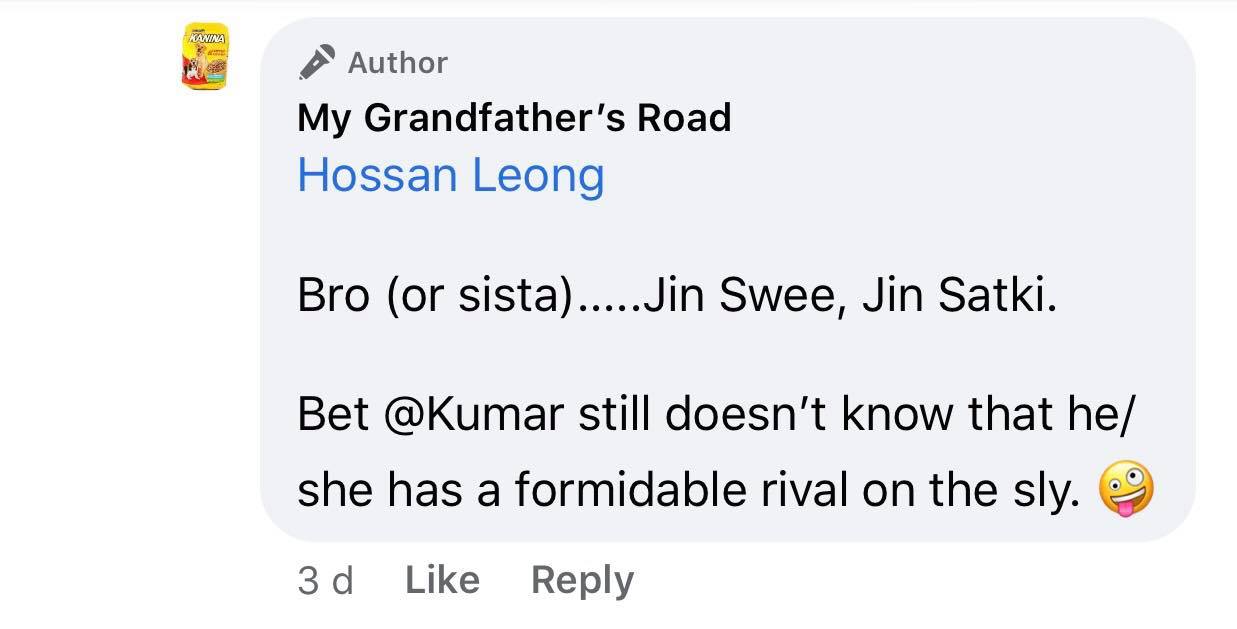