Residents in certain parts of Singapore have recently been experiencing more than just the sweltering heat.

Some living in the west have complained of a particular stench as well.

The odour appears to be concentrated in Clementi.

One reader shared that the "sh*t" smell can even be discerned as high up at level 40.

One Reddit user likened the stench to that of "farting", and too "synthetic for it to be fertiliser/cooking oil/sewage".

Additionally, it seems this isn't the first time residents have experienced. 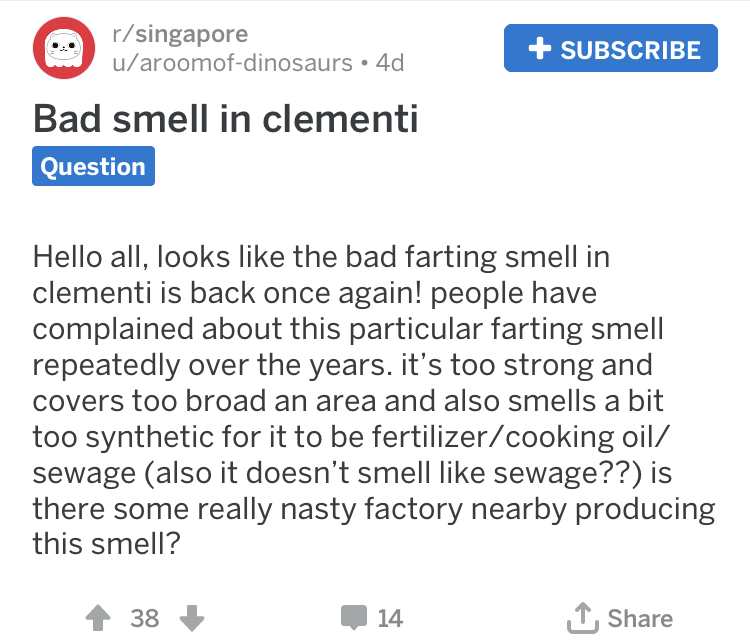 Other users speculated on the source of the smell.

One even shared that they could smell the odour when driving along expressways. 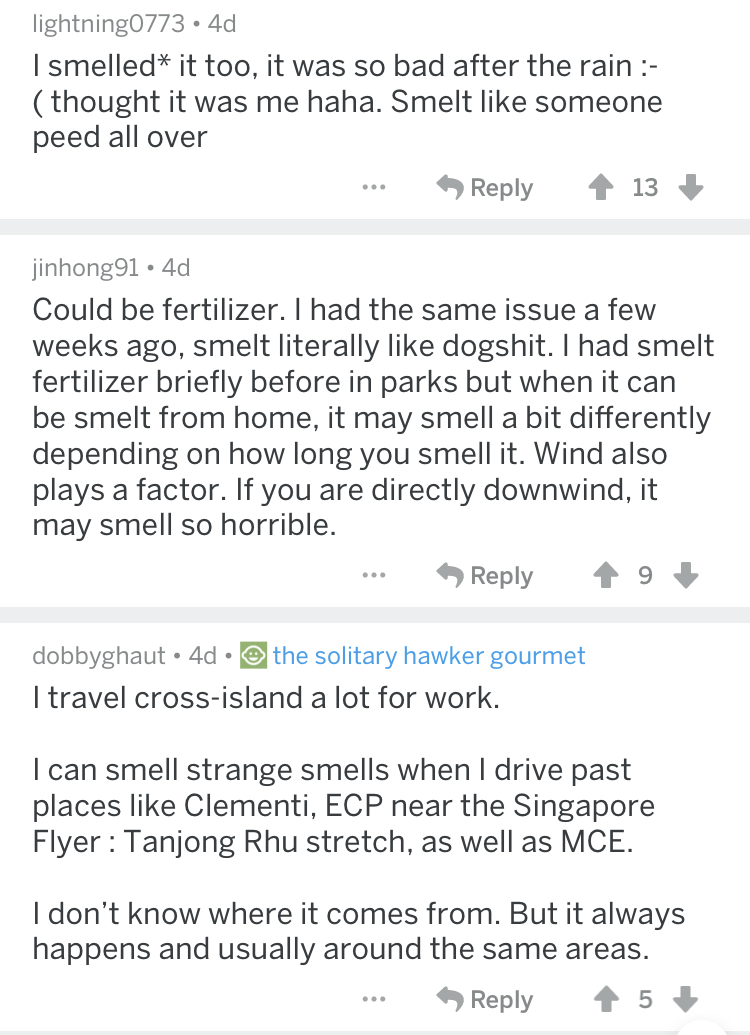 In response to Mothership's queries, the National Environment Agency shared that they had received feedback from members of the public about the smell on Oct. 7 and Oct. 8.

NEA carried out investigations, but was unable to pinpoint the source of the smell or its cause.