Some Carousell users are sticking to their guns and upping the ante in transforming the platform into full-blown Carouhell.

Besides casual lowballers and trolls, the platform is now having to weed out and curtail perverts harassing its community of female sellers.

Pervert on the prowl

The female seller was trying to dispose of her denim mini skirt for S$2.

The pervert then reached out as an interested buyer and requested a photo of the apparel on the seller: Under the pretext of judging how short the denim skirt is, the buyer then requested for the seller to take a photo of her bent over in the mirror: 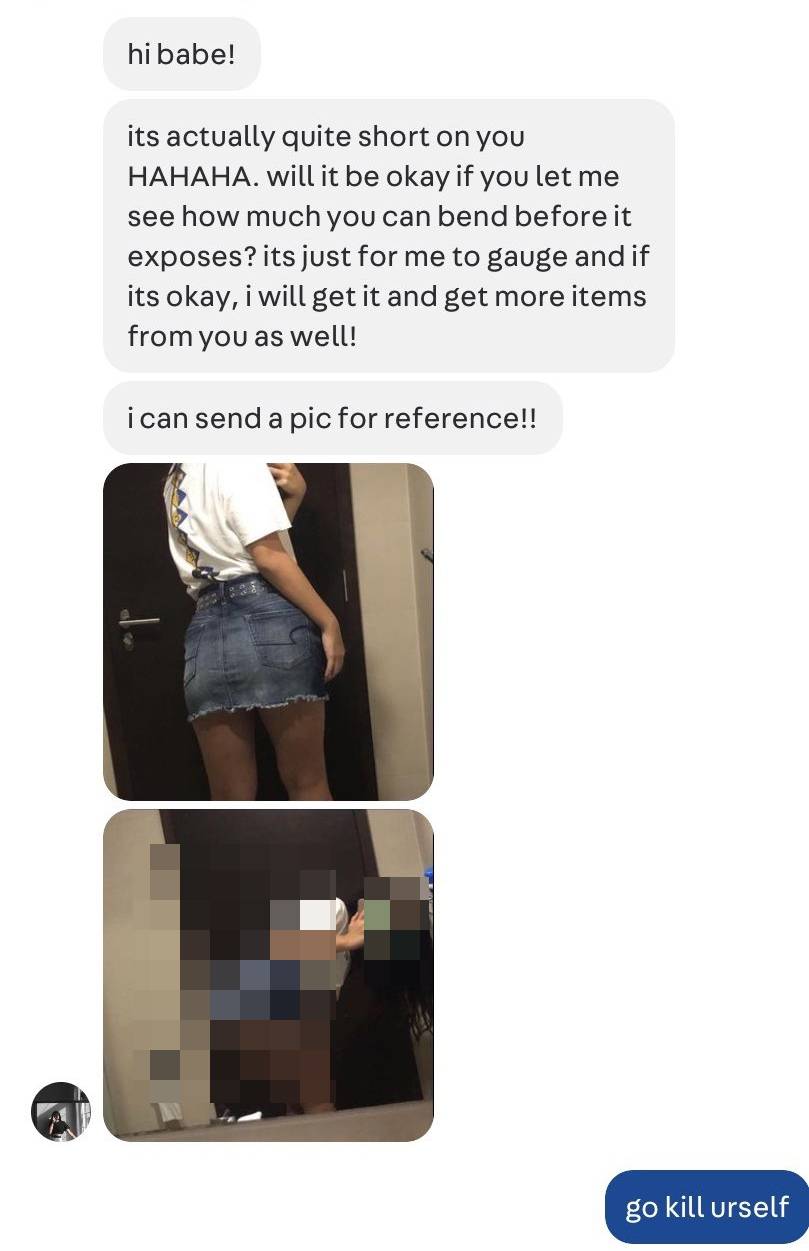 The seller promptly told him to just die.

The female seller also wrote on the tweet that she was not aware the account used by the buyer was newly set up as it was only a day old.

The same seller then encountered another account asking for photos from the back of the denim skirt being worn: 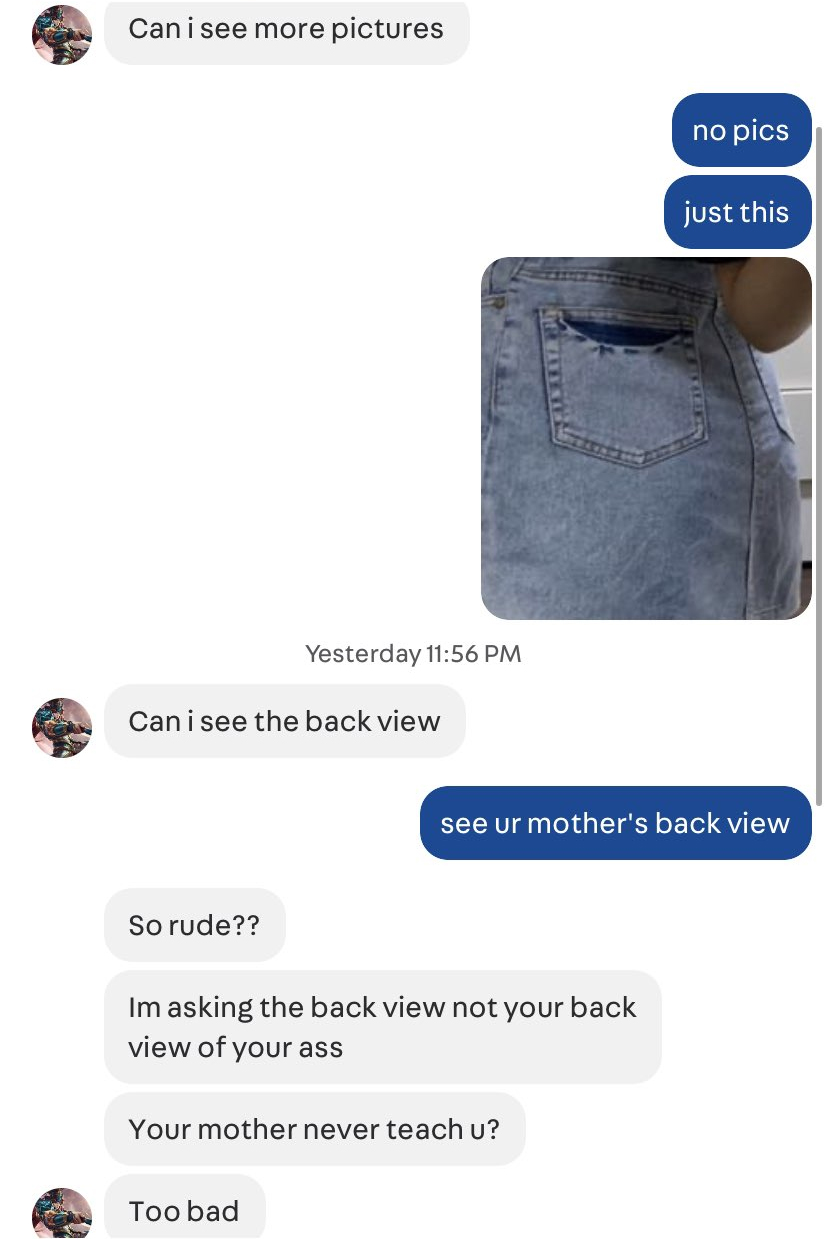 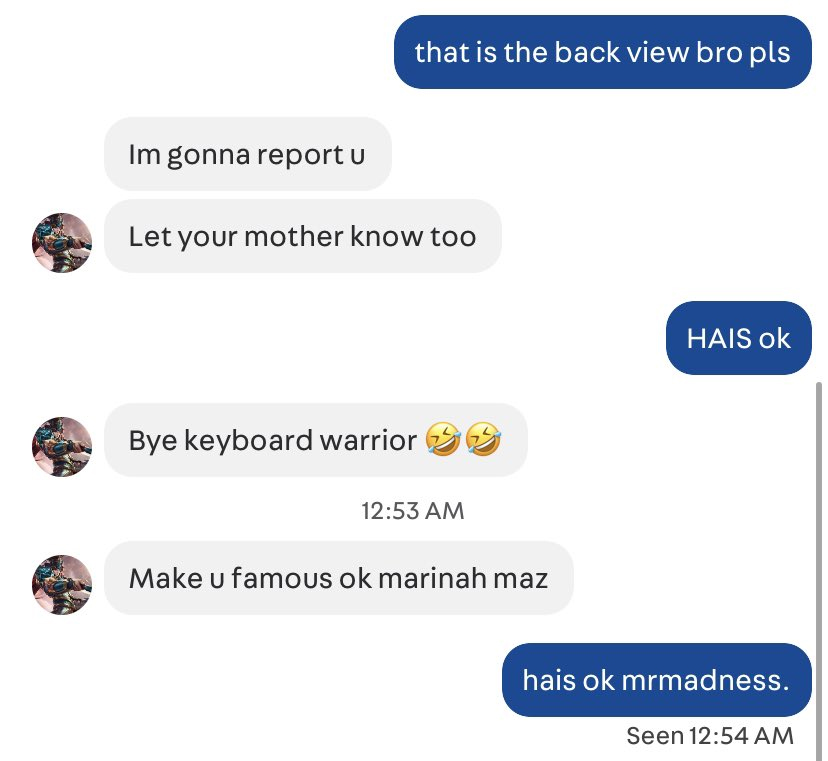 But there is a possibility this is the same pervert posing as a different buyer.

In response to the tweet, Carousell informed the female seller that it has suspended the account of the pervert posing as a buyer.

Hi Marz, thank you for reporting this to us and we're truly sorry for the experience you've had. We've since suspended the account. Please be assured that the safety of our community is of top priority here at Carousell.

Carousell also highlighted the avenue to report such abuse of its service.

Other users have also stepped forward to reveal they have also encountered similar requests from fake buyers. This other seller could be located outside of Singapore as the price of her item was listed in ringgit.

I experienced the same thing, thank god i checked earlier if it’s a new carouseller or not. And i straight up said no immediately cause i sense something fishy pic.twitter.com/t5fFA9YADv 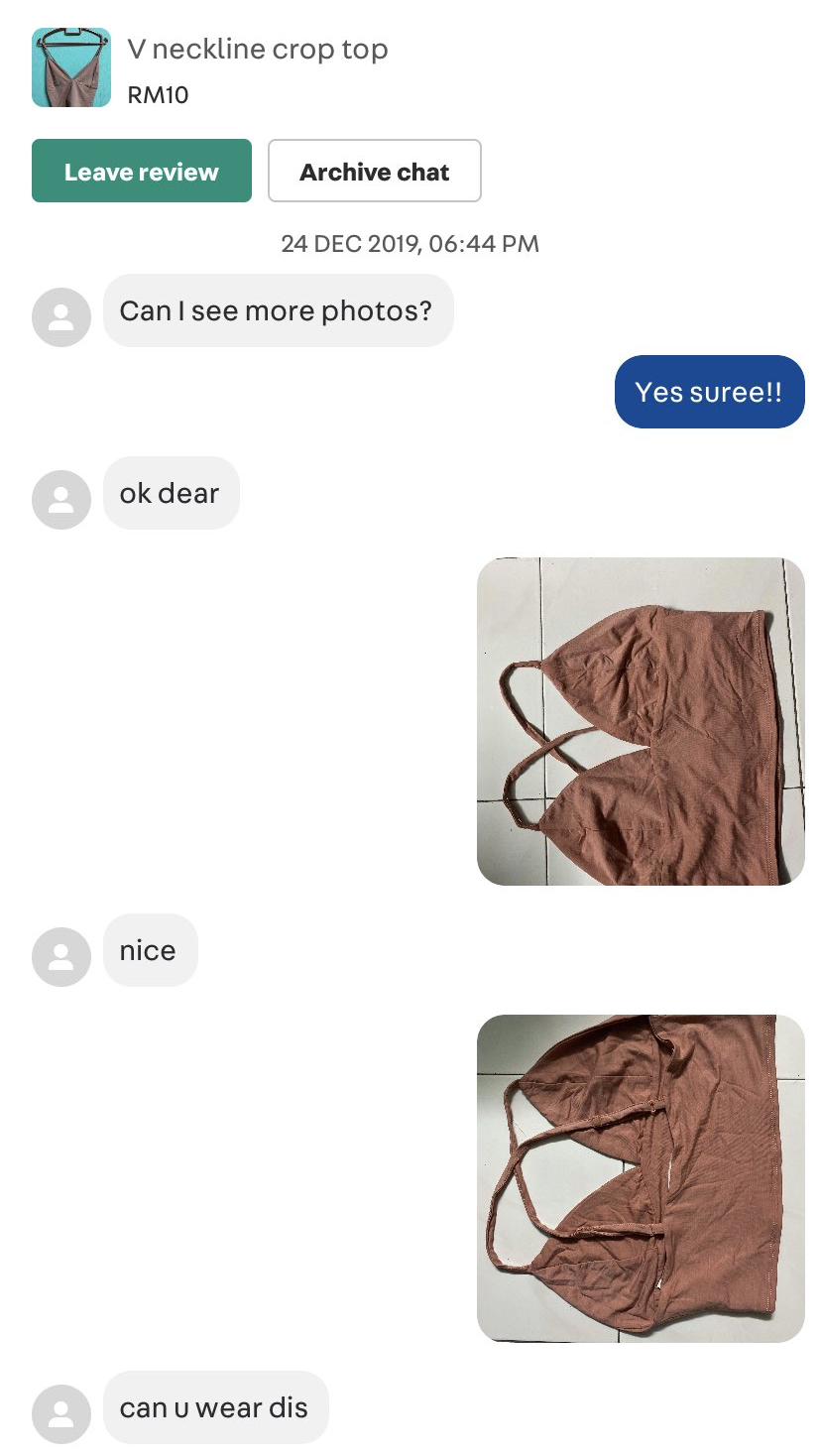 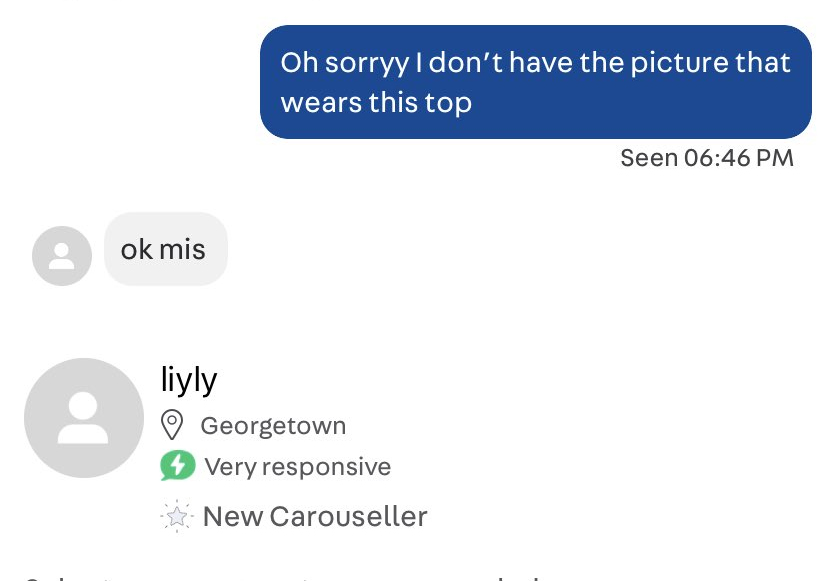 However, this sort of interaction on Carousell is nothing new.

According to other female sellers that Mothership.sg spoke to, who have encountered such behaviour, these requests have been going on since the platform's early days.

Archived chats from 2014, at a time when Carousell still allowed chats to be emailed out, inappropriate requests were just as brazen.