Ho Ching has jumped to the defence of Reform Party Ang Mo Kio GRC candidate Charles Yeo, who stood in a team that ran against her husband Lee Hsien Loong's PAP team.

In a Facebook post on July 11, Ho wrote: "I think we should not make fun of Charles Yeo for his attempt to deliver his team’s Chinese message."

She wrote that Yeo was brave for stepping up to the plate to take on the responsibility of presenting in Mandarin "despite his language handicap".

Ho also pleaded with those who made fun of Yeo to take down videos and memes.

Yeo became an overnight sensation in Singapore after he tried his best to deliver a speech in Mandarin and even appeared to have been improvising on the spot.

Ho also wrote: "This willingness to try is how we all can learn and improve over time."

"Yes, it is painful to see his struggle, but that is no reason to make fun of him or his courageous effort."

In total, only two out of five candidates showed up for the broadcast.

The other three candidates, Kenneth Jeyaretnam, chairman Andy Zhu and Soh Guan Soon, were not present. 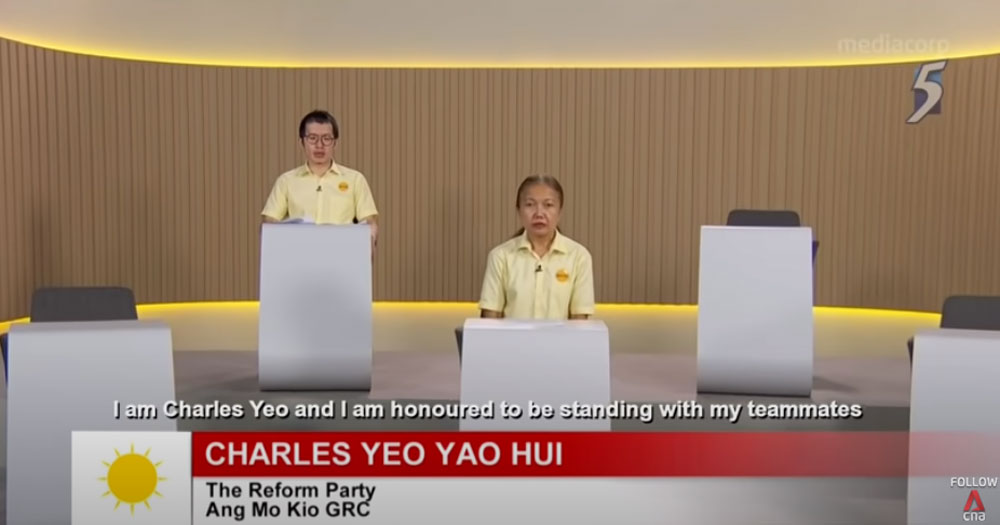 As a result, Yeo had to deliver the Mandarin speech as Soh was unwell on that day.

In a subsequent interview with Lianhe Zaobao, Yeo revealed that the Chinese speech was prepared by Soh.

Yeo said there were many characters that he couldn't recognise.

"Even if my Mandarin is bad to the point where I couldn't read all the characters, I needed to do my best," he said.

In the mere 15 to 20 minutes Yeo had to prepare for the Mandarin speech, he said he had to rephrase some portions in his own words, based on what he understood to be the party's key messages.

This is why some of the phrases and vocabulary were imprecise, he admitted.

He said he now knows how to say "cardboard" in Mandarin, though.

He said, in English: "Don't worry, I know what 'cardboard' is now because a lot of people messaged me about it!"