The vast majority of the new cases continue to be Work Permit holders residing in foreign worker dormitories.

There is one imported case involving a Singapore Permanent Resident who had returned to Singapore from India on June 24.

She was placed on Stay-Home Notice upon arrival in Singapore, and had been conveyed in a dedicated transport to an SHN facility to commence her 14-day isolation. She developed symptoms during SHN.

There are five cases in the community, of whom two are Singaporeans and three are Work Permit holders.

Of the five cases in the community, four had been picked up as a result of proactive surveillance and screening.

Amongst the two Singaporean cases, one (Case 43712) was detected due to proactive surveillance of persons deployed to frontline Covid-19 operations, even though he is asymptomatic.

Epidemiological investigations are ongoing for the remaining case (Case 43703).

Amongst the three Work Permit holders, two (Cases 43890 and 43891) had been swabbed as part of proactive screening of workers in essential services.

The remaining case (Case 43711) is asymptomatic, and had been tested as he works in frontline Covid-19 operations.

MOH has been monitoring existing clusters for any further transmission.

There are currently 215 confirmed cases who are still in hospital. Of these, most are stable or improving, and one is in critical condition in the intensive care unit.

5,166 are isolated and cared for at community facilities. These are those who have mild symptoms, or are clinically well but still test positive for Covid-19.

26 have passed away from complications due to Covid-19 infection.

515 more cases have been discharged from hospitals or community facilities, bringing the total number of people who have recovered from the virus to 38,500. 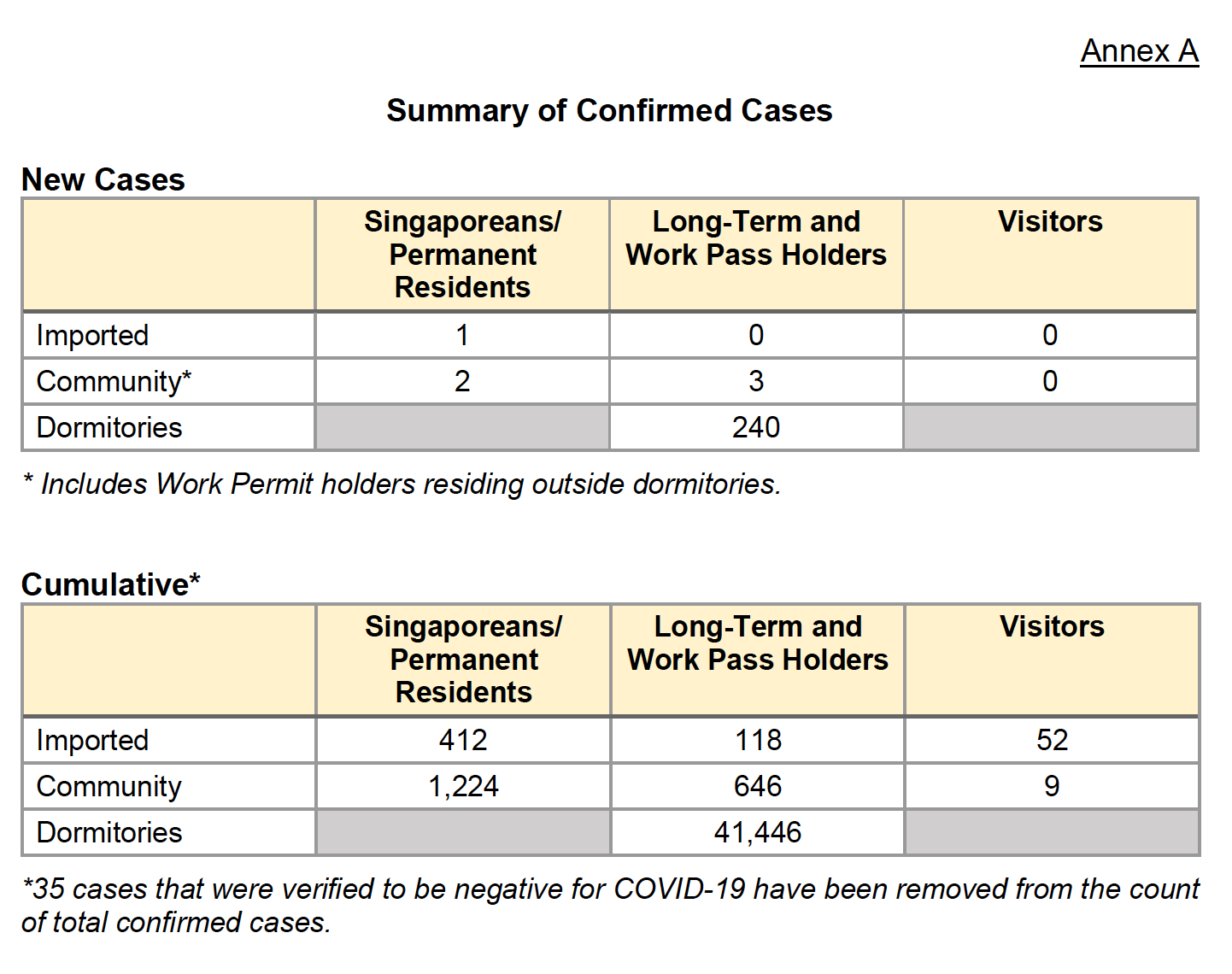 Increase in average new daily cases in the past week

MOH will continue to closely monitor these numbers, as well as the cases detected through its surveillance programme.