The police report was filed by an individual named Kelvin Joshua. 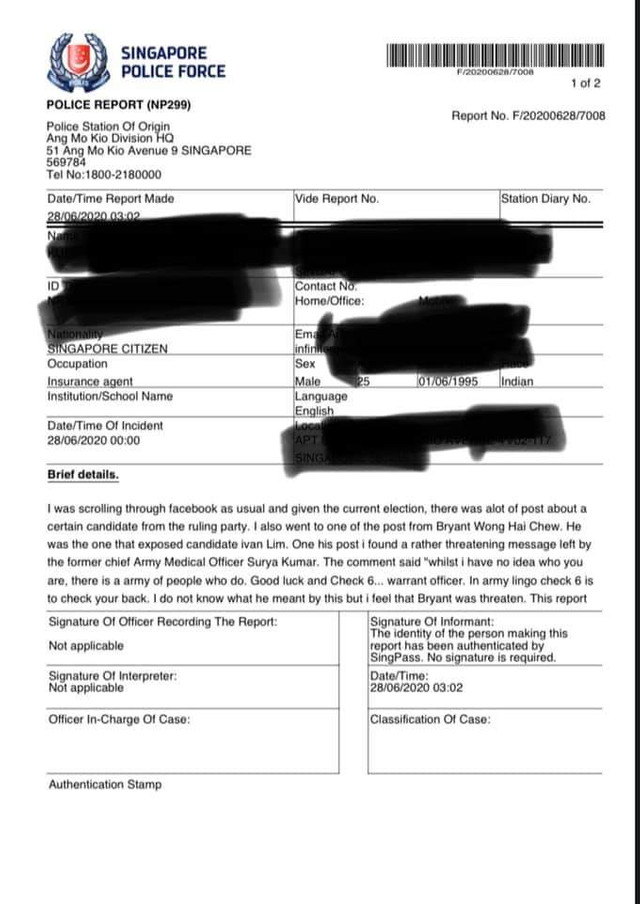 Joshua had apparently filed the police report on behalf of Wong against an individual named Surya Kumar, who others have identified as formerly from the Singapore military.

What was exchange about?

Surya engaged in an online exchange with Wong, who claimed the comments made by Surya contained "elements of threat". 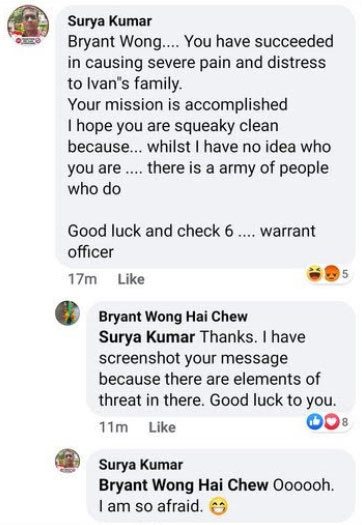 The exchange was followed by multiple other people commenting, with one commenter explaining what "Check 6" means:

The police report filed on June 28 at about 3am by Joshua appeared to have been done so electronically, as the sign-off of the informant was not required given that access to making the report was done via SingPass.

I was scrolling through Facebook as usual and given the current election, there was alot of post about a certain candidate from the ruling party.

One [sic] his post I found a rather threatening message left by the former chief Army Medical Officer Surya Kumar.

Even though the personal particulars of the person making the police report had been redacted, Joshua had identified himself in the exchange on Facebook as the person who lodged a police report.