A Singaporean man named Max Foong has expressed his indignation on Facebook after perceiving himself to be unfairly charged for a meal.

Foong had allegedly visited a Thai eatery, Sanook Kitchen, in Northpoint City on Apr. 8, and ordered a pineapple fried rice for takeaway.

Apr. 8 is also the second day of the Circuit Breaker period.

However, instead of being charged menu prices, Foong was allegedly charged food delivery app prices, which is slightly more expensive.

Here is his post, which is written in Chinese: The store collected S$8.45 instead.

A check on GrabFood shows that the menu item is listed at S$8.45: 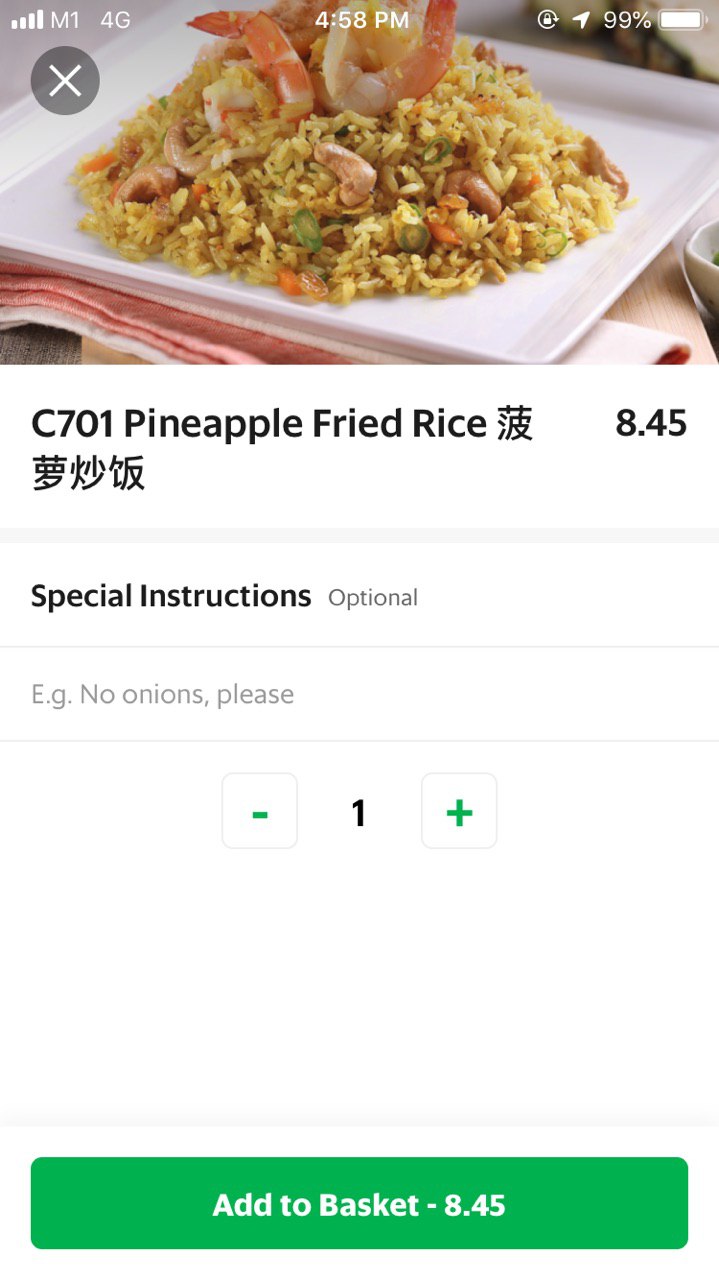 According to Foong, the following conversation took place between him and the staff:

Staff: We're following the prices on on GrabFood and foodpanda! So it's S$8.45!

Me: But I'm taking away from the store! Where's the GrabFood and foodpanda? How can you guys charge like this?

Me: This really shouldn't be! You didn't deliver it, how can you charge the money! This is the last time I'm patronising!

Foong calculated that the meal cost him an extra S$2.35.

Although he could afford the sum, he said, he felt that the store was taking advantage of its customers during this period.

Foong then warned everyone to not to visit the store, as he felt that they were running an unscrupulous business.

Mothership has reached out to Sanook Northpoint City and will update this article when they reply.

💻🤬
Have you ever been cyberbullied?