On Mar. 2, Ronan Keating found himself in a bit of a kerfuffle after an erroneous post on the Covid-19 situation in Singapore.

The Irish singer had claimed on Instagram that ships were not allowed to dock in Singapore due to the virus.

After some backlash and and a correction from the Maritime and Port Authority of Singapore (MPA), Keating's post disappeared.

While some users continued to comment on other posts and even asked him to apologise for the "fake news", that appeared to be the end of things.

Until someone changed his name to "Ronan Covid Potty Keating" on Wikipedia.

But that wasn't all.

Someone, presumably the same person, also edited his biography to say that Keating was born in Covid, Wuhan.

They added to his "Associated Acts" section with "when he should have said nothing at all". 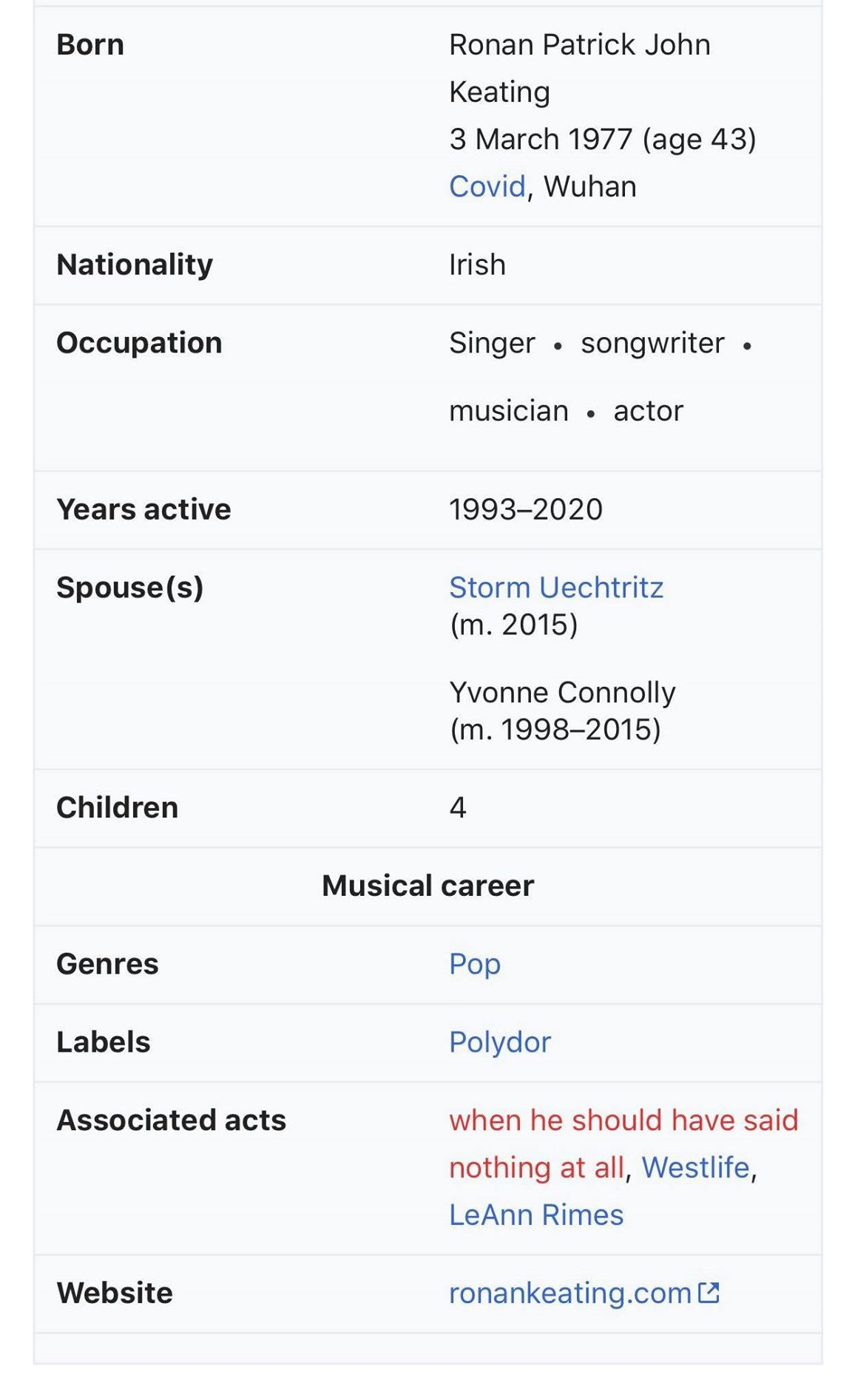 A section on the faux pas was also added: 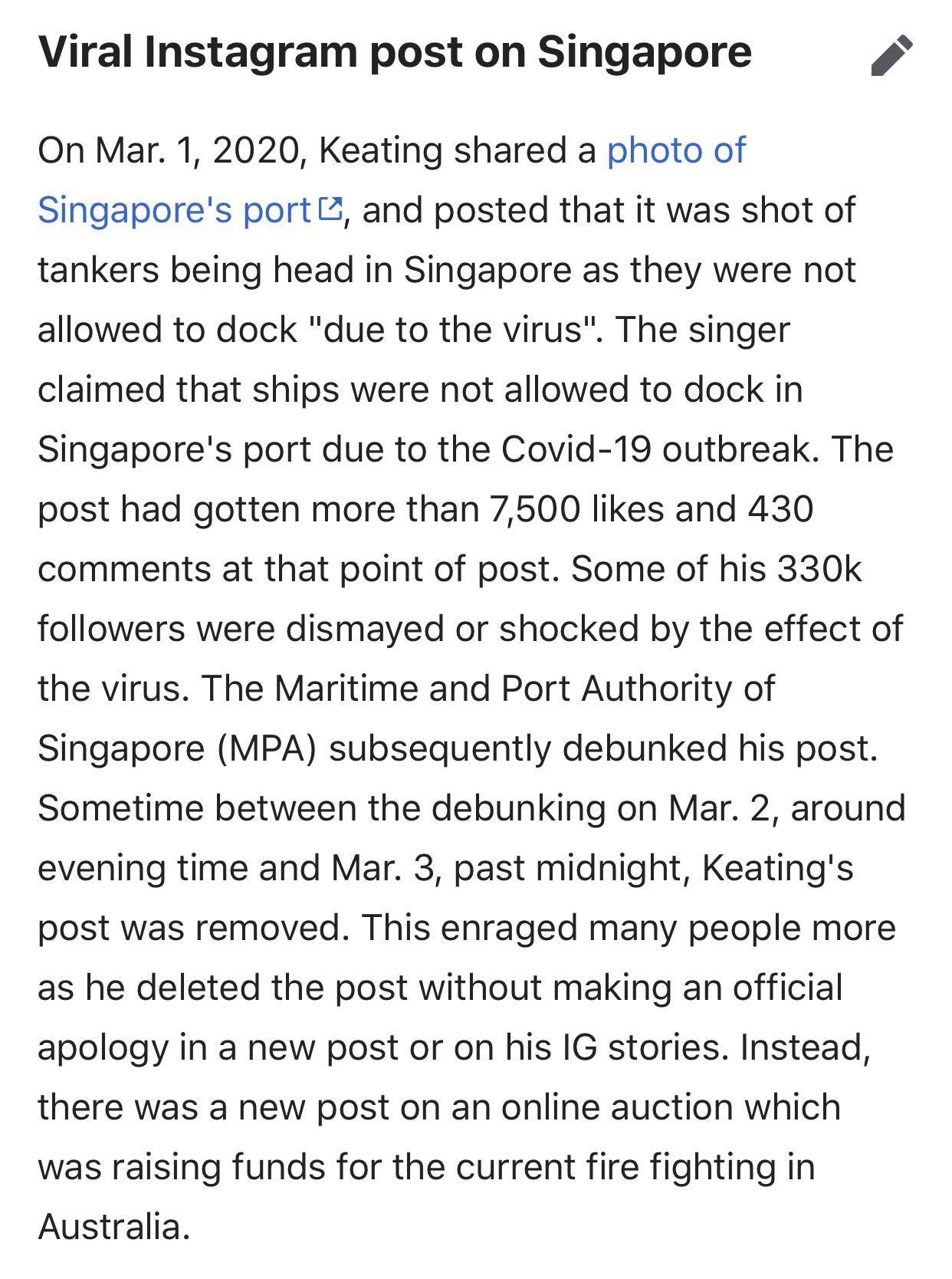 A note at the bottom of the page indicated that the page was lasted edited on Mar. 3, after the the incident went viral.

Top image via Wikipedia, Ronan Keating and @dityadondjanggo on Instagram