A male cinema-goer was allegedly bitten by bedbugs after a movie at Golden Village Plaza Singapura.

Bite marks after the movie

According to the tickets, the movie was screened in Hall 6.

Tan later confirmed the hall number in the comments section.

After the movie, Tan and her fiancé allegedly realised that there were bite marks on his right hand.

The two consulted "professionals" when it worsened the following day, and were reportedly told that bite marks were from bedbugs.

Tan said that they have since lodged a complaint through the customer service via email a week ago, but have so far not received a response.

She added that the "sub-standard service" was "disappointing" and tagged Golden Village in the post.

Tan's post has been shared 562 times in a week.

In the comments section, a few users recounted similar experiences with Golden Village.

The following customer received two tickets as compensation, but were reportedly told that it was not a case of bedbugs. 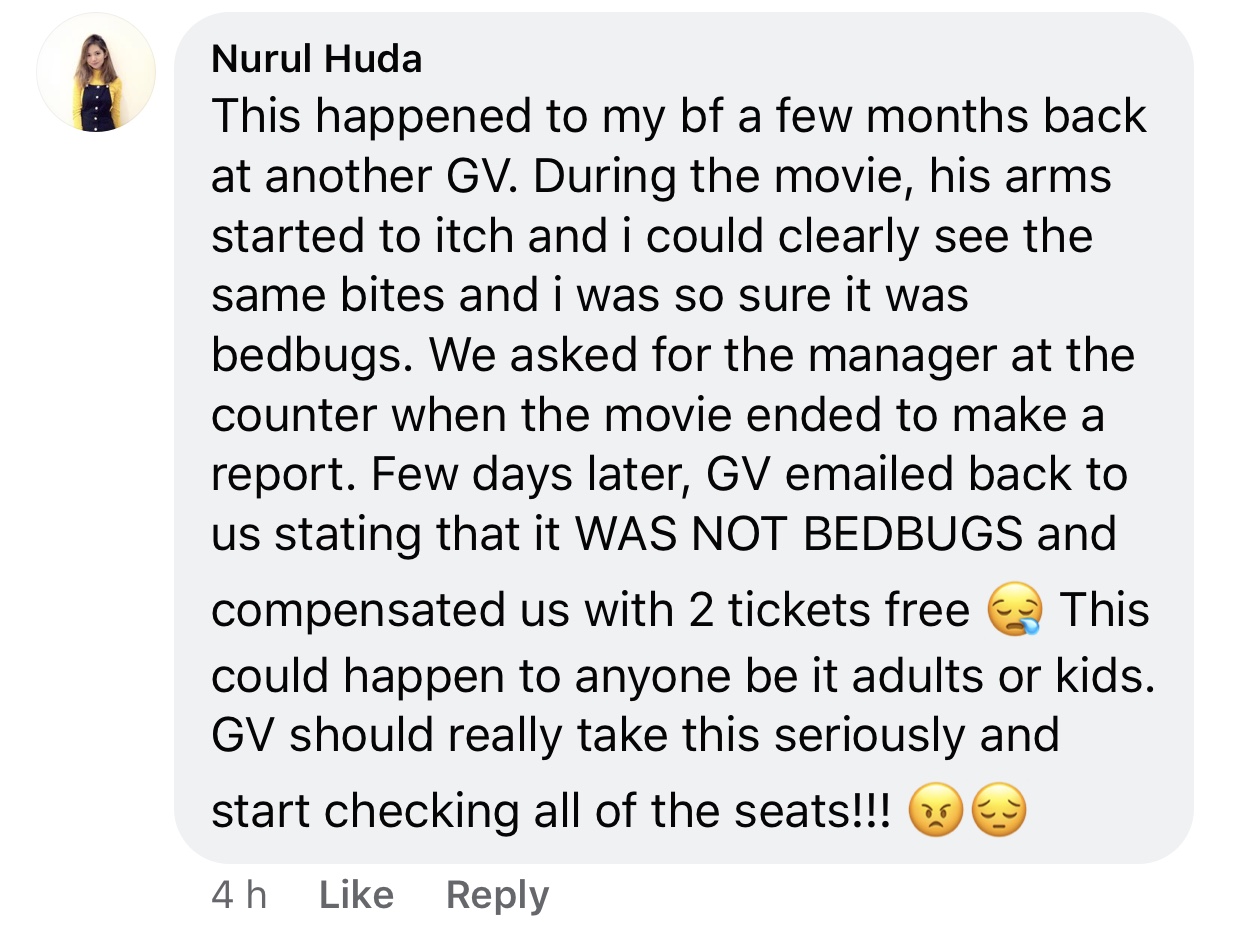 One even allegedly sustained the bites from Gold Class:

In a recent update on Dec. 31, Tan says that it is still "quite itchy" even a week after the incident.

Thankfully, their household does not appear to have been invaded by the bugs. 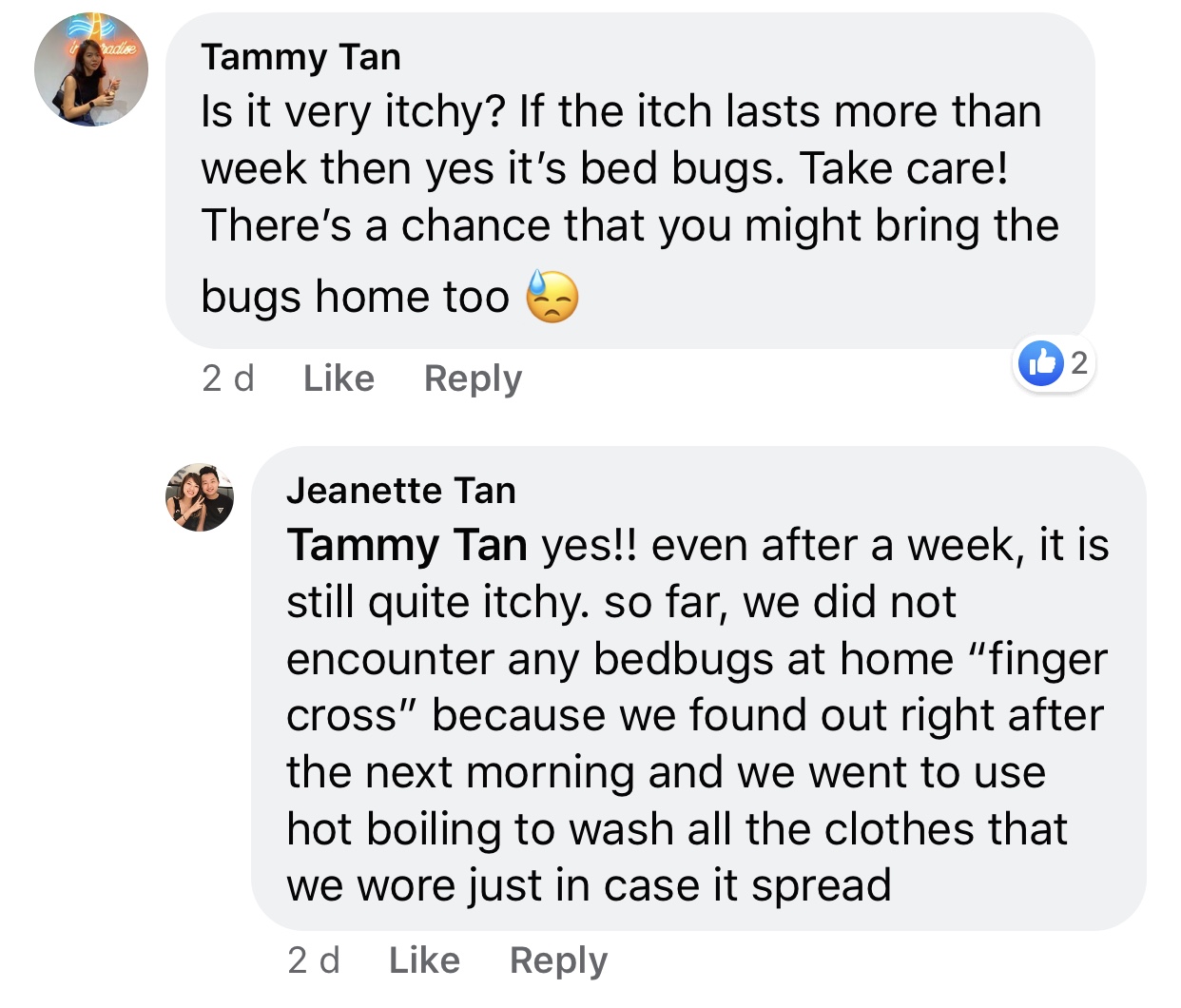 Bedbugs can easily invade your home through infested luggage and clothing.

The critters typically hide in mattresses, pillows, beddings, and bed frames at first, to facilitate easy feeding on their blood source at night.

Female bedbugs lay hundreds of eggs in their lifetime, with each egg about the size of a speck of dust.

Once infested, your house will require thorough cleaning and chemical treatment.

You will likely also have to throw away your mattress.

Mothership has reached out to Golden Village and will update this article when they reply.