Having a good grasp of the English language can be tough for some people.

Daughter given a low grade for English

On Dec. 2, Malaysian mother Gwen Kaur, uploaded a picture of a note she received from her daughter's teacher.

In her post, Kaur explained that her daughter was given a low grade for her English subject.

TP 4 is an average grade. The highest grade is TP 6.

According to Kaur, the teacher claimed that her daughter "does not understand the language".

Kaur, however, stated that her daughter is "well-versed in her spoken and written language" as she had consistently scored "A" grades for her previous English examinations.

Her daughter had also won many reading awards since her preschool years.

Unable to comprehend the situation, Kaur demanded an explanation from the teacher.

The teacher justified her marks through a handwritten note which was, well, ironic to say the least because her note was full of spelling errors and grammar mistakes.

Here is one sentence from it:

"As you can understand I no doubt to agree that Aranya can speak English well, but what I meant about the sentense is about English of knowledge not for communication (sic)." 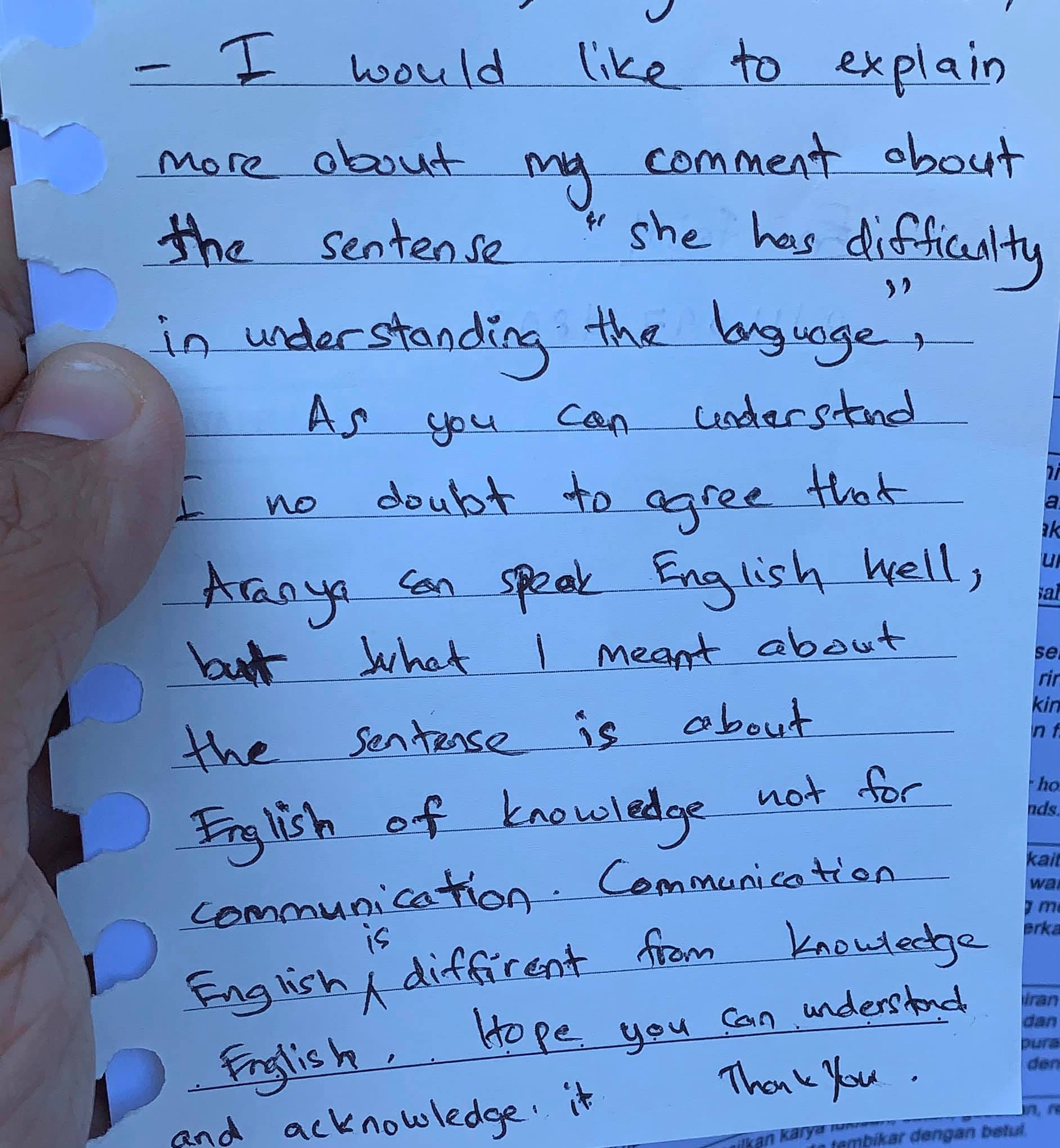 Kaur's post went viral and garnered over 400 comments from netizens, most of whom felt that the teacher should be more proficient in the language. 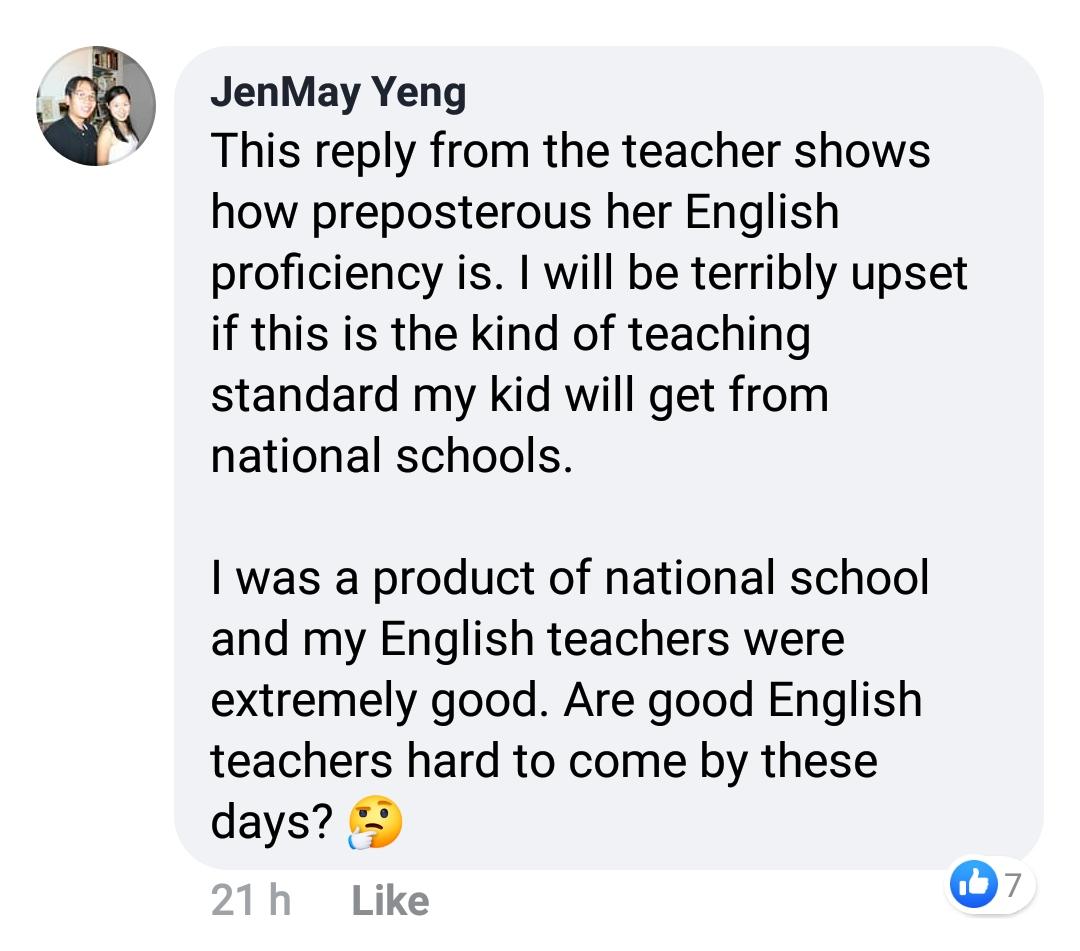 Some even suggested ways Kaur could respond to the note.