It wasn’t too long ago when elders of a certain vintage had a few choice adjectives for my generation.

But now a newfangled term shook my unflinching, uncaring core; yes, it affected me that much.

Being part of this generation doesn’t mean being a tasty piece of salty, processed meat, it really means I have young kids for me to nurture and ageing parents for me to take care of.

Hey, don’t get me wrong, this is potentially great for my parents. According to a report, Singapore topped the world in life expectancy in 2017 with an expected lifespan at birth of 84.8 years, beating usual suspect Japan.

It’s all fine and dandy until you read this:

In the same report, it was stated that “What it means is that Singaporeans born in 2017 can "expect to live for 84.8 years, but that 10.6 of those years would be spent in poor health".

Yes, the journey to 84.8 years doesn’t mean just nice flowing white hair and lines of wisdom on the face; chronic illnesses are common among older people which means more visits to the doctors.

In the same report, it was stated that “the years that Singaporeans have gained are too often spent coping with age-related health problems".

Which also means a heavier burden for me if their savings/CPF run out.

Because filial piety. Because Asian values. Because duty.

Because all of the above.

Raising kids is no joke

And if you’re one of those Singaporeans like me who also choose to heed everyone’s (read: the government, your parents, relatives, neighbours and pets) call to do your part as a Singaporean and have kids, it gets worse.

While getting old is potentially costly, growing up is also equally taxing on the wallet.

Take for example, this recipe of raising an infant to a toddler:

231 days in the infant care

Voila, you have successfully raised a toddler. ONE kid. Slightly exaggerated numbers but you get the drift.

Now, multiply expenses by the number of kids you have.

Steam. Shagged. No puns were spared for this article.

Newsflash, boomers: this generation doesn’t have it as easy as you may imagine. In fact, every generation has its own struggles.

Time spent with my folks and my kids.

So now you kinda get why I’m so affected. Because at the heart of it, the biggest fear I have is that I neglect both slices of bread because I’m trying to make ends meet.

So I guess it’s kinda good to have some help in sorting out details like remembering immunisation jabs, looking for government schemes and merchant discounts for my folks.

Like what they always say: “There’s an app for everything.”

In a nutshell, Moments of Life, developed by GovTech, is an app that supports Singaporeans at different milestones of their lives.

It currently supports families with children aged six and below and seniors aged 60 and above, providing useful services and info on a single app.

Its key features include: 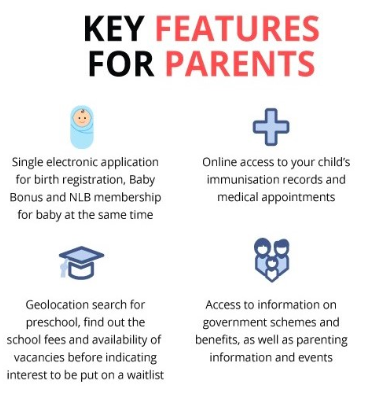 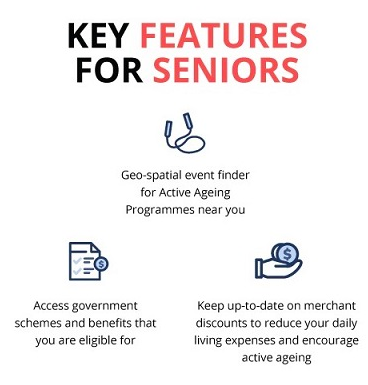 And this is how the app looks like when you boot it up.

You can download the app from the Apple App Store or Google Play Store. And for downloading this app and giving your two cents, you stand to win a Samsung tablet. 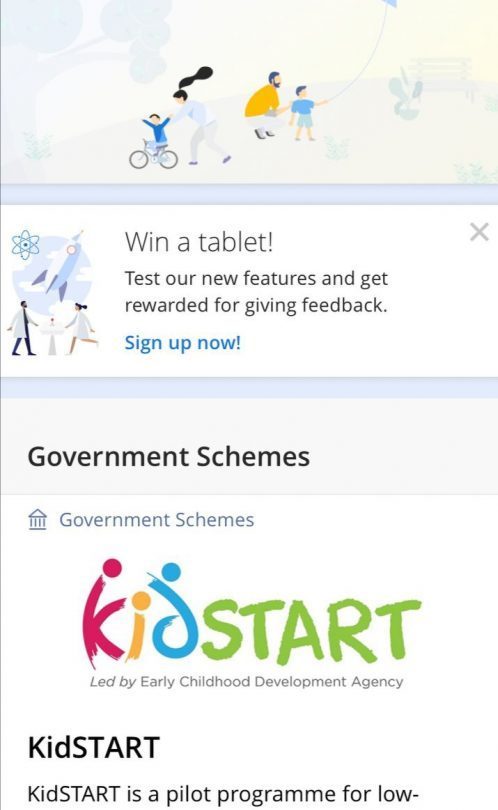 Just look out for that "Win a tablet" banner.

At the end of the day, being in the Sandwich Generation is manageable. The most important thing to do is really to stop and smell the flowers (or soiled diapers) sometimes.

To end this long and winding article, here’s some new adjectives for the boomers’ consideration.