A video of the announcement was uploaded onto Cowell's SYCO Entertainment Twitter page on Nov. 6.

You’ve heard it from Simon. The X Factor: The Band is coming and we need YOU! You only have days to apply so follow the link below to submit your audition! Good luck 🙌https://t.co/KAmOauMu9w pic.twitter.com/ahF5CZHzvj

Cowell stated that the show will premiere on December 2019.

Solo singers over the age of 16 can audition for the show.

The video garnered a lot of attention, but not for its intended purpose.

In his announcement, Cowell said:

Right now, K-pop you could argue, is ruling the world.

In an interview with The Sun, Cowell elaborated on the show's objective.

He admitted that he wanted to find a new music group which can rival internationally successful K-pop bands such as BTS.

"K-Pop is ruling the world. This is a show to find a band to launch UK-pop.

Naturally, K-pop fans all over the world were not too keen on Cowell's idea.

K-pop fans criticised him for stealing and discrediting K-pop's culture, which took years and a lot of effort to reach its current status. 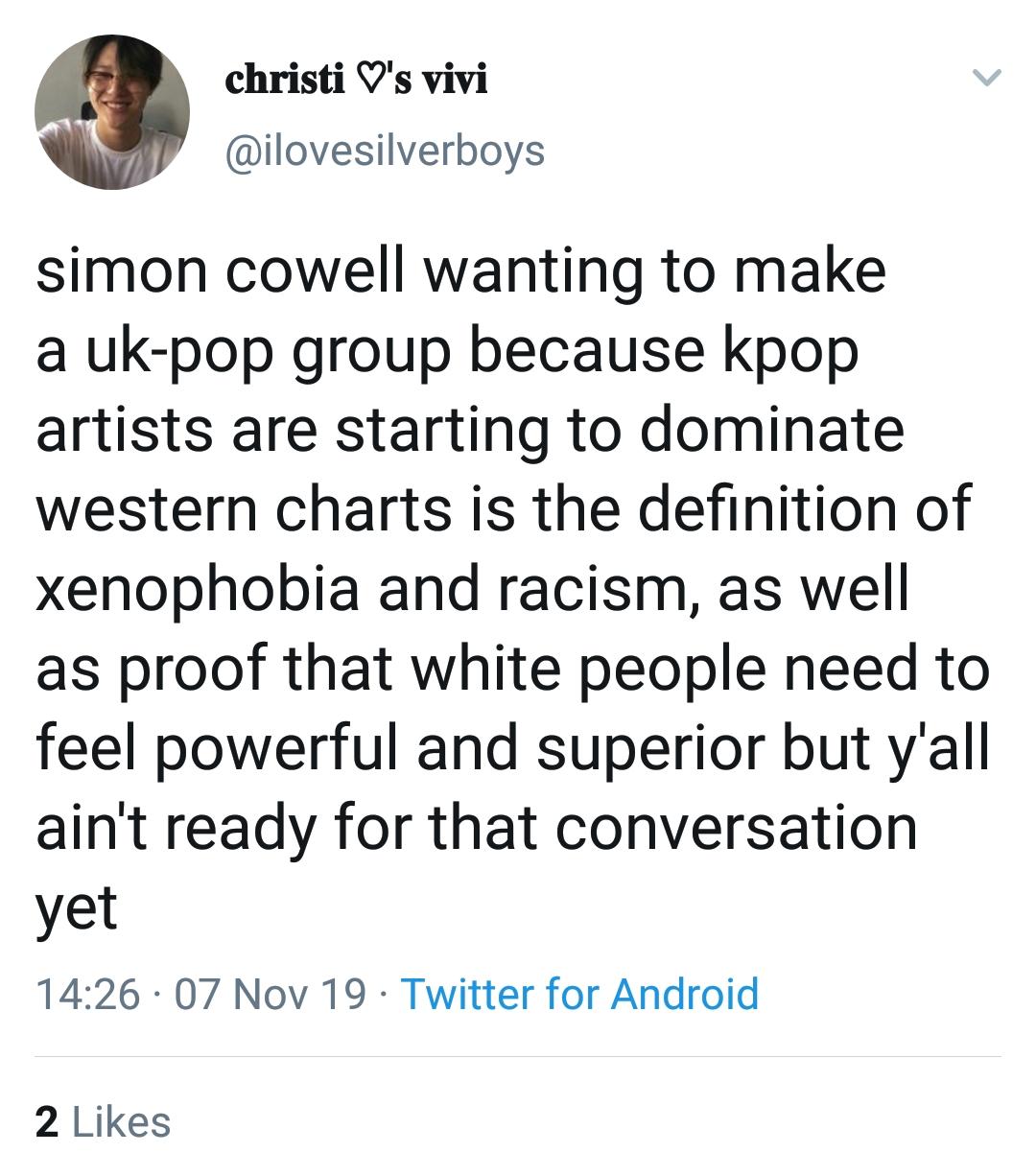 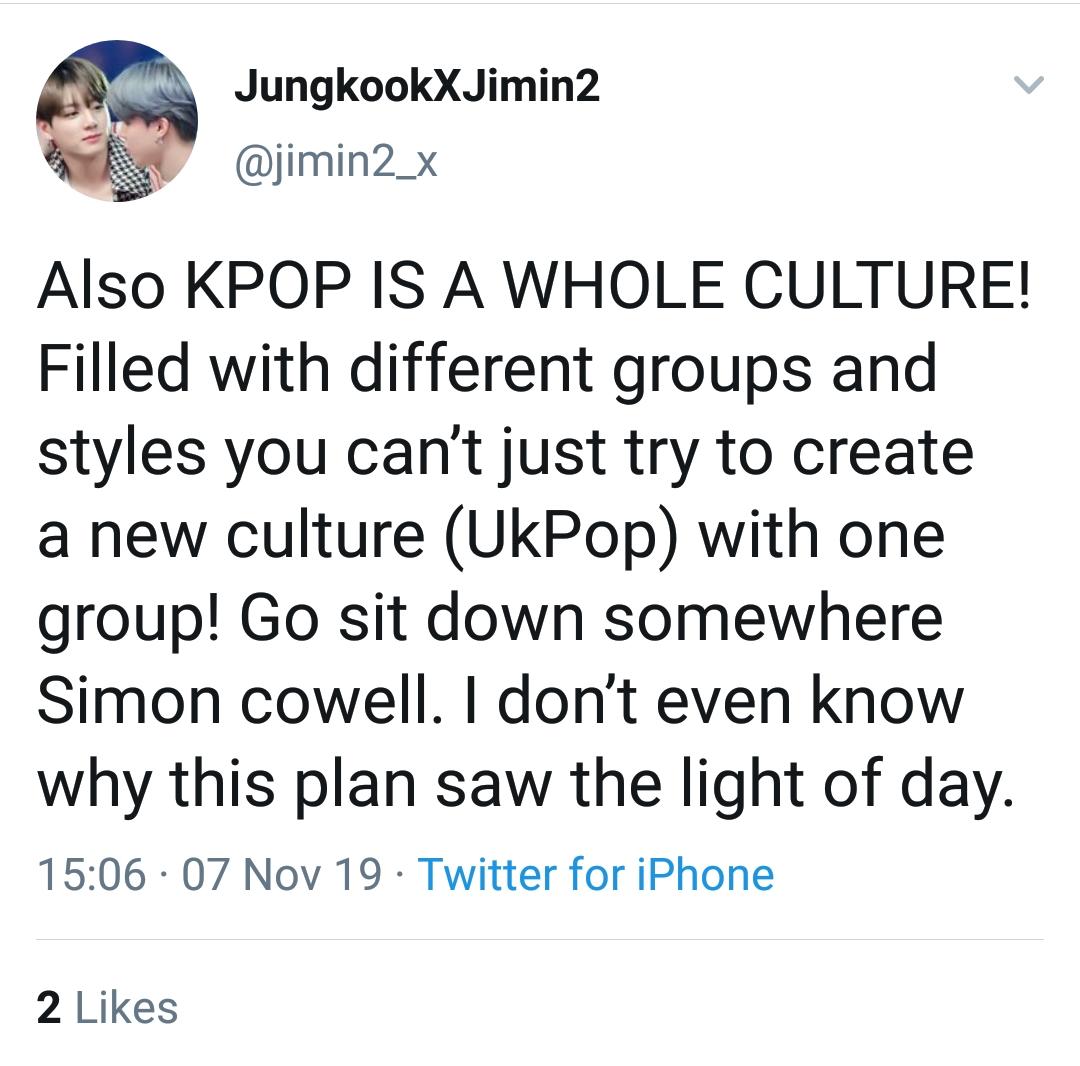 Others argued that 'UK-pop' is already a thing. 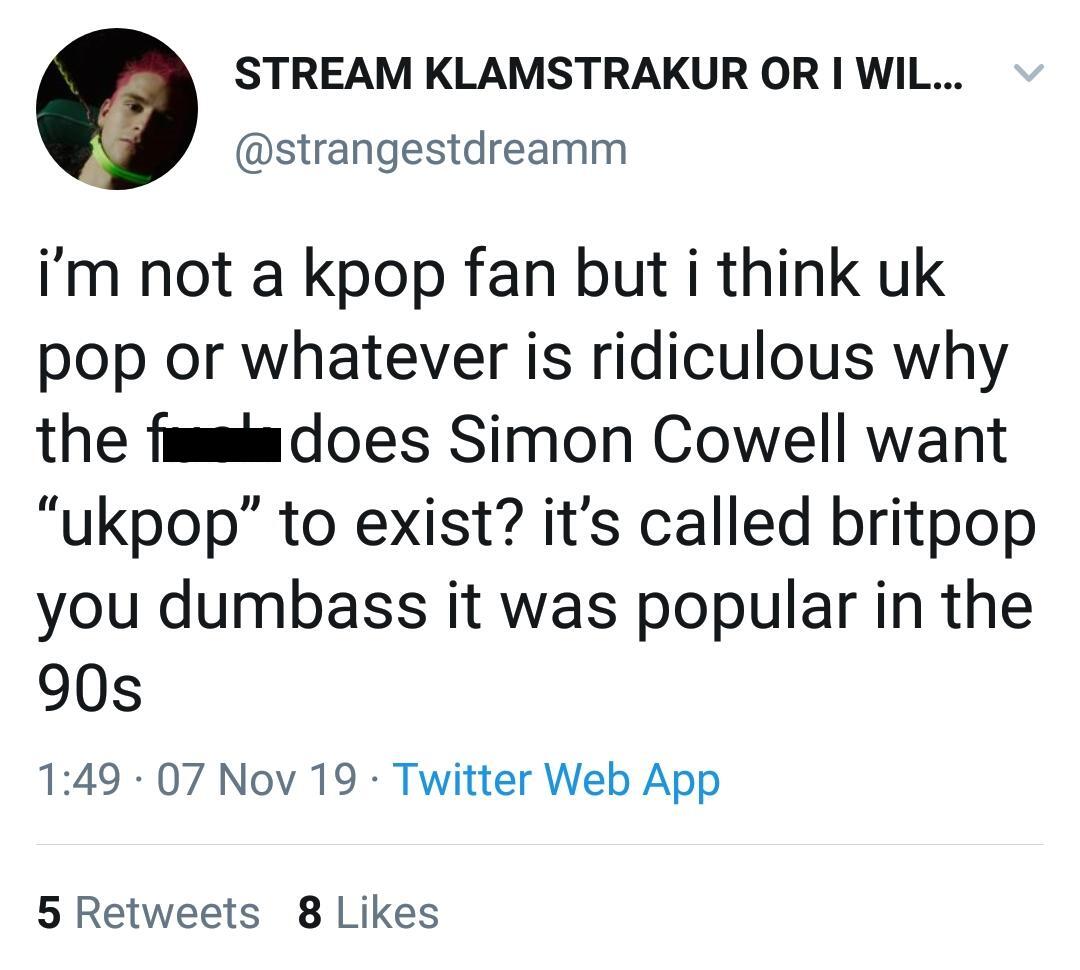 However, a few could not comprehend why fans were creating a big fuss over essentially nothing. 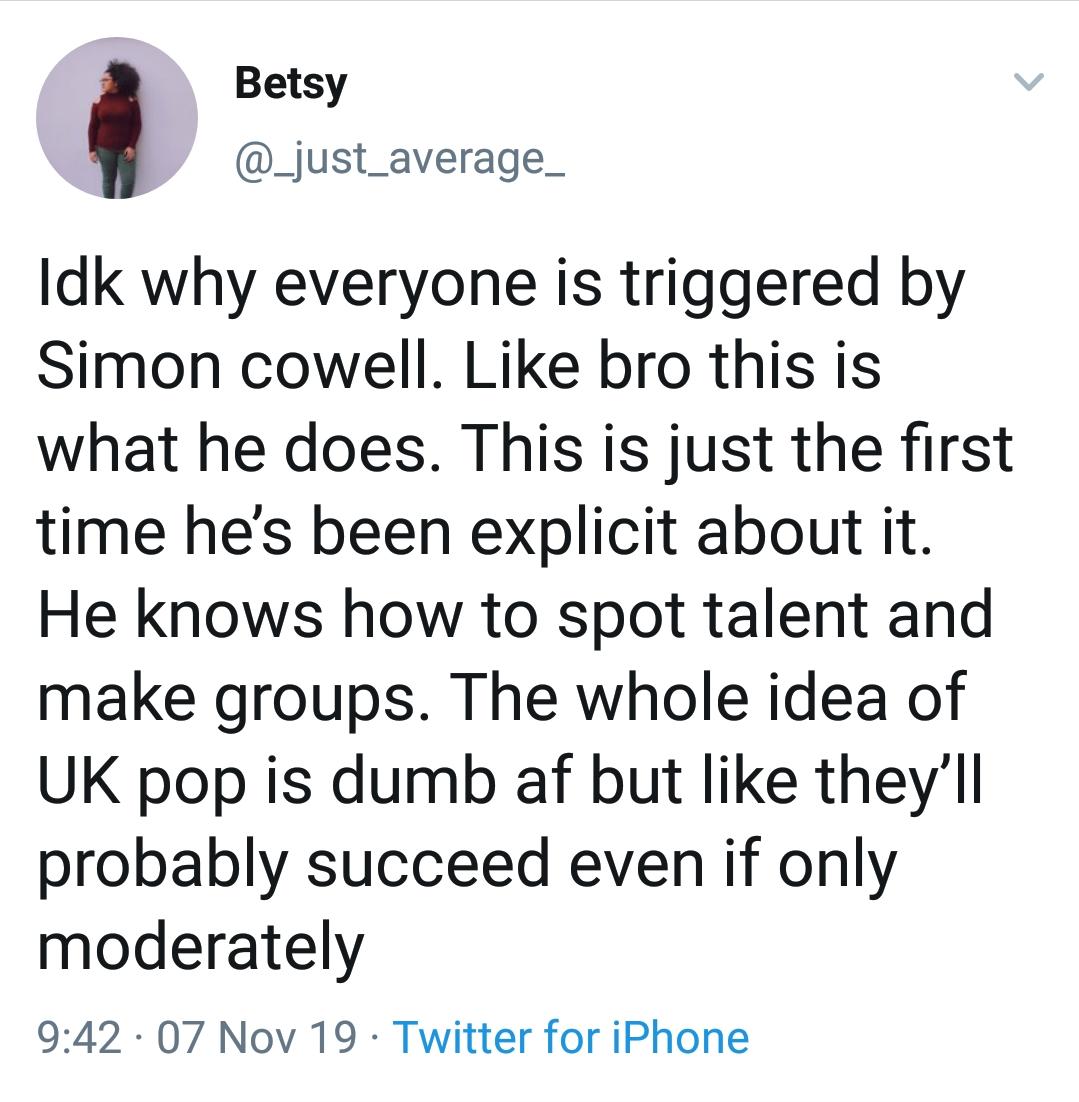 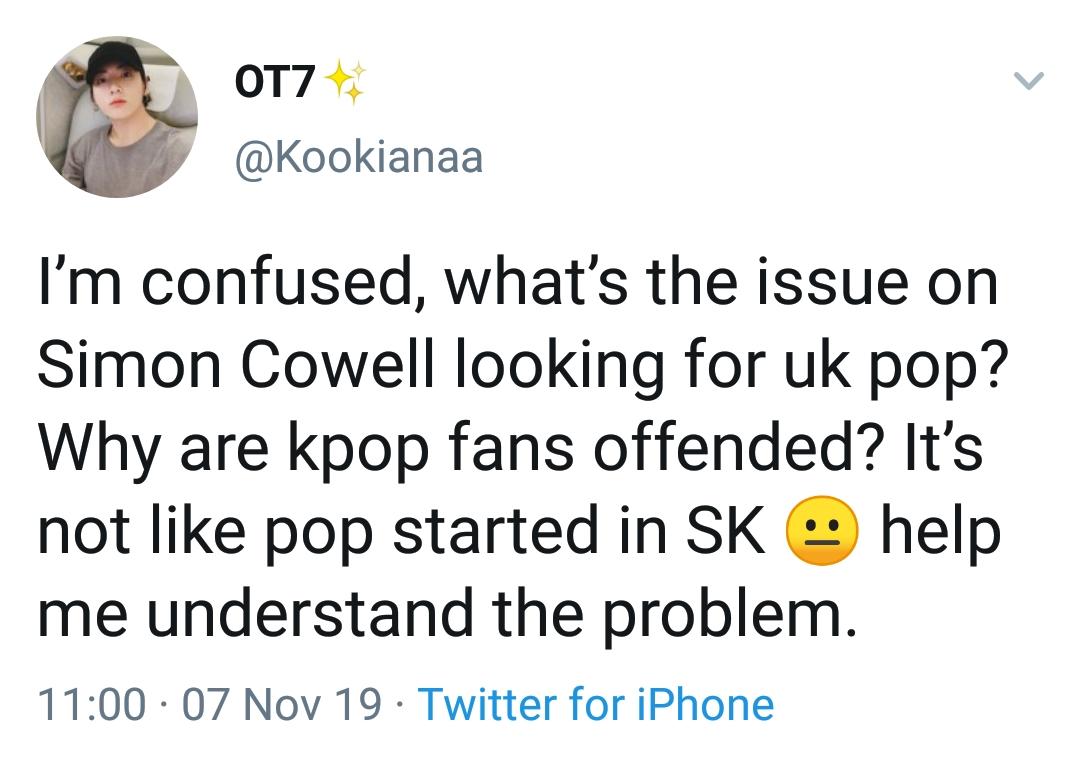 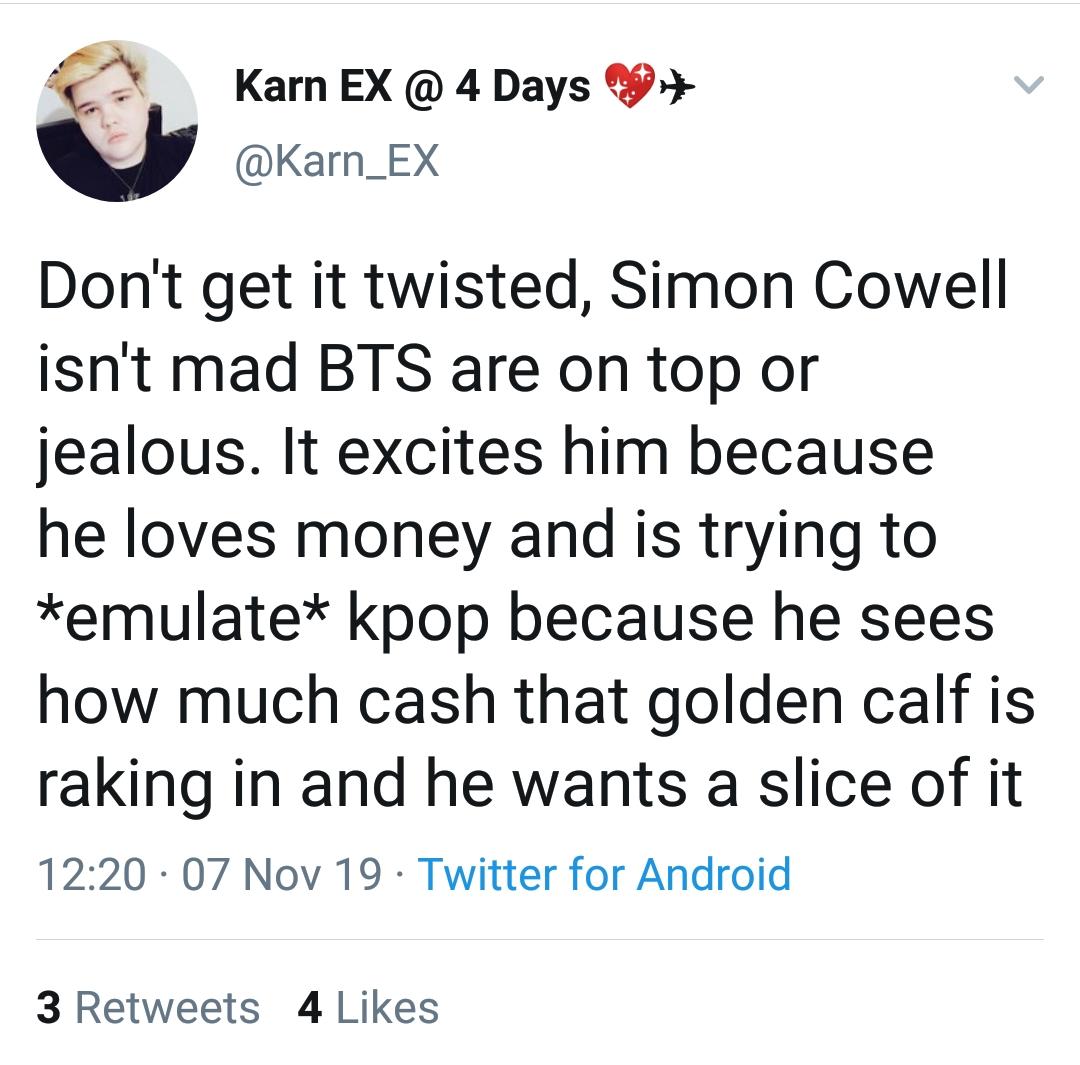 Which is very true, here's an article where Cowell gushes over the impact K-pop has had on the industry.

And just like every other controversial issue in the world, there will be the inevitable flood of memes and jokes. 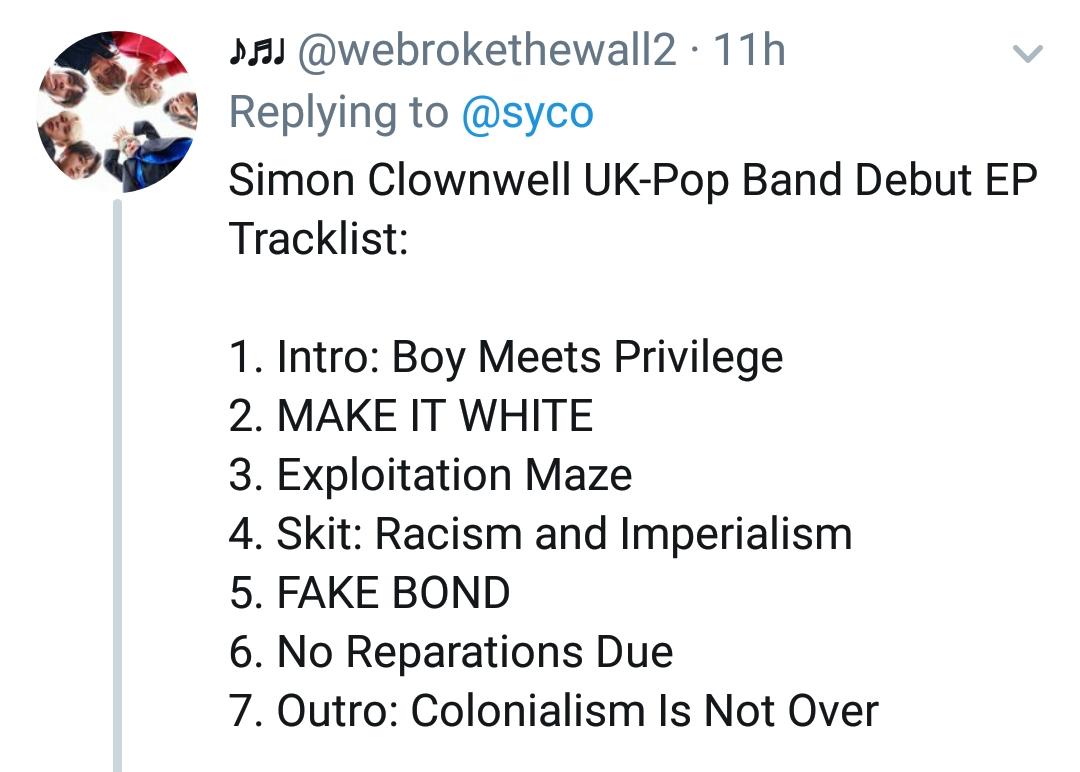 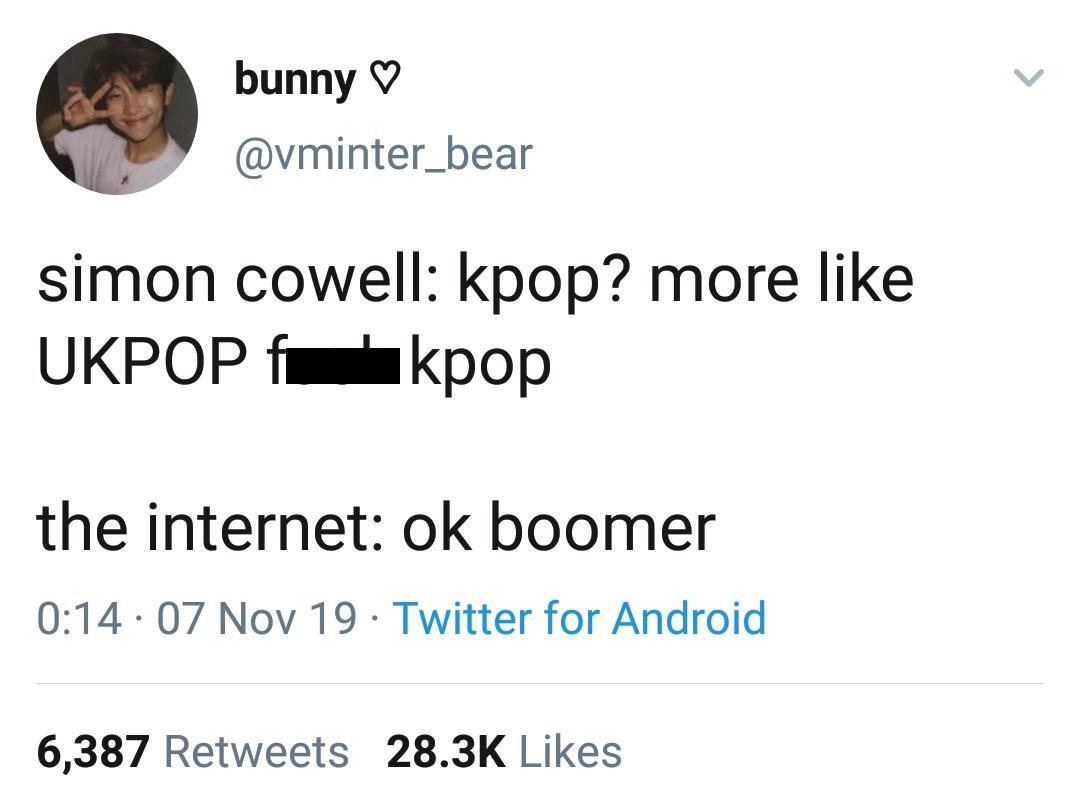