There's been a concerted effort by all stakeholders of Singapore's education system to play down the importance of grades, especially for PSLE.

Hashtags like #lifebeyondgrades have attempted to downplay academic results by showing prominent figures or people with less-than-traditionally-considered-ideal PSLE scores who have still done relatively well in life.

And it was a timely message.

Because placing absurd importance on an exam a few years removed from the time one is whiling their time away watching "The Teletubbies" or "Dora the Explorer" seems almost comical on hindsight.

Even report books aren't exempt from this changing culture. Now, they no longer display one's class or level positions.

Which is great, because these type of rankings... 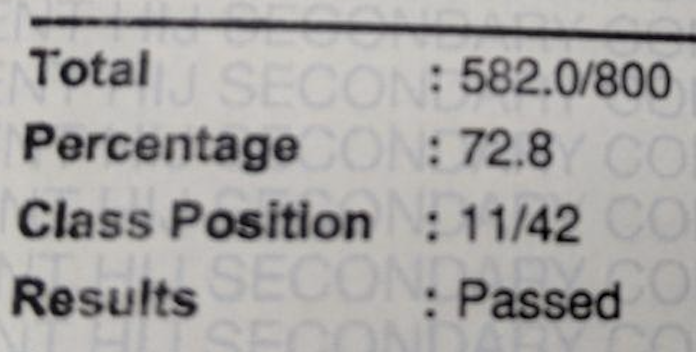 ...should, rightfully, neither define nor impact students too much in their overall self-evaluation.

Thankfully, though, there is a section underneath that feels like prime real estate for shifting the focus from grades to more well-rounded emphases on character.

Basically, the remarks written by teachers.

Because who better to describe a snapshot of who you are, and the personality traits you should take more pride in, than a teacher — a figure with the wisdom of age, who has the experience of guiding our youth?

To see if there are any significant overlaps or trends related to this significant section of one's report book, I gathered about 10 for non-scientific study and analysis.

Range of remarks in report books

There do, however, appear to be some slight gender differentials (once again, this is based on my extremely limited sample size).

The remarks in the girls' report books seem to have lengthier, and generally more comprehensive comments, compared to those those for the boys.

But again, this is a terribly small sample size, and it could very well be that these specific female individuals just warrant more being written on them, which is definitely the case as grown-ups.

There are also some real thoughtful remarks focusing on character traits that I can still clearly see in the respective individuals today.

One of the more common refrains in the remarks are how students "can improve", mixed with a mish-mash of "if they put their mind to it", "just try harder" and "be more disciplined".

Which makes sense. Technically anyone can improve, so this has got to be true.

But this leads me to wonder: Is citing the need for improvement in specific subjects really necessary considering there are already numerical representations of the grades attained at the top of the page?

No need to reinvent the wheel

Now to be clear, teachers are already real stressed out, and overworked as it is.

To craft a character arc for every individual student might just prove to be the proverbial final straw for them.

But perhaps there's a healthy spot in the middle of a spectrum that sees one end being lengthy prose about each student, and merely restating what his or her grades say.

Take, for instance, this particularly insightful remark I noticed while flipping through the report books:

Sure, it's a one-liner on the extracurricular activity that a student took part in, with no additional descriptions on the personality of this student whatsoever.

At least now I can also infer that the student, apart from needing to improve in math, also fears social interactions with members of the opposite sex.

The pressure of how one performs academically will never be completely alleviated when you are schooling, that's just the nature of schooling life. So perhaps dedicating every inch of a report book to analysing which subjects a student needs to improve on might be a tad overkill.

If character, or personality, matters as much as grades, then perhaps real estate dedicated to plotting a semester summary should reflect that.

Basically, got room for improvement.