Students in Singapore are not strangers to working hard, but a cram school in China may prove to be too harsh even for the most hardworking among us.

A video of students at Hengshui High School, in Hebei province, featured students reading from booklets even while waiting in line for food, showing that they did not want to waste any time at all.

According to Shanghaiist, these students have to get up at 5.30am daily to begin studying, and spend at least 12 hours a day in class.

They are reportedly only given 15-minute breaks for meals, and are expected to be studying even while waiting for their food.

In order to avoid falling asleep from exhaustion, students stand up and recite the material out loud.

Students are also not allowed to have close contact with classmates of the opposite gender, which prevents them from being distracted from their studies.

This is part of the strict military-style discipline that the school imposes on all its students, in order to ensure that students do well in China's gaokao.

The gaokao is an all-important examination taken by Chinese students in their last year of high school, and is ranked among the toughest national examinations in the world.

Doing well in the gaokao is vital in allowing students to enrol in the country's most prestigious universities.

The students also partake in a ceremony annually, 100 days before the start of the gaokao.

The ceremony takes place in an open field, where students are told to shout their determination in scoring well for their examinations, and to motivate each other.

The sheer scale of the ceremony resembles a military parade, echoing the school's strict military-style discipline. 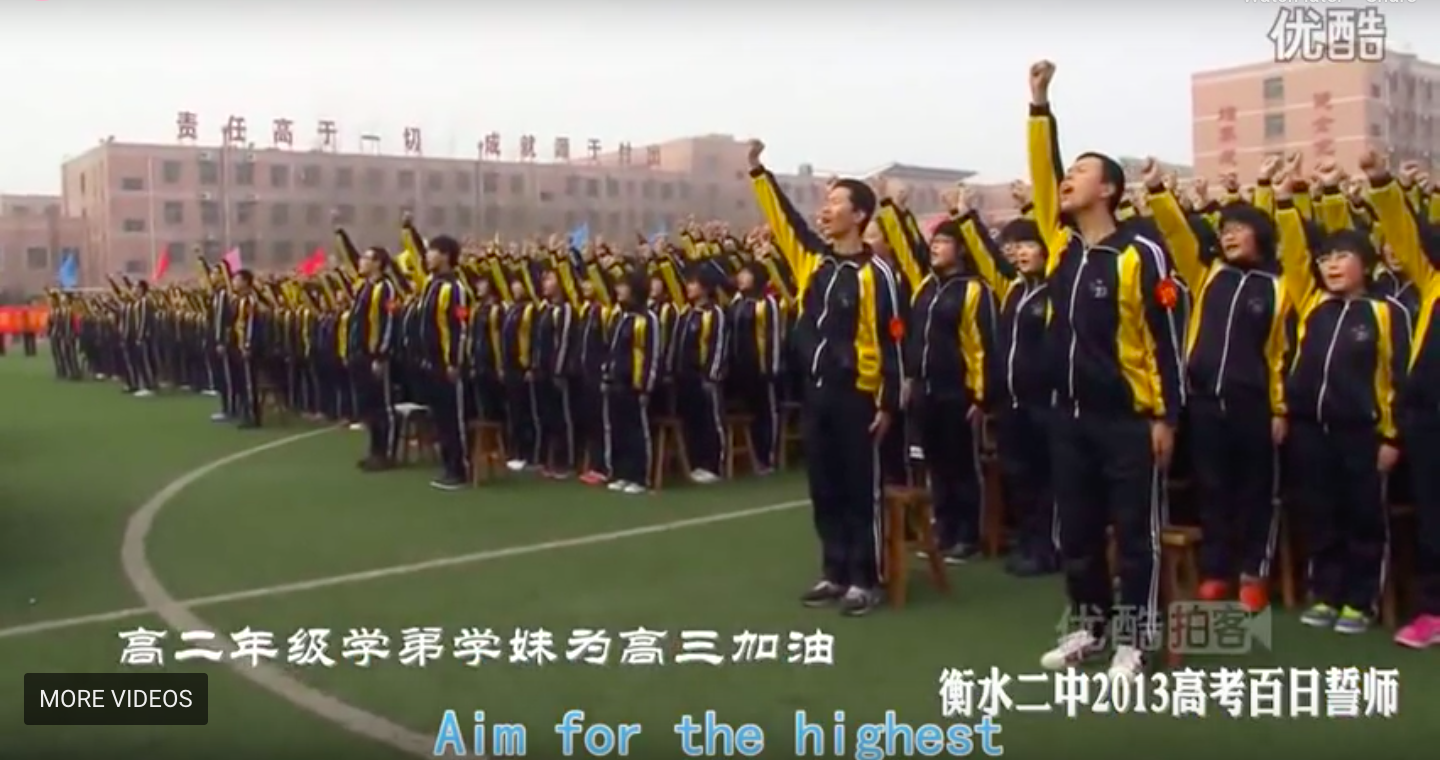 However, the military-style schooling appears to be highly effective.

In 2016, 139 pupils from the school made it into Peking University and Tsinghua University, China's two top universities.

This number was the highest among all Chinese high schools that year, according to South China Morning Post.

The school has been dubbed China's "gaokao factory", and has set up 18 branches in underdeveloped areas across Hebei, Henan, Anhui, Sichuan and Yunnan provinces.

Although the school's methods have received strong criticism by education officials and experts, it remains popular among local families, who see it as a way to lift their children out of poverty.