The Joker movie has been screened worldwide to mostly positive reception from audiences.

Numerous fan theories have sprung up in its wake.

Movie-goers have been left guessing the meaning of what certain portions mean.

The open-ended nature of the scenes -- something the director Todd Phillips said he has no desire to fix -- was also the result of the Joker/ Arthur Fleck being an unreliable narrator.

One Chinese YouTube channel, Da Cong Kan Dian Ying, which reviews both Western and Chinese movies, has joined in the conversation.

It took apart and analysed some of the scenes of this standalone DC film.

Here are some of its more unique theories in the 40-minute YouTube video.

1. Arthur switched to his left hand whenever the Joker surfaces

In the movie, Arthur Fleck is a right-handed person.

He uses his right hand when he smokes, and when he puts on his clown makeup. 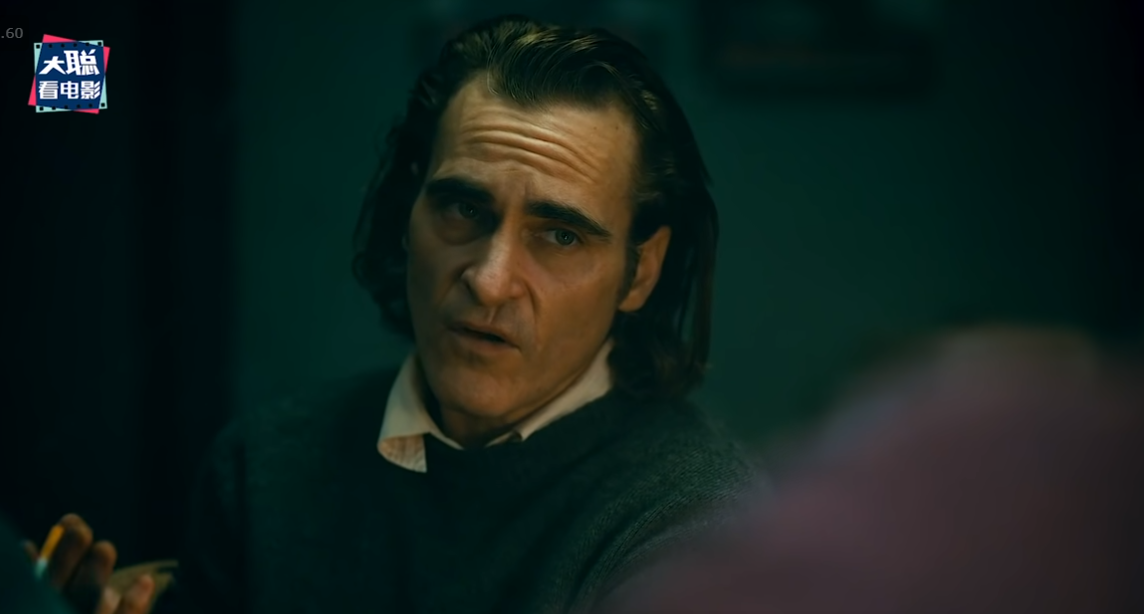 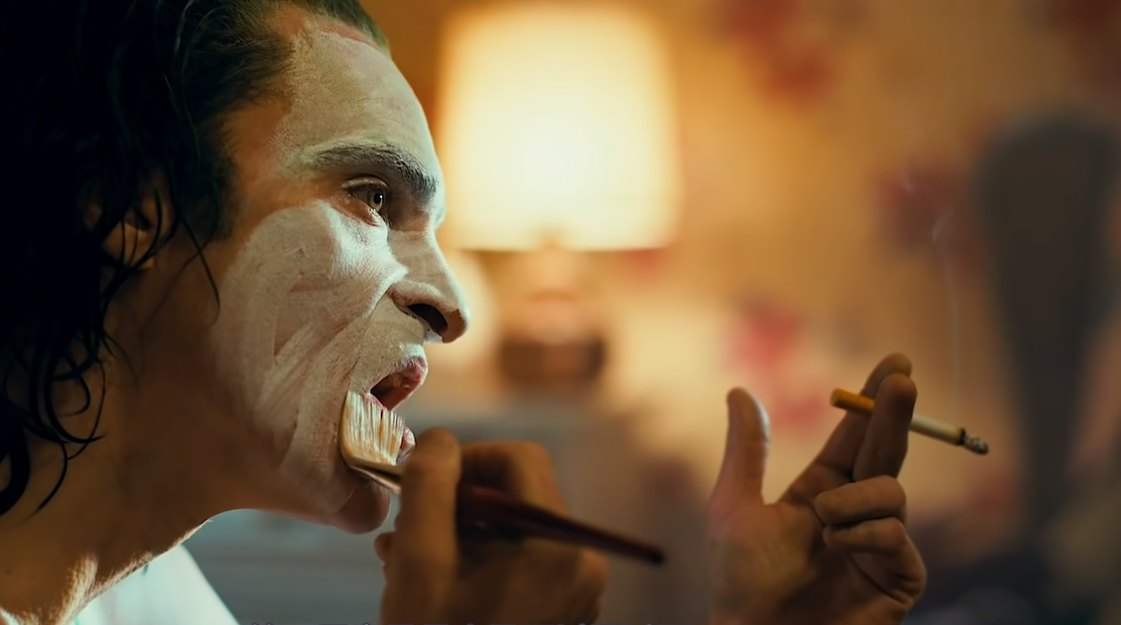 But occasionally, he can be seen switching over to his left hand instead.

While he might have simply been ambidextrous, the YouTube analysis put forth a unique theory that hasn't really been covered by the English-speaking part of the Internet.

Fleck, for example, is always using his left hand whenever he fires his gun.

Fleck was holding his gun in his left hand when he accidentally discharged it in his home. 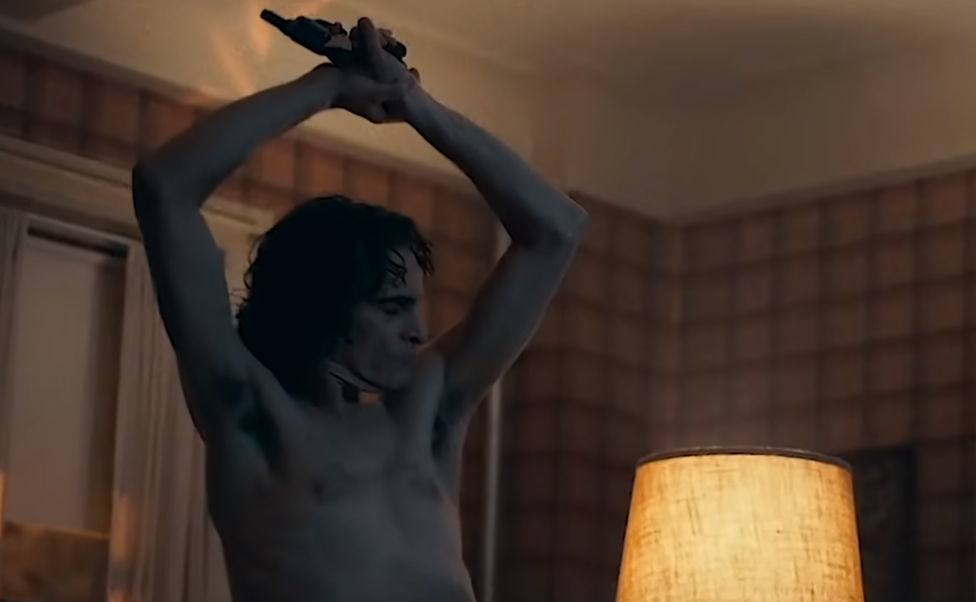 He also used his left hand to shoot the three bankers on the subway. 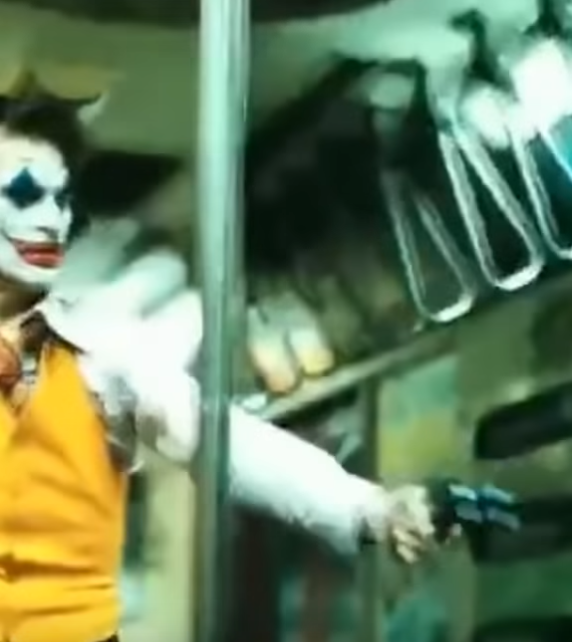 In another scene, he writes, using his right hand, the words: "The worst part about having a mental illness is": 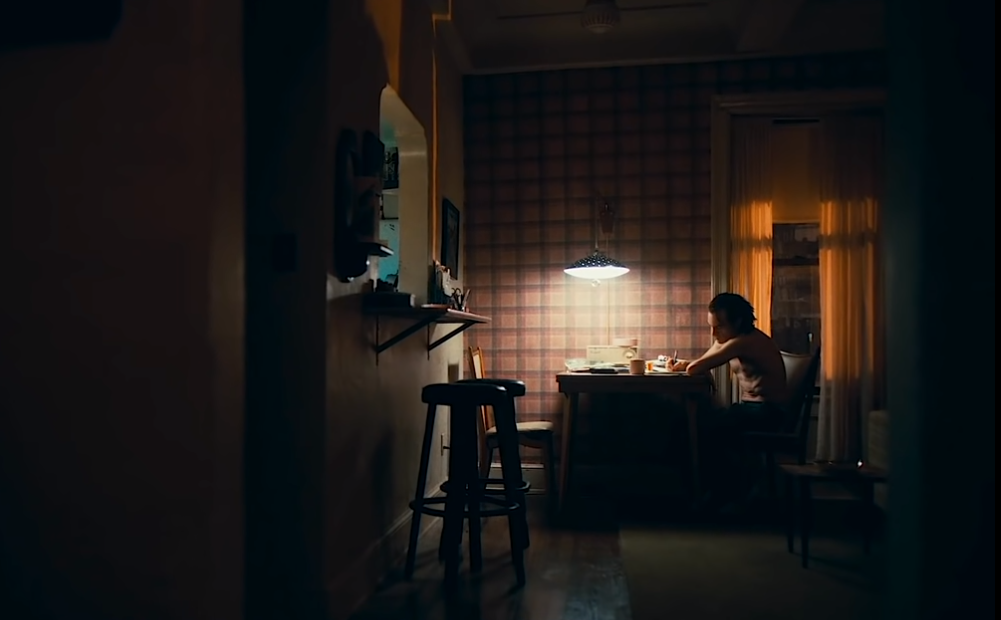 He later switches to his left hand to complete the remaining sentence: "People expect you to behave as if you don't".

When he draws the smiley face in the "O", it represents the Joker in him trying to find a sense of existence.

However, the video did not account for why Fleck used his right hand to stab Randall, his former clown colleague.

But this scene can be explained as a figment of Fleck's imagination, where he cannot be depended upon to tell the story as it happened.

That murder could have been fantasy, or how he imagined it happened or wanted to happen.

A clue that this scene is part of his delusions was that he picked up the murder weapon -- a pair of scissors -- before he opened the door to let his colleagues in.

Also, he let Gary the dwarf leave, despite him being a witness to the gruesome crime.

However, it can also be explained as Fleck finally coming to terms with his identity as the Joker, which means there is no longer a need for the Joker to show himself only through Fleck's left hand.

This might explain why the Joker switched back to his right hand to smoke a cigarette while he was walking in the subway station after he finally gave in and allowed this particular persona to take over his being. 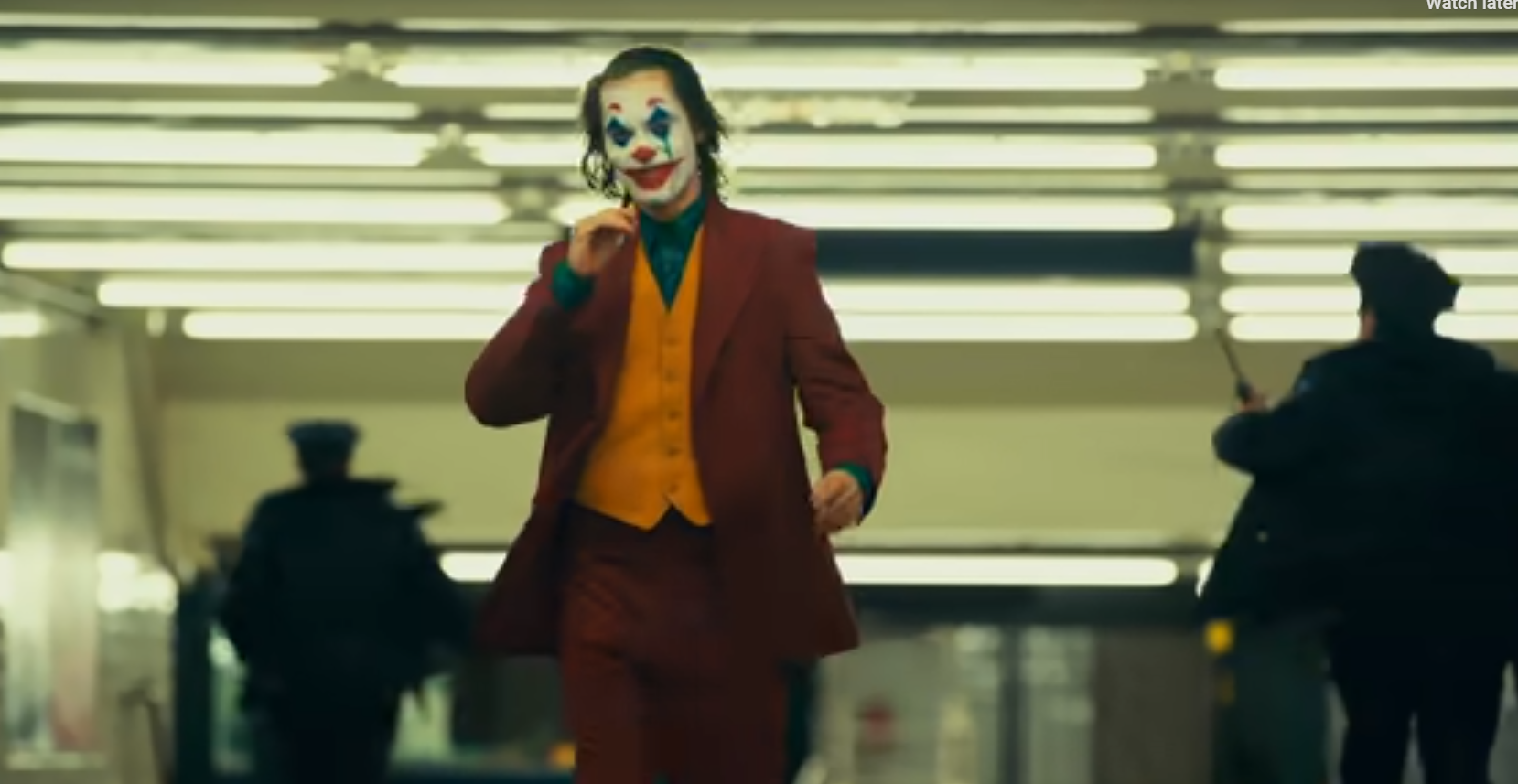 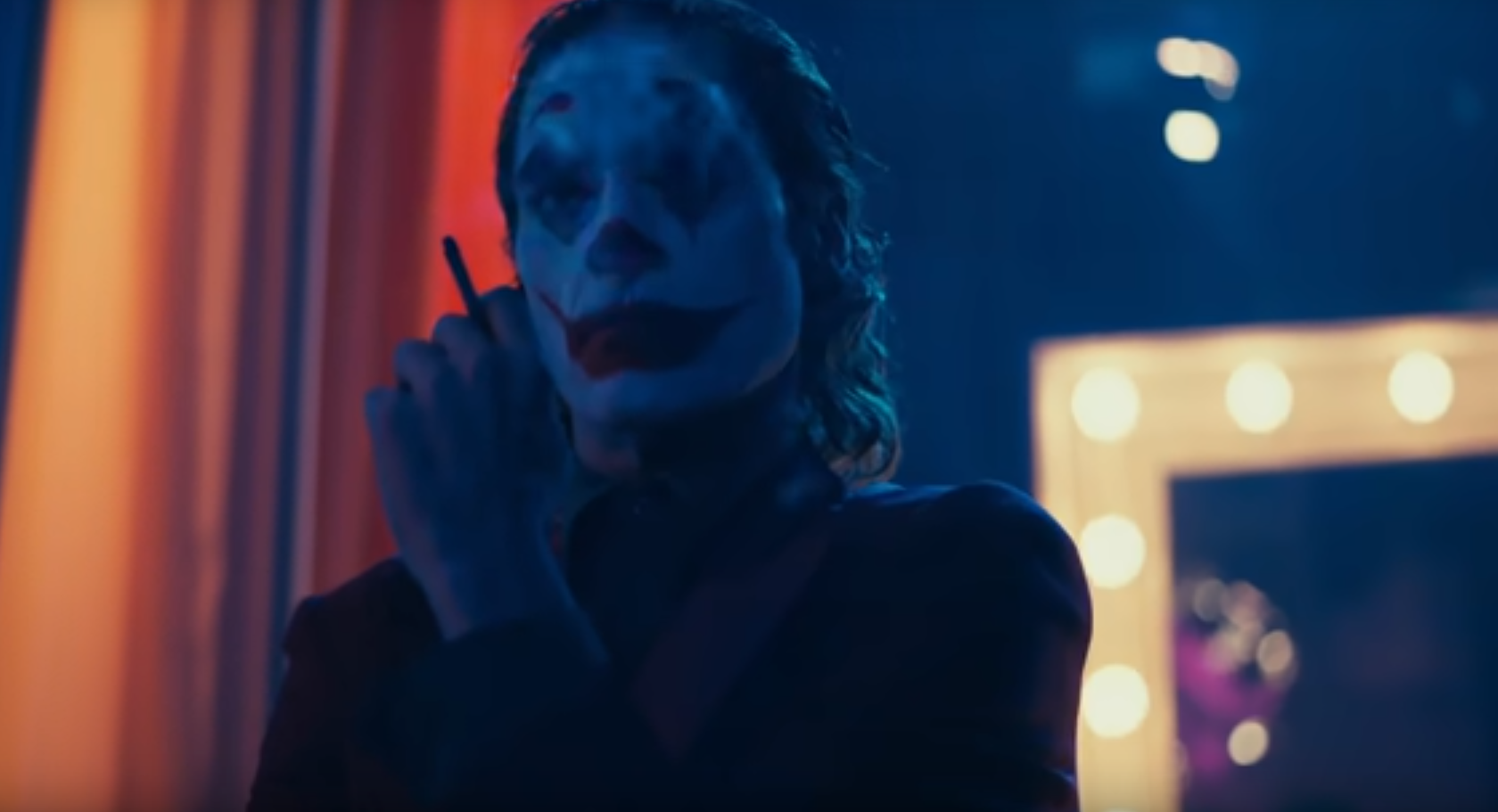 But that's a pretty cool theory.

Fleck was seen multiple times throughout the movie conversing with a therapist in a social services office. 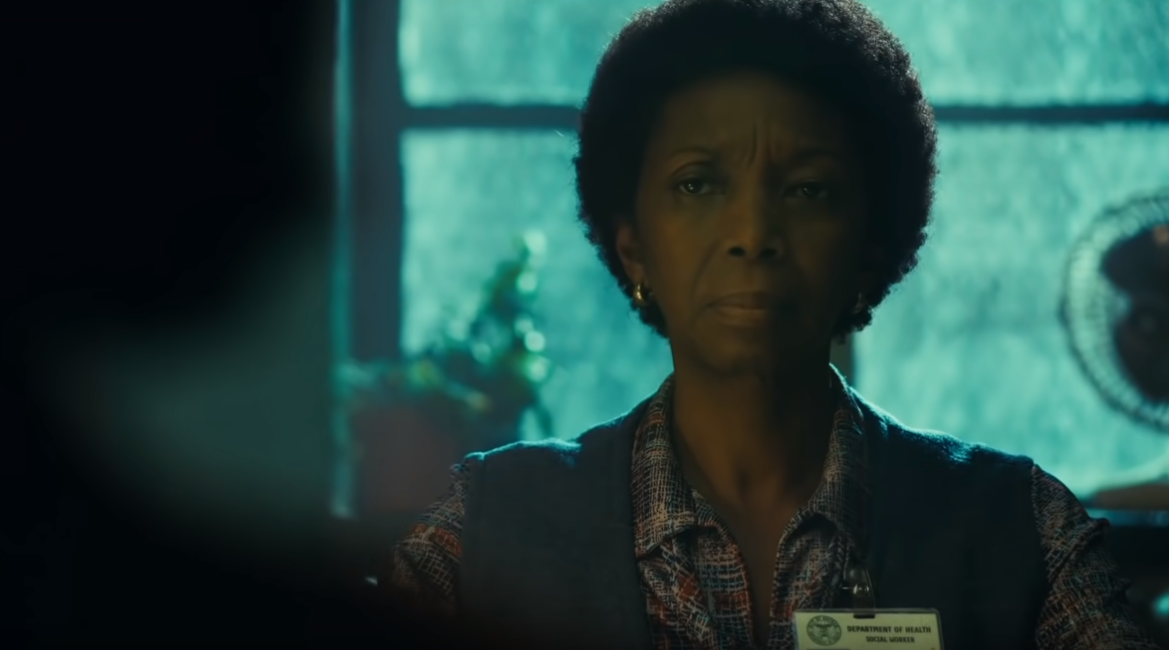 In the first of such scenes, the clock displayed prominently on the wall behind him showed the time to be 11:11. 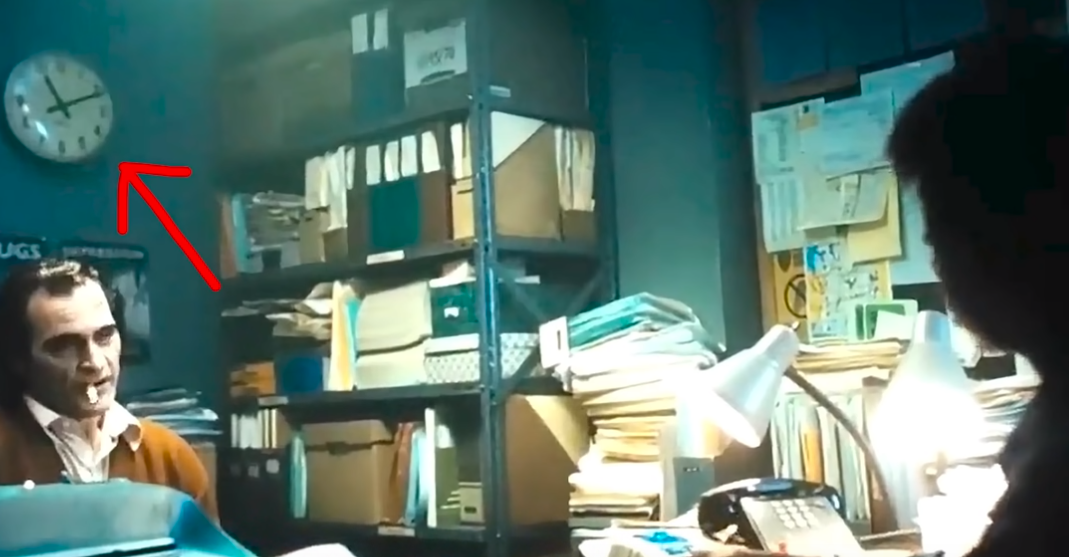 The therapist had asked Fleck where he preferred to stay, and Fleck had replied the Arkham State Hospital.

That was when the movie cut to the scene of him banging his head against the door in an all-white cell.

The time shown on the clock in the cell also happened to be 11:11.

This suggests that the time with the therapist did not happen, and that Fleck was simply conjuring up the scene in his mind as he remained locked up in the cell.

However, Phillips himself has dismissed any theory linked to the 11:11 on the two clocks as a "coincidence".

In addition, the Chinese analysis posited that the scenes with the therapist were conjured by Fleck as a cry for help.

However, towards the end when Fleck was finally giving in to his other (or true) self, there was a scene where the therapist broke the unfortunate news to him that the government had pulled the programme, which meant Fleck could no longer receive whatever meagre help he had been getting from social services.

The video had posited that this meant Fleck had finally embraced the Joker, and no longer needed whatever imaginary help or comfort he received from the state.

But if two is a coincidence, then three is a pattern.

The 11:11 clock face also appeared in the scene where Fleck was "punching out" for work after he got fired from his clown job. 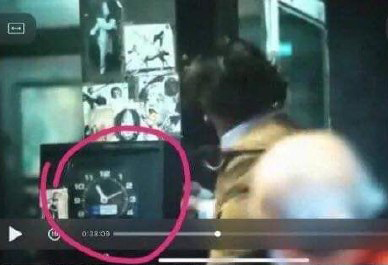 Is this Joker THE Joker in the DC universe?

Anyway, going back to the theory of the scene of Fleck in the social services office being an imaginary one, online entertainment website Screen Rant covered it as well.

Taking it a step further, it even suggested that all the scenes shown so far in the movie were simply in the Joker's head.

To understand this, notice that Fleck was wearing the same white outfit that he was wearing at the very end of the movie when he was conversing with another therapist at the asylum -- the scene just before he walked down the corridor leaving behind bloody footprints.

If this is true, the Joker in the DC universe might not have been Fleck, but someone else who perhaps took inspiration from this earlier iteration of the Joker.

Or, we might just be getting it all wrong.

After all, the Joker said, "You wouldn't get it."

You can watch the entire Chinese analysis here: